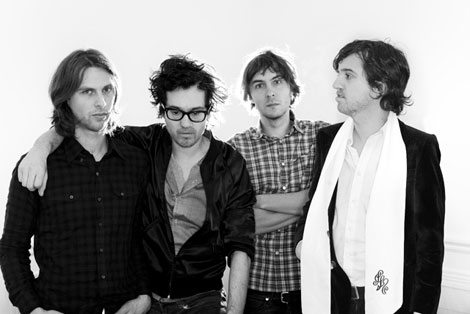 Pink Mountaintops, Tobacco, My Latest Novel and Dan Black all come under scrutiny – but there’s no doubt which record is the sound of the summer. 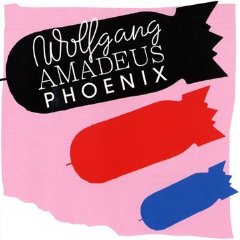 Phoenix: Wolfgang Amadeus Phoenix – Album of the Week
Cooperative Music/V2
Everyone must have experienced the holiday from hell syndrome as a child. Mine, being the son of a pair of history-mad schoolteachers, was being dragged with my wee sister, round a bunch of chÃÂ¢teaux in Northern France.
Invariably, to a 10-year-old’s eyes they all looked the same (except this beast) and coupled with grey skies reminiscent of a day out in Bournemouth with marginally better scran, holidays sometimes sucked.
One upside: this was way before the days of the Sat Nav. Thus we’d race around, regularly getting lost in the French countryside with the stereo blasting out Fleetwood Mac, ELO and if we were lucky Prince. This often felt like the holiday itself, being strapped in on the backseat, with the windows wound fully down and belting softrock blasting out the creaky black plastic speakers in the doorwell.
WOOOOOOOOOOOOOOOOOSH! I used to love going on holiday.
Welcome to this summer’s best record – hands down.
8.5/10
For fans of: Zoom, Mini Milk and Twister ice lollies.

Something to brighten your days. 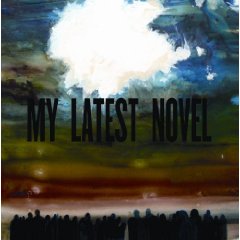 My Latest Novel: I Declare A Ceasefire

Dan Black: ((Un))
Polydor
He may look like a T4 presenter and his musik is so on message – glittery electro tugging your heartstrings/perfect for summer evenings – you’d think he was sponsored by Twitter and signed to Spotify.
But he’s more than a one-song charlatan (that Biggie rip-off is reworked and rechristened Symphonies here) and ((Un)) satisfyingly flits between squelchy funk and toasty-warm heart-on-the-sleeve balladry.
Like a soak in the bath, you wouldn’t want to linger in it for too long, but ((Un)) serves as more than promising introduction.
7/10
For fans of: Chrome kitchenware, disposable cameras, Midnite Vultures-era Beck.
Dan Black in Liverpool. 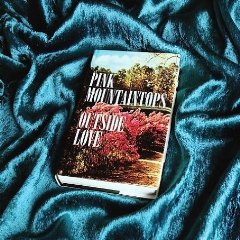 Pink Mountaintops: Outside Love
Jagjaguwar
The words ‘side’ and ‘project’ within the context of bands could often be swapped with ‘why’ and ‘bother’. Or ‘Jack’ and ‘White’.
But where The White Stripe bro sits in the red corner investing his unquestionable talent in groups with diminishing returns, there’s ol’ lovely hairyface Stephen McBean sat in the blue one cracking off oceans of beautific magnificence in the finest non-dayjob band in existence – Pink Mountaintops.
While previous record, Axis Of Evol, excelled in subtle woodbine-infused cooky folk, this time round he’s pushed the boat out in much the same way he did with his major league force Black Mountain‘s In The Future.
Like a big cave party, sporting cavernous organ, fuzzroller guitars, Amber Wells‘ powerful howl – part hymnal, part primal – and joyous outpourings of singalong magik, Outside Love is a communal, cosy love-in with added hugs.
This is of course is a cave party we’re talking about, so don’t expect natural light or jelly, but when the band’s singing: ‘Everyone I love deserves a holiday in the sun, almost everday, til the lines are off their backs,’ you can’t help but think ‘aww, cheers Stevie.’
8/10
For fans of: Wax models, paper boats on lakes, glass-blowing.
http://www.myspace.com/pinkmountaintops

While We Were Dreaming