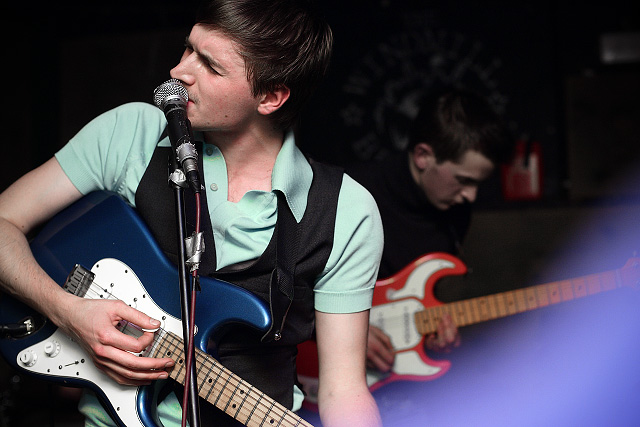 Can’t get enough of those dirty beasts.

Wild Beasts: Two Dancers – Album of the Week
Domino
Going on holiday always puts into perspective what a pigsty English city nightlife is. Recently returning from Krakow was an altogether scalpel-sharp reminder of Europe’s finer pleasantries to our contrasting zoo-slop mentality.
Where they have picture-book medieval taverns with walls decorated with sacred tomes and elaborate wax-encrusted candelabras, we’ve Danny Dyer prints and Blu-WKD vomit-stained floors. They’ve ‘drink-til-the-last-guest-leaves’ policy which results in chilled evenings of merriment accompanied with bowls of grapes and cheesesticks, we’ve ‘let’s-all-get-wellied-before-the-bell-rings,’ culminating in rat kebabs and a chance kicking from a scall in a Lacoste trackie.
Wild Beasts, like the Travis Bickle‘s of Kendal, want to wash this all away. All the whores, skunk pussies, buggers, queens, fairies, dopers and junkies. Wash them all away.
That they wrap up their contempt with the most sexually-charged (‘This is a booty call; my boot up your arse hole‘ – The Fun Powder Plot// ‘We wiggle and kick like bobbing bate and wait for a bite‘ – This Is Our Lot), neo-Dickensian whoops – courtesy of beguiling chief vocalist Hayden Thorpe – makes for one of the great British records in recent years.
Like their spiritual forefathers, The Smiths, the Beasts are at their core a four-piece, white-boy guitar band, but it’s their incisive knack at taking the familiar traditions, turning them on their head and injecting woozy, swirling time signatures amid oceans of chiming guitar and plumes of fuggy breakdowns which single them out from their peers.
And for all their caddish lyrical venom, as standout All The King’s Men attests (Girls beneath me, girls before me, girls between me; You’re birthing machines and let me show my darling what that means), you kinda get the feeling that though they deplore England’s grizzly underbelly, the ravenous Beasts wouldn’t have it any other way.
8.5/10
For fans of: Chaucer, Sherbet Moon, cobbled streets.

Sunn O))): Monoliths & Dimensions
Southern Lord
We’re taking bets on where the O’Malley and Anderson juggernaut parks next. I’m sticking my neck out with an all-vocal affair layered so intricately it’ll sound like hellgoats mating without the assistance of lube. Johnny’s holding out for a return to their concrete ambient disco favoured on the White Album while the guys in Probe Records say it’ll be all out folk. Probably called Norwegian Wood.
Anyways, Monoliths & Dimensions is essentially their pop record: Attila Csihar masterfully gargles through 17-minute opener Aghartha, an apocalyptic choir yields otherworldly force behind Big Church and closer Alice is probably the finest noize they’ve committed to tape as trombone, oboe, flute, harp and all manner of orchestration assists the lords of ))) to an incredible finale. Unquestionably, their strongest and most versatile set to date.
8.5/10
For fans of: It features a conch shell being blown to the sound of Valhalla’s gates opening, f’crrristsake – just buy it. 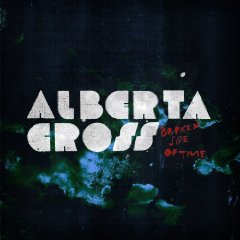 Alberta Cross: Broken Side Of Time
Ark
When New York-based Londoners Alberta Cross dropped The Heartbreaker and the Thief – one of our top three EPs of 2008 – we presumed their debut longplayer would expand on the Ryan Adams tootling Neil Young‘s chops that would have the guys at Mojo spunking into their pantaloons. What we didn’t bargain for was their expansion into canyon-sized riot-riffs dripping with buckets of white-hot danger that recall the time I stayed with an Hungarian immigrant that took his non-licensed Porsche Carrera GT for a spin round the block.
Doing 130 in a speed-bumped 40 zone is something you simply don’t forget in a hurry.
7/10
For fans of: That crack when the jack goes in the amp. 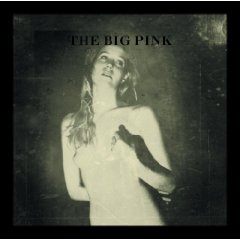 The Big Pink: A Brief History Of Love
4AD
Agh. Those pesky scientist types have returned from their lab where they unearthed The Twang only this time they’ve fished out the remnants from the tank marked ‘left-over hipster’.
Perhaps if you’ve never heard MBV, VU or the Jesus and Mary Chain, this is the band you could fall in love with, but aside from the title track, the crushingly ace Velvet and a handful of others this is an AR man’s wet dream which should have been consigned to the cutting room floor. Somewhere in 4AD’s office’s there’s a whiteboard reading: I Ã¢ÂÂ¥ NYC x Old Blue Last + Glasvegas = DOLLARZ.
5.5/10
For fans of: The Scenester’s Seen To Be Seen In Scene. 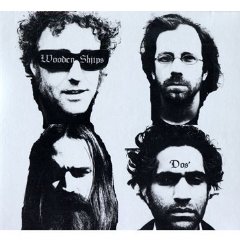 Wooden Shjips: DOS
Holy Mountain
Just when you think there’s no corner left to explore on the psyche-freak-stoner map, Wooden Shjips uncover an unchartered mind-warp which has you reimagining the first time you ever got so monged you woke up face down on your duvet wondering what month it was.
For 40 minutes this San Fran collective refuse to let up from downtown Swampville delivering bass-heavy splattering dirge and fuzztone riffs this side of Neptune before transmogrifying on the 11-minuter Fallin into the spirit of La DÃÅsseldorf projectile vomitting kraut rhythms and the finest motorik organ drone these ears have witnessed all year. WAAAAAAA!
8/10
For fans of: 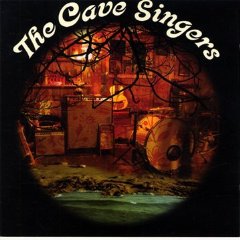 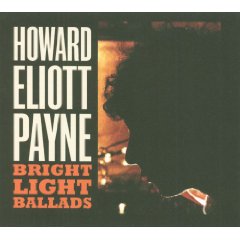 Howie Eliot Payne: Bright Light Ballads
Move City
6.5/10
Having crossed off the big box marked Bob Dylan earlier this year, and been thoroughly underwhelmed, it comes as something of a surprise that musicians continue to ape this spent force.
That ex-Stands chief Howie Payne and the Cave Singers do it with aplomb should be of no surprise at all, yet with their proven winning way with melody it’s such a shame they daren’t stretch their abilities over something far more exotic.
Payne largely plays it by the book, but varies his template with sparse torchsongs (Walk By My Side/Dangling Threads), Nashville cowjangles (I Just Want To Spend Some Time With You) and sister, Candie-assisted lullabies (7 Years) lending Bright Light Ballads a rounded picture of Boo Wilbury.
The Cave Singers, on the otherhand, spend ten tracks cracking off the same ol’ riff and side shuffle that they played out, and bettered, on their debut Invitation Songs. Time for new tricks, dawg.
For fans of: Bob Dylan. 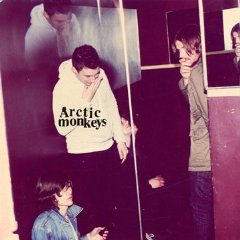 Arctic Monkeys: Humbug
Domino
6.5/10
Josh Homme production, flirtations with Scouse heritage old and new (Beatles/The Coral), Shadow Puppets diversions and Alex writing in the third person.
No alarms, no surprises as Sheffield’s finest keep on keeping on.
For fans of: Does exactly what it says on the tin. 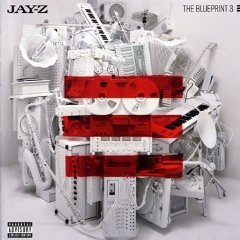 Jay-Z: The Blueprint 3
Roc Nation
6.5/10
It came of little surprise to see NME killing two legends with one stone with their recent cover feature. Both have conquered their worlds and now sit pretty safe in the knowledge that no matter where they go from here their star is secure.
Thing is they’re now music’s equivalent of John Barnes in his latter days at Liverpool; wearing out the centre circle, picking off the easy four-yard pass, rarely venturing forward and assured of fandom whatever the outcome.
That said, both have the ability of pulling a few tasty flicks out of nowhere. Jay’s Empire of the State featuring Alicia windpipes Keys is nothing short of astonishing while Brownie’s at his best when toning down the fist pumping in favour of the spacedub of Always Remember Me.
For fans of: Like you don’t know.