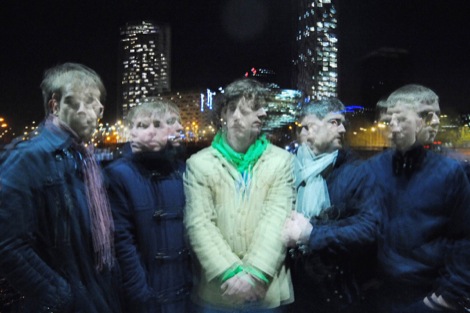 Grab your guestlist passes for a festive feast featuring the cream of Liverpool’s musical talent.

It’s been a spectacular year for EVOL – and for the rest of Liverpool music so what better way to send 2011 off in style than with a Christmas soirée.
And what a gathering it’s set to be with the cream of all musical corners boxed off.
Topping the bill are the city’s breakthrough band and 2012 industry darlings – Outfit. Nuff said…
Alongside them are intergalactic casuals The Tea Street Band, fresh from their all-nighter in a disused warehouse.
Killaflaw make their eagerly-awaited return bringing with them their aggro, trumpet-assisted riff-heavy electro while The Winter Falls add a softer, twinkly pop to proceedings.
Two of the city’s bright new hopes Lucky Beaches and Jazzhands add psyche pop and noise fusion while Lord only knows where The Laze are at these days. They’ll probably provide a prog nativity, or something.
The big bummer of course, is that the event should have been held at the now closed Masque Theatre, however, thankfully, Binary Cell has rescued the evening – and Getintothis has a pair of guestlist passes to give away.
To win, simply add Getintothis on Twitter answer the following question and include the hash tag #binary
Q) Which creature doesn’t feature in a typical nativity crib?
a) An ox
b) A donkey
c) A lamb
d) A minotaur
Details.
Doors 8pm til late
Advance Tickets £6 here. Tickets available on door.