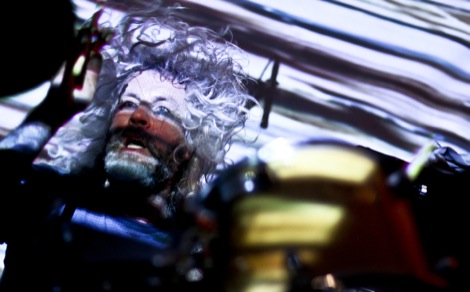 Wowza. This one’s dropped outta nowhere.
The last time we saw Acid Mother’s Temple we’d had our brains fried and our All Tomorrow’s Parties‘ cherry popped at The Mars Volta-curated spectacular in 2005.
And it’s fair to say, we’re positively buzzing like a Mars Curiosity landing with this announcement that they’ve teamed up with the cataclysmic Carlton Melton for a gig at Mello Mello on October 19.
The last time we saw Melton they were in outrageous form alongside Alexander Tucker and Beast at the sadly-missed Don’t Drop The Dumbbells venue off Hardman Street.
This time round they’re touring third album, Photos Of Photos, for Agitated Records, out September 24.
Here’s a slice of what to expect.