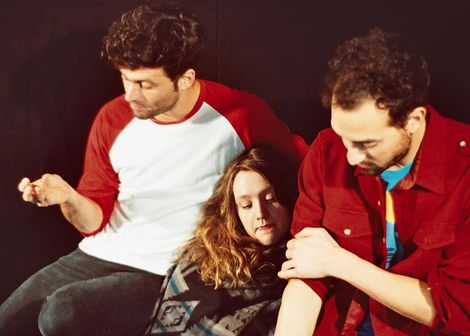 Getintothis reveals it’s Inner Visions line up with FACT for an evening of music video and artistic inspiration.

Getintothis can announce the line up for Inner Visions at FACT on Friday May 17.
All We Are, GIT Award nominees Forest Swords, Loved Ones, Esco Williams and Stealing Sheep plus Wicked Whispers will each gather to host an evening of pop music video discussion at a free event on Light Night at FACT.
Alongside the artists will be video directors to talk through their creations while the musicians themselves will also introduce their music video plus one by another artist which has inspired them or their music.
You can collect tickets for the event here or they are free in personal at FACT on Wood Street.
The event is hosted in the Box in FACT, and places are extremely limited.
All We Are are a Liverpool-based avant-folk trio who were one of the stand outs from last week’s Liverpool Sound City 2013.
Forest Swords is the vehicle of Wirral artist Matthew Barnes. His music is both otherworldly yet draws inspiration from his home town through the use of droning, ambient and seductive electronica.
Loved Ones were the inaugural winners of the GIT Award. They combine haunting melodies, a myriad of textures and infectious rhythms which is both disquieting and beautiful.
Esco Williams is former GIT Award nominee and MOBO Award winner. One of the city’s leading lights in the emerging pop and urban scene, Esco’s towering performances have seen him headline the O2 Academy and produce stunning multi-venues displays at Sound City and Threshold Festival.
Alt-psych-pop trio Stealing Sheep are twice-nominated GIT Award artists who have supported Mercury Prize winners Alt-J while conquering European festivals and solo gigs during a whirlwind two years.
Wicked Whispers are a cornerstone in Liverpool’s retro-futurist guitar-led psychedelic rock scene, combining colourful imagery, furious hooks and a soulful pop cool.
Ana Botella, Programme Producer at FACT, said: ‘Getintothis is an integral part of Liverpool’s music landscape and it is great to be working together to showcase some of the incredible musicians and bands from Merseyside.
‘We will be welcoming some of the city’s best and most exciting artists to FACT to discuss their own work and their inspirations.‘
Inner Visions is a free, ticketed event, and takes place at FACT in the Box on May 17 – Light Night – and is part of FACT‘s Art of Pop exhibition.