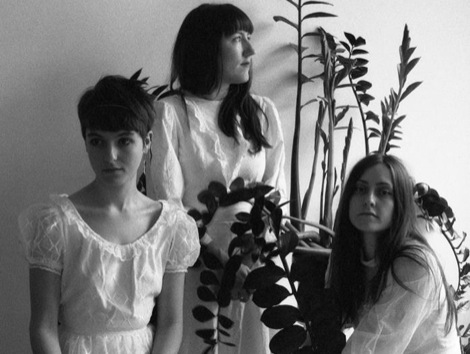 Stealing Sheep are a Liverpool success story: three young women passionate about music that have taken Europe by storm all in the space of 18 months. After supporting Mercury Prize winners Alt-J, collecting unanimous praise for their debut album and all while supporting the scene that cherishes them, they’ve capped an incredible year by becoming the only act to be nominated for the GIT Award two years running. ‘It feels amazing to be nominated a second time,’ they tell Getintothis’ Joseph Viney.

It was about this time last year that psych-folk trio Stealing Sheep took their well-deserved place on the shortlist and delivered a very memorable set at the 2012 GIT Award showcase.
The exposure and plaudits they received on that night may have just been the final shot in the arm they needed, as the past 12 months have been nothing short of spectacular.
Now they have returned. After a year spent embedding their name in music circles across Europe, Becky Hawley, (keys/vocals), Emily Lansley (guitar, vocals) and Lucy Mercer (percussion/vocals) are back home in Liverpool and ready to be part of a very welcoming GIT Award 2013 showcase; hoping to put the icing on the cake of a quite remarkable year.
Their ethereal and wistful songs, very much invoking an image of the semi-mythical English countryside that Syd Barrett may well have dreamt about, have captured the imaginations of all and sundry.
After widespread press coverage and relentless gigging, many have fallen under the spell weaved by the girls and their mesmeric music. Debut album, Into The Diamond Sun, released by iconic label Heavenly last summer, was lavished with praised featuring in most 2012 end of year polls.
Since leaving home to graze upon pastures new, how does it feel to be back in Liverpool for the GIT Award 2013?
Emily is an affable character whose enthusiasm for the upcoming Award showcase is boundless.
‘It feels amazing to be nominated a second time,‘ she tells us. ‘With something as already well-known and popular like the GIT Award, you kind of just expect it to happen once and maybe people will forget about you for a bit…”
Not a chance. There were no cases of collective amnesia in regards to a group that are in possession of an unrelenting upward momentum.
A long and winding European tour with Mercury Prize winners Alt-J was just one part of a rather unbelievable year.
‘I had a kind of ‘woah’ moment, in Utrecht with Alt-J,’ laughs Emily. ‘When I looked out and saw over 2,000 people and thought ‘they’re here to see us’!‘
Indeed, since last year’s GIT Award appearance they’ve had to cope with a lot in a short space of time.
A lot of groups face real tests of their abilities, personalities and ambitions during the transitional phase from emerging talent to break-out stars, but they remain grounded.
‘In the past year we’ve been out on tour four or five times,’ confides Emily, “and overall we’ve not just learnt about the music business but ourselves and each other.
‘Becky, Lucy and I have discovered the importance of co-operation, discussing problems and just being…normal!
‘Being together all this time, going through all of these things, has been a major help to us as a band.‘ 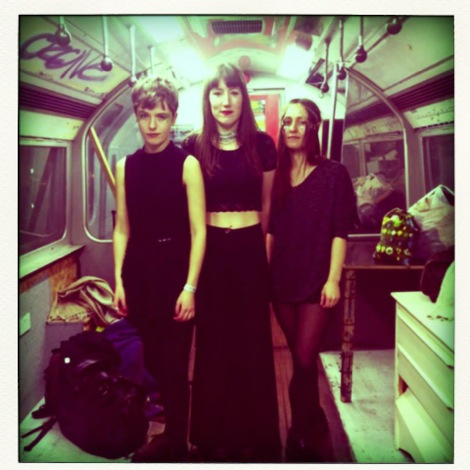 All of this will stand them in good stead for a 2013 that promises to be even better than the last for Stealing Sheep.
‘We’re touring with the Postal Service soon, which is a big, big thing for us,’ regales an obviously delighted Emily.
‘And then we’re doing a lot of festivals in the summer, looking to start writing a new album and then…who knows?! Hopefully it will be as busy as 2012, if not busier.‘
And so it all comes full circle, and another celebration of the best that Liverpool’s wild and bright music scene has to offer kicks off with the return of three of its favourite daughters.
‘The three of us have been working in and around Liverpool’s music scene for a long time now and it’s changed a lot, even for us, Emily added.
‘But right now, there are so many exciting bands out there; Mugstar, Barberos, The Left Hand, Dogshow, Ex-Easter Island Head – so much good stuff. All of these great new venues and people with creative minds means there is a lot of variety, something for everyone. It’s great that there is something like The GIT Award here to try and capture it.‘
So what can we, the mere mortals scribbling our notes and sitting in the audience, expect this time around?
In a move that echoes their songs, at once so full of mystery and promise, she proffers with a mischievous tone: ‘Well…that’s for us to know and for you to find out!‘
A challenge, an obtuse observation and something that offers substance; a fitting comment from a group that provide fans with all three. Their flock will grow ever bigger, and deservedly so.