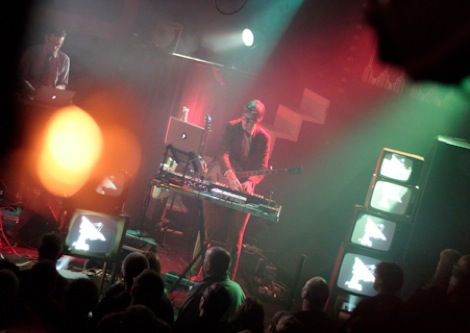 When is a gimmick not a gimmick? When it is successfully sustained for an entire set in the capable hands of Public Service Broadcasting.
Their winning formula seems an unlikely one. Nine TVs, stacked in triplets, and a larger backdrop project old archive footage and vocal samples which are spliced and diced in time with their driving instrumental electronic sound. They are at once musical archivists, historical voyeurs and krautrock revivalists.
It is less a gig, more an audiovisual journey as they cut and paste the past in the manner of a live Adam Curtis documentary. 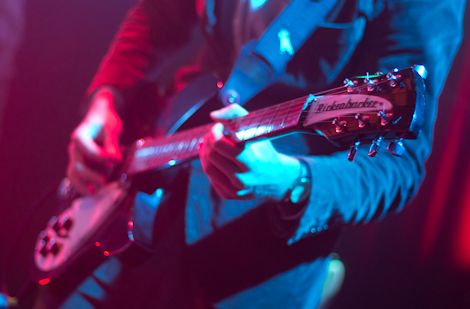 Public Service Broadcasting at the Kazimier
Maybe this is how it should be done in museums. Their three swirling maxims and title of debut record Inform – Educate – Entertain float into view on the screens while they go about their business. Such is the power of PSB, they genuinely make you believe people jived for joy while they were Digging for Victory.
All their audience interaction is digitised too, as one gentrified radio clip starts with “We’ve always wanted to play in….” before another finishes “…Liverpool!”
Guitar riffs thunder overhead on Spitfire and give way to ROYGBIV‘s banjo-led math rock (seriously), the band ending with the swelling kosmische climb of Everest for their encore.
It’s all lapped up by a crowd which on this occasion includes a fair few characters straight off the Lord of the Rings set and a slew of Geography teachers letting loose on a school night.
There was a strong start to the whole show too with a half-hour slot from GIT Award 2013 winners Baltic Fleet.
The three-piece emerged from an appropriately dimly-lit Kazimier with layered melodies and lashing of guitar feedback on Headless Heroes Of The Acropolis, synth lines chopping and whirring round the room. 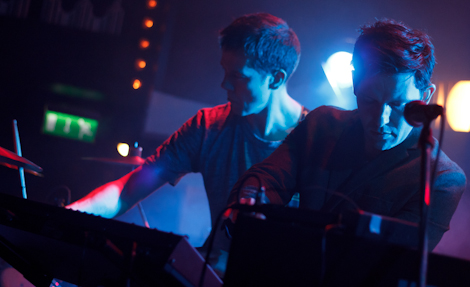 Baltic Fleet at the Kazimier
Main man Paul Fleming was in fine form, tinkling a different set of keys with each hand like a motorik Mozart as they went Hunting Witches.
They signed off with new release The Wilds, tapping into the Daft Punk zeitgeist by throwing in the signature lick from Da Funk for good measure. Apt, for the Kazimier truly came alive for one grand evening of energised robot rock. 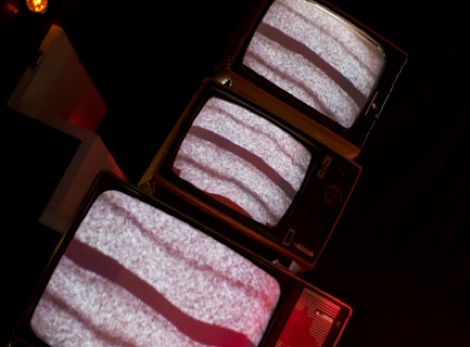