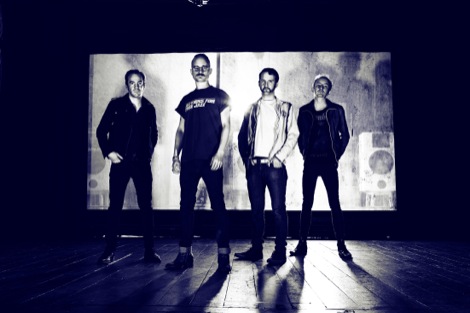 Three of UK music’s most lauded live acts gather together for a special Liverpool gathering.

Esben And The Witch, Teeth Of The Sea and Thought Forms are to feature at the Kazimier in a blockbusting triple-header on Wednesday October 9.
The trio, who represent some of the most cutting edge sounds from UK music’s experimental spectrum, gather together in what can be considered a genuine scoop for Liverpool promoting teams EVOL and Harvest Sun.
Getintothis favourites Teeth Of The Sea return to Liverpool after being named number two in our gigs of 2012.
The London quartet, signed to Rocket Recordings, release third album MASTER on October 7, a record which fuses their ambitious disparate influences including 70s French prog, Angelo Badalamenti soundtracks, analogue experimentation and torrential riffage. We’ve heard it, and it is quite something.
Former touring partners of Teeth Of The Sea, Esben And The Witch returned earlier this year with second album, Wash The Sins Not Only The Face. The 4AD-signed trio specialise in profound gothic dreamscapes laden with thick doomy percussion.
Completing the billing, are Invada Records‘ Thought Forms. The Wiltshere trio were brought together by a shared love of guitar abuse and pedal worship with 2013’s long-layer Ghost Mountain reimagining Sonic Youth colliding head on with Sunn O))).
The whole kaboodle is sponsored by our brothers over at the Quietus – it goes without saying, Getintothis HQ is psyched by this one. 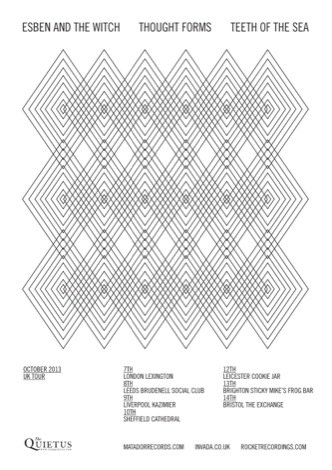 UPDATE:
Listen to MASTER in all its finery…