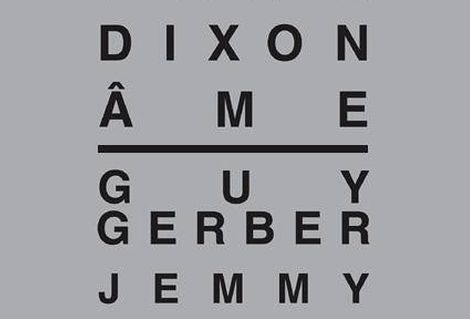 Berlin’s Innervisions are one of the key labels operating right now.
With their soulful and melodic take on house, they excel among a saturated house sound populated by artists revelling in mediocrity and over-familiarity. Tonight’s billing has two label co-founders playing back-to-back.
It’s arguably one of the most exciting line-ups for some time; pairing two of the most in form DJs right now in Dixon alongside fellow Innervisions co-founder Kristian Beyer of Âme. Rounding off the bill is their special guest, Israeli DJ Guy Gerber.
Warm up duties are left to Freeze resident Jemmy, who provided nearly an hour and a half of deep house that doesn’t go over 125bpm. His set whirled to a close with his own recent production of Waterloo Blues providing a fitting end to a display that set the stage for Gerber’s arrival as the venue began to brim.
Tonight’s surroundings in Haus itself are worthy of mention; a dystopian warehouse with a vibe akin to Shangri-La in the Baltic Quarter, its centrepiece is a stage that looks like something from a waltzer ride. Its garish disco lights are as far away from a normal venue as you can imagine adding to the late-night thrill.
Guy Gerber hit the decks with a much more tech-house focused sound. His rapturous set delighted the masses, with plenty of arms raised high to the likes of his Dinky’s Falling Angel edit as well as Gerber’s own strong tunes.
Dixon stated at the beginning of his recent essential mix that “the whole point of going out is to disconnect from the real world and enjoy that very moment“. Tonight’s crowd appear to understand this concept totally.
It is hard to spot any camera flashes or mobile phones aloft and everyone seems fully captivated by the sounds coming from the impressive and shuddering Funktion One stacks. To try and pigeonhole Dixon and Âme’s sound would be foolish.
It is a testament to how in sync with each other they are that they can mix so many different styles effortlessly, ranging from the likes of deep house to more disco-flavoured techno alongside selections from Innervisions own catalogue, while maintaining a continuous groove throughout.
Sadly it didn’t end up being the proposed four hour set.Due to the late start of Gerber, things came to an abrupt halt as the clock struck 4am when the duo had just pulled a three hour shift. Still, it’s hard to feel disappointed after witnessing such quality on a unique night of Berlin-based grooves. Let us hope it’s not too long before any of tonight’s bill grace our city again.