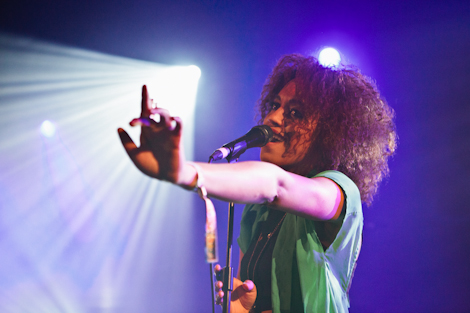 Jetta returns with first new material since Can You Hear Me Now.

Liverpool’s Jetta has been a busy girl.
Anyone who follows her online journals can’t help but be caught up in her whirlwind of recording sessions, cross-Atlantic lifestyle, modelling shoots and mini frenzy of live activity.
But it’s all building up to an as-yet untitled debut EP. The first fruits of which, may – or may not – include tracks such as Operators (showcased at Sound City last May) and new track This City.
A ‘rough mix’ of This City showcases a careering, white-hot unicorn of fizzing electro built around a thudding keys motif, disco-prog guitar solo and Jetta’s prodigious vocal. To these ears it’s anything but rough, it’s another polished pop diamond in the growing Jetta arsenal. Roll on that EP.