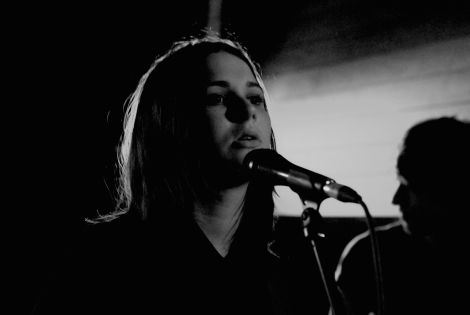 Deaf Club hit the darkened basement of the newly reopened Korova, and how can you not like gigs that are underground?
They seem to provide a sense of mystery; the darkness enhances the excitement. The way in which you’re cut off from the rest of the world, no phone signal just the music.
White Cliffs took to the stage first, a band with a keen following judging by tonight’s reception. Clearly enjoying their female attention, they jump from song to song with a youthful arrogance delivering enough promise to suggest they deserve another listen. 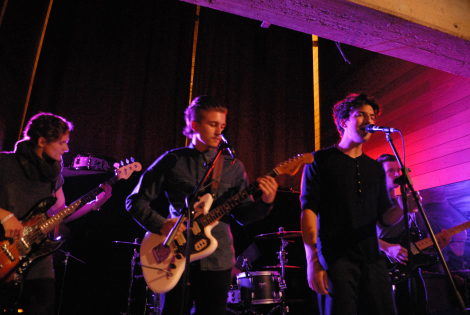 White Cliffs at Korova, Liverpool
Then we are transported to a different place, from the fast hard hitting White Cliffs to the slow, soft and peaceful world of Deaf Club.
Having the low ceiling echo Polly Mackey’s haunting lyrics certainly is a spine-tingling moment. Getintothis recalls being stunned at X&Y in June watching this band. After spending a day hopping between bands it was Deaf Club that stopped us in our tracks.
Yet again they steal our attention with a tight fist – there was no talking or distractions – as Korova’s audience stood absorbed and affixed, listening to every delicate note pour forth. 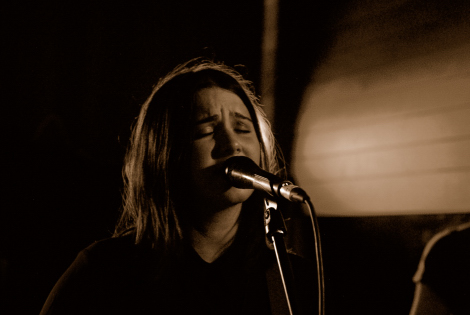 Deaf Club at Korova, Liverpool
With songs such as Sunday and April in their armoury, Deaf Club are playing an integral part of the shoe-gaze revival. The final line of their track Moving Still is “I take it all, I take it all” and with a debut album on the way, they may just do that.
Pictures by Getintothis’ Gaz Jones.
Further reading on Getintothis:
X&Y Festival 2013 day one feat. Deaf Club: O2 Academy, Liverpool
X&Y Festival 2013 day two feat. White Cliffs: O2 Academy, Liverpool
Korova: Liverpool set for third incarnation of city bar