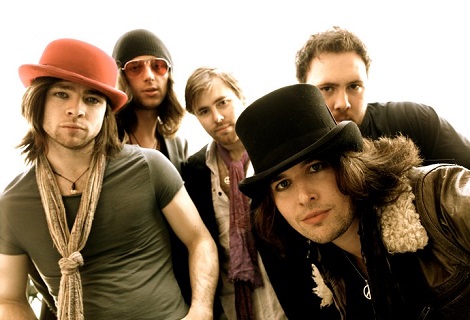 Liverpool brothers Xander and the Peace Pirates are invited by Gibson Guitars to play International CES in Las Vegas this coming week, Getintothis’ Joseph Viney documents their search for pieces of eight.

Liverpool alt-rock outfit Xander and the Peace Pirates have been chosen by Gibson Guitars to represent them at the International CES in Las Vegas by playing a set for those in attendance.
Running from Tuesday January 7 to Friday January 10, the conference is a chance for technological innovators to showcase their wares and to look ahead to the future.
Led by brothers Keith and Stuart Xander, Xander and the Peace Pirates, have shared stages with the likes of Buddy Guy and Van Morrison, and will be performing on the first two days of the conference in a momentous occasion that will boost their worldwide profile.
As the brothers wrote on their website: “Gibson Guitars found us on YouTube and retweeted us, giving us 12k views on our YouTube channel, hundreds of lovely comments plus thousands of new Facebook and Twitter followers. Which was in itself amazing.
“A week later on Xmas eve we have the most surreal conversation on Skype with the Senior Director of Entertainment Relations for Gibson Brands, who books us on flights and into hotels for the CES conference in Las Vegas.”
In addition to that, they are also booked to do a live session and interview on Fox5 in the Gibson Showroom.