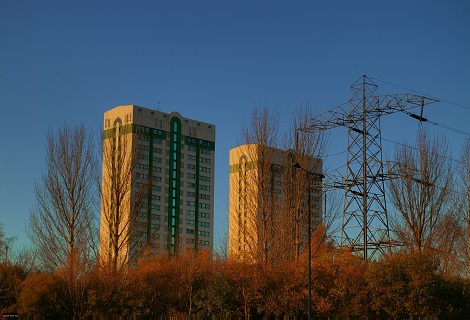 Lancashire’s latest export brings dynamism and heart-on-sleeve truth to the wider public, Getintothis’ Joseph Viney buckles up with an exclusive stream of their new double A-side.

Stephen Hudson has been a busy little so-and-so these past 12 months.
The release of his 2013 debut solo LP Sleep For Railway Dreamers was championed by the likes of Steve Lamacq and Tom Ravenscroft, and received airplay on BBC Radio 2, BBC 6 Music and Radio Caroline.
Written in a fog of migraines whilst working an admin job in a prison, the record picked up rave reviews from music blogs and magazines alike, drawing comparisions to Ray Davies, Bob Seger and Mazzy Star for its dreamy melancholy music and bleaky funny lyrical observations.
Since then, Hudson and the Fiat Pandas have played all over the UK sharing bills with bands such as Guillemots, Francois & the Atlas Mountains, Stealing Sheep and The Wave Pictures.
Now, Hudson and his occasional band of merry men are bringing forth their first recorded output as a group.
Two Love Songs, comprised of the tracks Yer Grandma’s Pearls and Mrs Steklenberg, is a brief journey through the hearts and minds of confused souls who take truck with, among other things, dog-walking, the evils of Heat magazine, and grandparents.
Yer Grandma’s Pearls is a frenetic and jangling number, guitar pop at its finest.
Mrs Steklenberg retains a soft and tender side, all the while threatening to break out into something more acerbic.
Indeed, Hudson and The Fiat Pandas are a collective of many shades and moods. This year could be very kind to them.