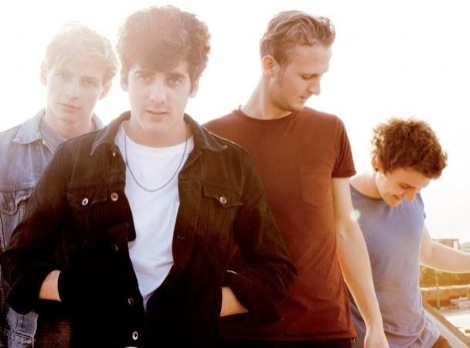 Zane Lowe described them as ‘the hottest band in the world right now‘. But then again, who hasn’t the ever enthusiastic Mr Lowe described as ‘the hottest band in the world right now‘?
Many a new band have been subject to the hype of the most excitable Aucklander in showbiz, but so many have failed to live up to it and disappeared into musical oblivion.
However, this doesn’t feel like the case for Liverpool four piece Circa Waves, a band who have had a whirlwind 12 months, leading to them bagging a slot on the NME Awards tour alongside acts such as Royal Blood, Temples and Interpol. Tracks such as Young Chasers and Stuck In My Teeth give the impression of a band confident in their ability to take the attention in their stride, and that something is going to stick.
Tonight is no different. In a set filled with 2005 indie nostalgia (it’s not too soon to be nostalgic about 2005, is it?), frontman Kieran Shuddall and co. prove they’ve got the tunes, energy and charisma to be more than ‘just another guitar band’.
Highlights of the GIT Award 2014 nominees set included Get Away which with its hugely catchy chorus and jangly guitars is just as charming live as it is on record. Fossils channeled the attitude and swagger of the Strokes in their Is This It pomp, while My Love brought a highly energetic performance to noisy, wall of sound climax.
An airing is also given to a new song, creatively titled New Song for the time being, which is filled with raw energy and punk spirit, showing that the band’s first couple of singles weren’t just a flash in the pan.
They might not have that many songs yet, but with an album in the works and a growing following, Circa Waves showed tonight they’ve got what it takes to be around for a long time. 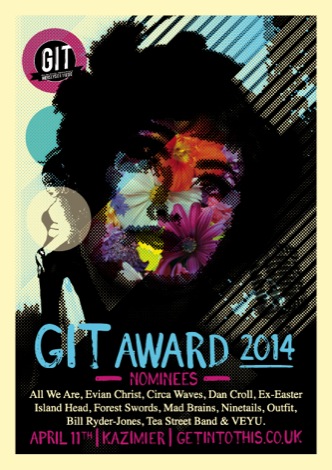