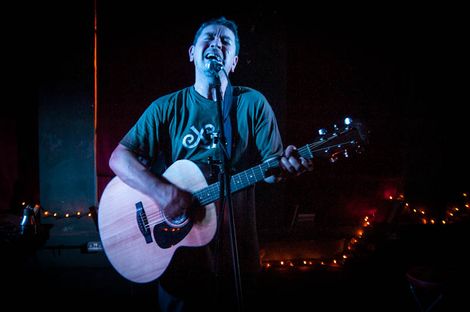 Michael Head and Bill Ryder-Jones teamed up to play The Strands‘ classic Something Like You at London’s Union Chapel in Islington.
The pair united, with Ryder-Jones on harmonium, during the encore inside the beautiful gothic setting to close Head and The Red Elastic Band‘s set on Friday.
Earlier, Mick and his band had aired the likes of Velvets In The Dark, London Town, Bicycle Thieves and Newby Street.
GIT Award nominee, Ryder-Jones, who played a version of Echo & The Bunnymen‘s Ocean Rain during his support set, commented on his Twitter, “‘Something like you’ with mick head last night.That’s a bucket list moment for me. Cheers for anyone who came down. Was special for me.”
Watch the magic unfold below.