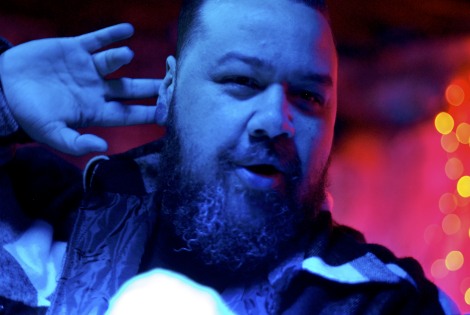 If you’ve been sniffing around Liverpool’s hip-hop scene in the last decade, there’s a good chance you’ll have come across Ugly Duckling. Seemingly ever present, the Californian hip-hop trio have made Liverpool a frequent stop over the years.
First up though is local group DLA, who get things off to a fiercely entertaining, if not shambolic, start. Usually, telling the audience to “go have a pint for 35 minutes because we’re shit” won’t do you many favours, but it made people notice, seemingly waiting to watch a car crash.

DLA bossing the crowd live at The Shipping Forecast
What we got instead was 35 minutes of varied joy, from raps about wanking, to jokes about stepladders, alongside exquisite guest MC-ing from locals Fire Beneath the Sea. DLA are no way near the finished article, but their bravado and the ease in which they handled the crowd are the perfect roots for any up and coming hip-hop crew.

Fire Beneath the Sea popping in for a guest slot live at The Shipping Forecast
Ugly Duckling, in their own words are ‘a classic group, not the soup-du-jour‘; not just in their own credo and approach to hip-hop, but in the way that they master their craft. Ugly Duckling take the Shipping Forecast‘s basement in the palms of their hands, enthralling all with their old-skool-heavy playful style. 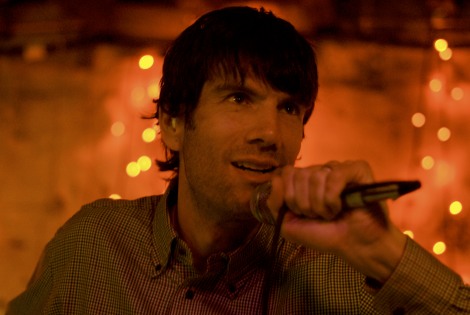 Ugly Duckling live at The Shipping Forecast
MCs Andy Cooper and Dizzy Dustin are masters at working an audience, their on stage banter and interaction reminiscent of an old married couple, especially shown during some pantomime fighting over a female member of the audience picked out onto the stage before launching into classic Pick Up Lines.
What the MCs do best though is big up their DJ, a practice as old as hip-hop itself, but one which is extremely warranted. Young Einstein is the star attraction of an Ugly Duckling show, eschewing the help of sample boxes and laptops, instead keeping it real with two turntables and a stack of vinyl. His beats are warm lively, and wouldn’t be out of place in a Las Vegas heist movie. 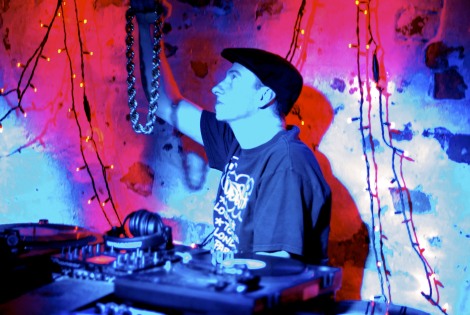 Young Einstein DJ ‘ing with Ugly Duckling
Ugly Duckling don’t reinvent the wheel, nor do they attempt to. They serve as the link between the hip-hop of old and new, and aren’t planning on changing any time soon. If you missed them this time, you better catch them next time, because UD are always value for money.
Pictures by Getintothis‘ Gaz Jones
Further reading on Getintothis:
The Fire Beneath The Sea: Williamson Tunnels, Liverpool
Top 10: West Coast hip hop albums
GIT Award 2014: Artist nominee profile – Mad Brains
Ghostface Killah makes beeline for Kazimier July date