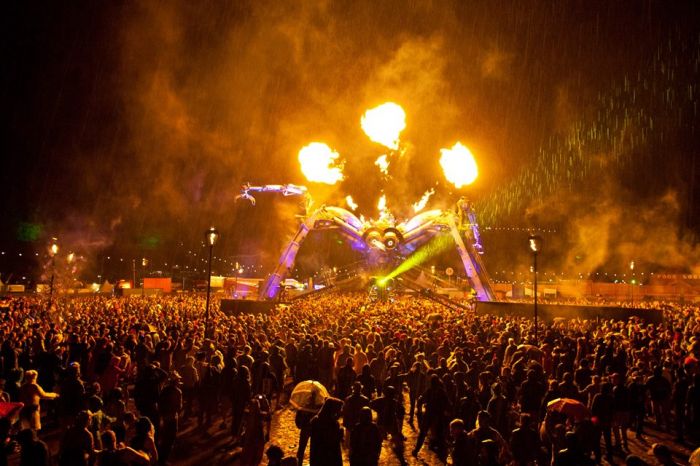 As an eclectic mix of some lesser know acts impress, Getintothis’ Laura Coppin discovers there is a lot more to Boomtown Fair than just the music.

The Boomtown Fair; an explosion of light, colour, music, and the most gloriously dressed individuals you may ever see. The world’s largest pop-up city is a sprawling festival which features a range of music so diverse it’s hard to imagine how they manage to pull it all together. But pull it together they have, with this year marking its triumphant sixth year.

Six years ago of course, Boomtown was a very different creature indeed. Initially a community of only 1,500, with the festival comprising of three stages, 2014 saw it host a remarkable 38,000 festival-goers across 40 stages and 8 unique city districts.

The concept behind Boomtown is as innovative as it is unusual, and the festival is proud to receive no funding from corporate sponsorship. Instead, thousands of talented and dedicated people from across the world bring the immersive city to life.

Countless numbers of genres echo around the city’s streets – Gypsy, punk, bluegrass, garage, folk, jungle, and even fusion genres like electroswing make their presence felt. There is something for even the most finicky of music lovers; if they’re willing to delve far enough into the twisting maze of buildings and trees, that is.

Some of the most amazing sights are those which are the most concealed, with the organisers devoting a great deal of resources towards ensuring that the most intrepid citizens find themselves duly rewarded. This year saw the notable addition of the No Borders Passport, a document which encouraged attendees to complete five bizarre citizenship tests in order to unlock otherwise completely secret parts of the city.

This brilliant element of the festival was purported to be the brainchild of the newly elected Mayoress Burrita Jose, a formidable woman who headed the previous year’s winning district of Bario Loco. This win had unexpected consequences for Boomtown’s story however, as the embittered ex-mayor entered into a sinister pact which resulted in an alien abduction and in turn caused the new Wild West district to be dragged from the past into the festival’s present.

Following? No? It doesn’t get any saner I’m afraid. 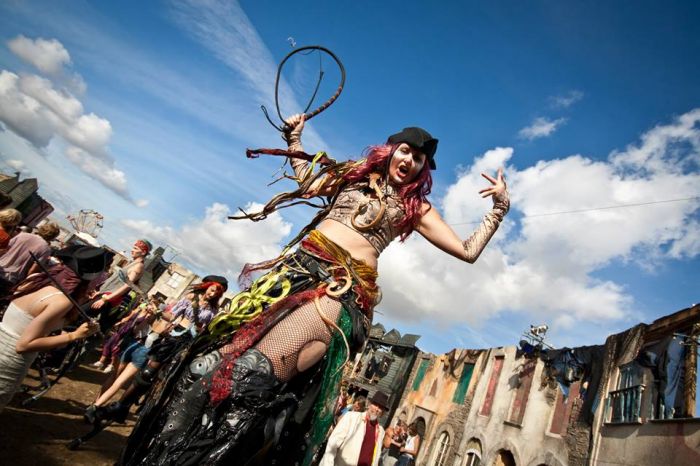 One evening we found ourselves in what appeared to be some sort of brothel-cum-sex dungeon, clutching condoms, being caressed by an unknown Swede, and desperately trying and failing to understand what we were experiencing. It was at this point we snapped and attempted to flee, but were promptly kicked in the chest by a prostitute to return us to our seat.

The nature of the city is such that its citizens are almost impossible to distinguish from its performers, something which only adds to the wonderfully immersive (and often disturbing) scenes which wait inside endless streets of glowing archways and decrepit doors. The sheer scale of Boomtown means that after four days it still feels as though you’ve barely scratched its surface.

The same can be said for the bands themselves – there were so many that it was impossible to fit in even a fraction of the performances without missing out on the rest of the festival. Even when journeying to watch a particular act, the music on every corner was enough to derail even the most determined of travellers.

Of the acts which we did manage to see however there were two that notably stood out: Zorita and Russkaja. The former are an entrancing group hailing from Amsterdam, whose music interweaves Mediterranean, South American, and Gypsy folk music with their Dutch roots to create something spectacular. Despite appearing on the bill early on Friday afternoon, Zorita defied the heat to whip the crowd into a frenzy of whirling limbs and raucous laughter. The 100 ft replica pirate ship which acted as their stage couldn’t have hurt either.

Russkaja also play music with heavy gypsy influences, though that’s where the similarities end. Innovators of Russian Turbo Polka Metal, the Viennese madmen unleash a sound quite unlike any other. Filling Friday’s penultimate slot on the Town Centre’s main stage, Russkaja sonically pursued the crowd in an endless circle with the brute force of a soviet tractor. That is no euphemism by the way – they literally chased their audience with an imaginary tractor. 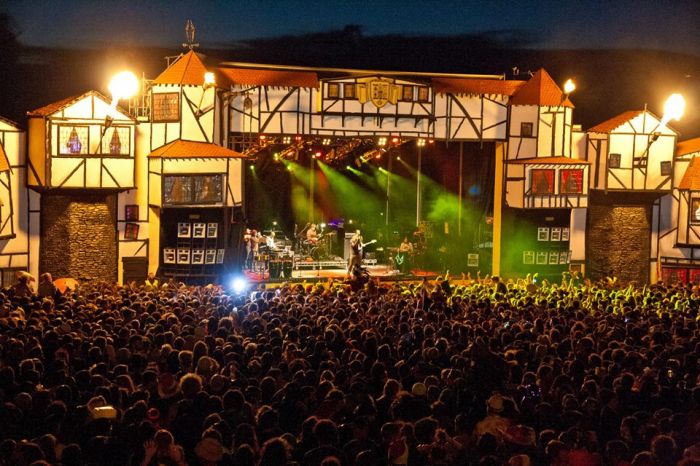 The overall quality of the music was so high that it is impossible to pick out any more without writing a novel. Sadly for Shaggy however, it meant that his excruciating performance was all-the-more vividly burned into the brains of anyone unlucky enough to watch it. He seemed determined to toy with the crowd to prove his own reggae credentials, but only served to show himself to be clearly ashamed of his past. Had he had a tongue-in-cheek approach to songs like Mr Bombastic, he would have had the vast crowd in front of the Lion’s Den stage eating out of his hand.

On this note, it must be said that the mighty Boomtown is not without its flaws. The fact that so many of the people who love the festival are those who run it is abundantly clear in its frequently abominable crowd management. Entering the city was a very hard lesson in the art of queuing, a lesson which went on for four long hours under a baking hot sun. Despite having booked coaches through Boomtown themselves, we and countless others were pressed into an exhausted horde which grew increasingly faint as the hours ticked by. The pretext was that they were searching bags for ketamine, a drug which they have taken a prominent stand against due to the tragic death of a young woman last year. This didn’t turn out to be the case however, as it was soon clear that the delay was purely due to their determination to funnel thousands of heavily burdened festival-goers through an entrance which was only four people wide.

An entrance which, furthermore, then led on to a wide expanse of steep, empty field.

While this may have been enough to ruin many other festivals, Boomtown’s remarkable offering is such that it served to be a relatively minor quibble in an unending sea of delight. If they manage to sort out their crowd management however, Boomtown may very well be able to lay claim to the crown of one of the world’s best festivals.

For more information about the festival, or to explore the eight districts in detail, do have a gander at http://www.boomtownfair.co.uk/ 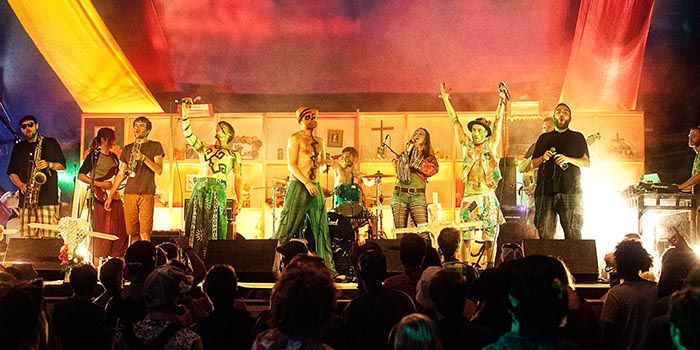 The Fire Beneath the Sea: The Boomtown Fair