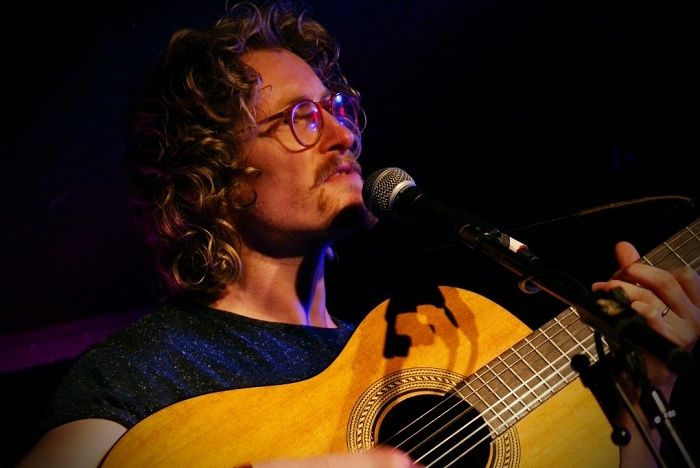 With his debut release, Johnny Sands gives Getintothis’ Paul Fitzgerald a slice of summer in his ear.

The good news from Johnny Sands is that as well as keeping himself busy running regular sessions at Leaf and Heebie Jeebies, he’s signed a deal with Baltic Records, has been in the studio and his debut release Arno Arno is ready to roll.

This song sees Sands take a slight change in direction from previous more guitar based material, and sees him embracing and developing a healthy interest in electronica. We get the feeling that the Baltic deal has given him a sense of freedom, and the opportunity to experiment with some interesting ideas.

This is a cool mellow offering, sparsely strung together with simple old skool 303 drum machine beats, and layered with a gentle piano line and the soft distant echo of a church organ further back in the mix. The sparseness of the arrangement – and the space it creates – gives Sands’ cracked vocal plenty of room to stand strong. He leaps into a relaxed falsetto, and the catchy as hell chorus seems like a natural move both for the performer, and for the song’s dynamic and pacing.

It’s a slice of summer in your ear, and shows the strength of the man’s songwriting perfectly. We like this. It makes us smile. It makes the sun shine in our ears. Nice one. More please, Johnny.