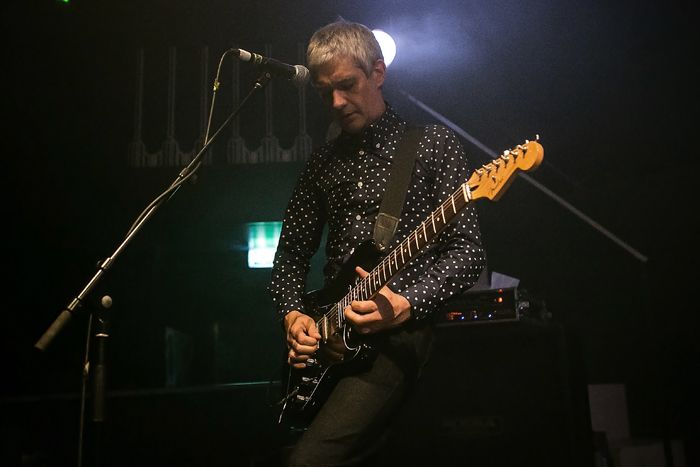 Loop at The Kazimier

By rights this gig shouldn’t have happened. Loop‘s 2013 reformation was only ever intended to be short-lived. The prestige of curating and headlining a part of what was thought to be the last-ever ATP holiday camp festival, a handful of one-off gigs and that was supposed to be that. Just as ATP have announced their own comeback at Prestatyn Pontins this November, it seems that Loop are not yet ready to disappear back into the sidelines.

In many ways this is an all-new Loop formed around the band’s sole mainstay and driving force, Robert Hampson. On this showing it would seem that the new formation has breathed new life into the band and re-energised them as a collective. It helps, of course, that the group have a catalogue of still astonishing songs from which to draw. More refreshing still is that they are showcasing new material which, on this showing, easily stands up with their heyday masterpieces.

As ever with reunion tours and gigs there comes the inevitable question of artistic credibility and relevance. This is pertinent to Loop since their trademark sound has seemingly been used as a template for countless bands riding the currently fashionable wave of psychedelia. Are Loop still important, do they still matter or is their reunion merely a cynical attempt to exploit the current trend?

This performance answered the questions and more besides. Tight and mesmeric, the band delivered a powerful display of such bewildering intensity that it excited and astonished in equal measure. Their music remains fresh and vibrant rather than tired and dated.

It perhaps helps that they have been oft-imitated with the effect being that their formidable sound seems very much of the moment, yet there was a relentless thrust and urgency to everything they did. Rather than milking the cash-cow one last time, this felt like unfinished business. A reminder that the original remains the best and that if imitation is the best form of flattery, too often groups flatter to deceive.

Onstage barely more than an hour, not a second was wasted. There was no let-up. Just a pulverising assault on your senses delivered with a commitment that belied Hampson‘s years and assuaged any lingering doubts as to his intentions.

The stall was set-out early. Opening with a triumvirate of great songs, The Nail Will Burn, Pulse, and Straight To Your Heart they confirmed what we had suspected all along: that Loop remain enduringly relevant and as thrilling as they ever were. Sure, they were loud, very loud, but this wasn’t excessive volume as an end in itself. It engulfs you, it possesses you, it transports you to places and distorts your senses and perceptions. In short, it makes for a genuinely psychedelic experience.

Two new songs, Aphelion and Precession, didn’t sound out of place or appear inferior. They seemed to expand on the band’s trademark mix of swirling krautrock and experimental shoegaze all built around a tight rhythm section of grumbling bass and pounding drums.

Perhaps most reassuring is the hope that with new music being made Loop‘s reunion will endure and we’ll get further opportunity to see this blistering live band doing just what they do best. If so, and a word from the wise, don’t forget your earplugs.

If the night ultimately belonged to Loop, Jupiter-C provided timely reminder that they are one of the region’s best emerging talent with a sumptuous and intriguing support slot. With boy-girl duos seemingly commonplace, Ashiya Eastwood and David Kane do a terrific job in confounding expectations and setting themselves apart from the typical fare offered up by similarly configured outfits.

Heavily anchored by a drone-rock sound, the duo expertly weave synth and fractured electronica around a persistent krautrock-influenced beat. Detached vocals are provided by Eastwood which adds to the air of mystery and aloofness that the duo project. Bringing to mind Jenny Hval, there is an isolating weirdness to their sound which demands your attention.

Blending synth-pop hooks with a sense of avant-garde experimental minimalism, Jupiter-C, with their ambitious sound and apparent singular aim of creating something new, are surely one of the most interesting acts we’ve seen this year.

Having already impressed when supporting Moon Duo last month, TVAM provided further indication of Joe Oxley‘s talents. Similarly set-up with a CRT television providing accompanying visual treats in time to a backing drum beat, his performance seemed tighter and more focused as his playing honed in on array of influences all underpinned by a welcome repetition.

Clearly talented and alive with ideas, it will be interesting to see where he goes next with the challenge being to escape any lazy attempts, given the stage set-up, to pigeon-hole as a novelty act. On this evidence he should be well equipped to avoid that particular pitfall. 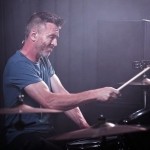 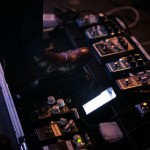 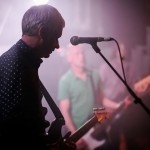 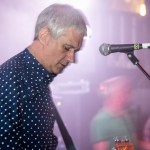 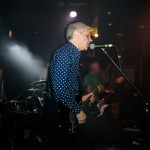 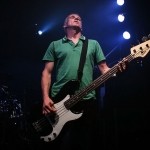 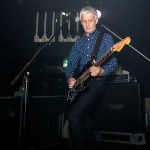 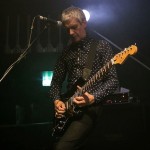 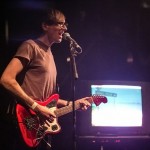 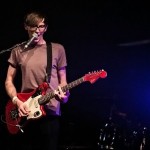 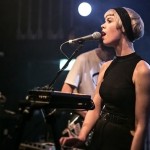 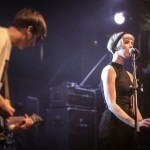 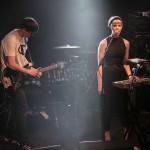 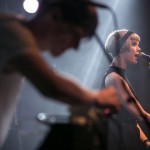 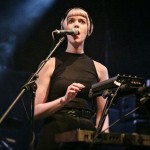 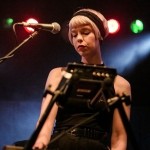