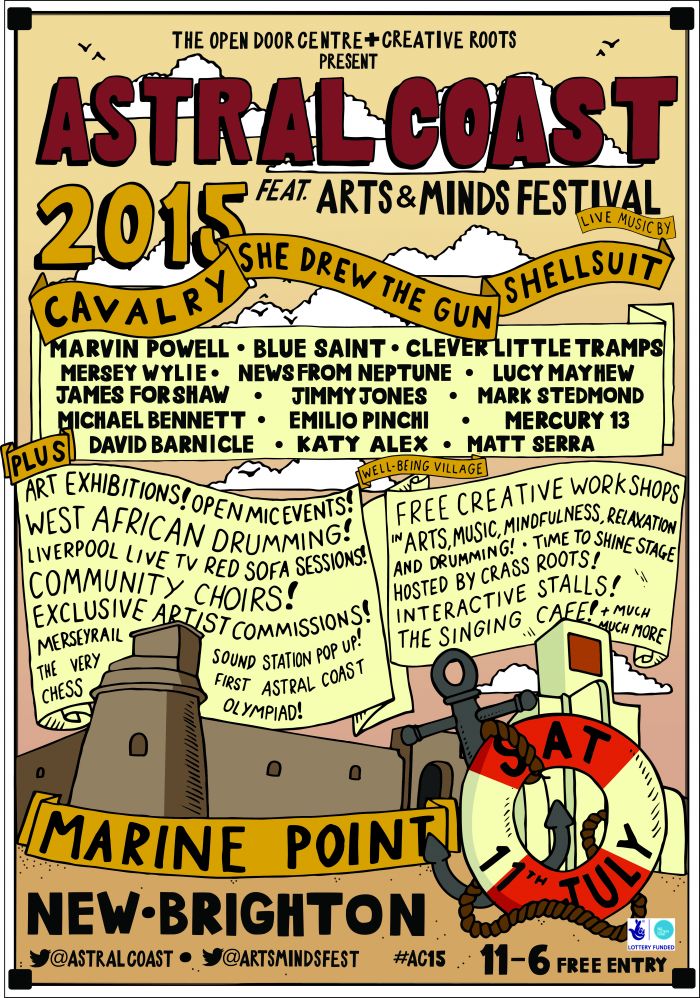 The full line-up for this year’s Astral Coast Music and Arts festival has been revealed. Getintothis’ Tom Konstantynowicz previews the action.

Astral Coast has revealed its 2015 line up and will once again host a raft of the North West’s most exciting up and coming talent performing stripped back acoustic sets on Saturday July 11.

Away from the music, the site will be littered with interactive stalls and arts displays including the first ever Astral Coast Chess Olympiad and a performance and free workshop from the SORA West African Drumming Performance Band.

Vox at The Light Community Choir will be both performing and inviting the community to take part in a group session.

Hope Place Open Mic will see people taking to the stage to share anything from poetry and stand up to good old fashioned storytelling, while Merseyrail Sound Station will continue to celebrate new, emerging acts in their pop-up tent.

This year’s event is in collaboration with Arts and Minds festival and is coordinated by The Open Door Centre and Creative Roots with the clear message championed by all to improve well-being through music and arts.

Many of the spectacles and workshops promote the idea of using the arts to increase positive feeling, confidence and community bonding to combat illnesses such as mental health.

Simon Ralph, Director of Creative Roots CIC and Arts and Minds, said of the festival: “Improving well-being is a central aim of Creative Roots, Arts & Minds aims to normalise the subject of mental health by promoting discussion and debate in a creative and innovative way and promote not only the broad range of services that exist in Wirral, but also to champion ways in which we can all be proactive about our mental well-being.”

Astral Coast promises once again to be a variety packed day for all the family, with great acts and activities all going hand in hand with an extremely positive and uplifting message. Plus, it’s free entry which means there is absolutely no excuse to miss it.