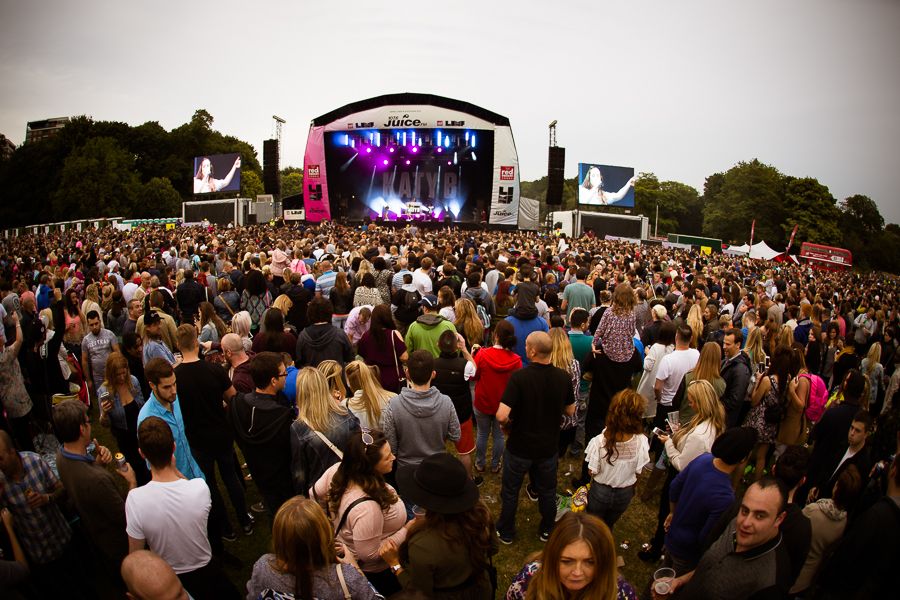 Getintothis’ Shaun Ponsonby casts his voice of reason and/or insanity – depending on your disposition – to the weekend’s festivities.

I feel a strange kinship with Seinfeld creator/Curb Your Enthusiasm star Larry David, and its situations like LIMF where that becomes most apparent. There is an issue I have been silent about for the last few years, but now I have a platform, I am going to utilise it and talk about the things I really care about.

Basically, I’m cynophobic. This means I have an irrational fear of dogs. Now, dogs themselves I have no problem with. We have an understanding; if you stay away from me, I won’t panic and my reflexes won’t force me to kick you in the mouth (I’ve never actually done that, by the way, dog lovers, so there’s no need to call the RSPCA).

No, it’s dog owners who cause me problems. Dog lovers and I will never see eye to eye on some issues. I essentially see anyone who takes dogs places that are meant for humans as the scourge of our times. Busses, pubs, shops, chippies and, indeed, large music festivals: not places to take Rover. Mark my words, when I inevitably establish my Reich, this will be written into law.

In fact I’m usually OK if the dog is on a lead. But there’s a host of people at LIMF and Oye (but more so LIMF) who seem to think it’s an absolutely spiffing idea to not only let their dog off the lead when surrounded by 40,000 people, but also take it up to the front of the stage. You know why they don’t let the animals on Worthy Farm roam free at Glastonbury? Because they would have to be fucking morons to do that.

I don’t even say that purely as a cynophobe. Yes, that’s my vested interest but do you not think its intimidating for the animal? What kind of idiot thinks this is a good plan? There’s a reason they recommend you don’t take animals to places like this. If you have a dog with you, you belong way behind the sound desk and it belongs on a lead. And if you think that’s unfair to you as an audience member, then don’t bring your fucking dog to a music festival. Kapish?

That’s where Larry David and I are coo-de-lah. I had to stop myself from telling staff to order people to put their dogs on leads all weekend at LIMF. Most people don’t even realise it, but a cynophobe is on constant high alert because of people like that, and it makes it hard to just chill and enjoy the festival. Imagine not only being surrounded by the thing you are most scared of in the whole world, but being in the knowledge that everybody around you will ridicule you if you show that fear. It’s going to be weird, isn’t it?

That aside, LIMF felt like the best it had ever been this weekend. And I genuinely mean that.

Watch a highlights package of LIMF 2015 below

Granted, I didn’t go down on the Saturday, but the Sunday and Monday have proved to me that the festival has grown significantly in the three years it has been running, and it is still in the early stages of its development. At some point during the firework display that finished up Echo & The Bunnymen’s set on the Monday night, I had a little moment where I wondered where it can go from here.

Taking a little stroll around the grounds during a moment where I had lost my “peeps”, I found that each stage was well-attended and positive vibrations were happening all around, and this seemed to feed back to many of the bands playing. Checking out the “most ready” of the LIMF Academy artists for 2015, there was a moment towards the end of Amique’s set where the energy levels bubbled over. Every time I passed the stage that day, it looked like a relaxed picnic area. Towards the end of his set, Amique told people to come forward and dance, and everyone obliged as if they were itching to all day. A little toddler was feeling it so much that Amique invited him on stage. You got the feeling that had that happened at Glastonbury, it would have been orchestrated by the press to be one of those “Glastonbury moments”. I heard a good few people coming away saying variations of the phrase “that was sick”.

A while back I did a little piece suggesting that there’s a little funk renaissance happening in Liverpool, and between the aforementioned Amique, Far Flung Funk (featuring the amazing Katy Alex, who also performed a set on her own) and the hard P. Funk of Galactic Funk Militia it seems I was right. Seeing them all in a short space of time gave me hope.

Also, special props to Jayne Casey and Natalie McCool did an amazing set with the Sense of Sound singers on Sunday night. It’s been pretty much covered elsewhere on the site, but obviously my opinion is more important than Genintothis contributor Adam Lowerson’s. So, there.

It was actually the main stage I felt was a bit less. Without naming names, I can pretty much say I am through with hearing Adele/Sam Smith-type miserabling. I didn’t spend too much time at the main stage, but there was quite a bit of that from what I saw. JP Cooper and Laura Mvula were undoubtedly the best I caught on the main stage, along with Echo & The Bunnymen, who Getintothis’ Paul Fitzgerald informed me he overheard someone referring to as “those rabbit people”.

Juice FM’s sponsorship of the stage meant that occasionally their presenters would come on and make the whole affair feel like one of those lame Radio One roadshows from the 70s, which inadvertently made me think of Operation Yewtree by association. Admittedly, I am ideologically opposed to Juice FM, and I am in no way part of their target audience, so their constant pleas to be loved and to check them out on social media crap was grating on me. It especially seemed a bit moot given that they have reportedly been sold to Capitol FM which, if true, means that Juice FM won’t even be a thing for much longer.

I also question the sponsorship by Red Square Vodka. I understand the need to raise money in order to pay all the people playing, and I fully appreciate that. But I would quite like to meet the person at LIMF who thought that the best company to sponsor a family friendly event was a purveyor of alcoholic beverages. “Hey, kids who have come out to see Alesha Thingy from Strictly Come Dancing…after you’ve seen her, why not go get pissed?”

Speaking of family friendly, there was a lot of stuff for the kids, but some of it confused the frig out of me. Like, I have no idea what this is supposed to be. 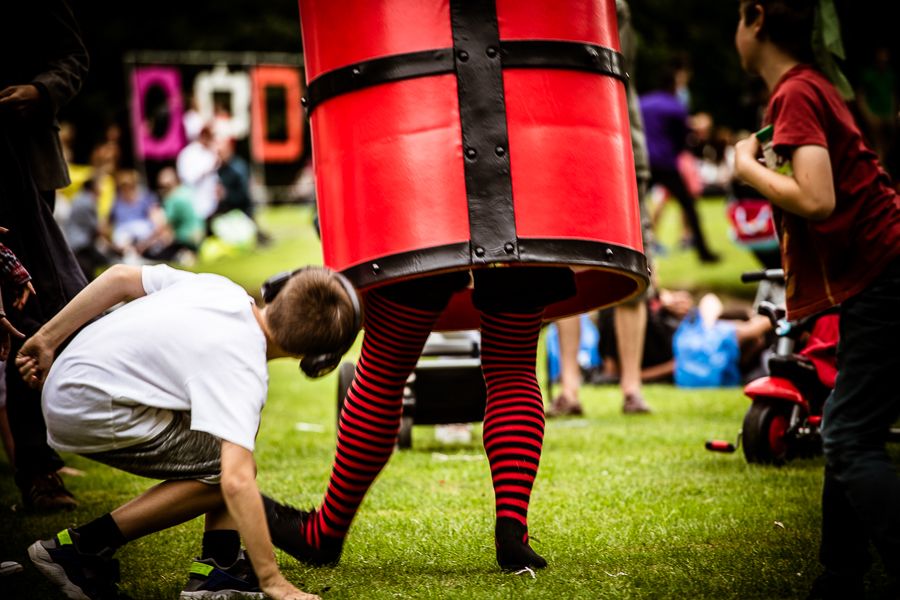 We’re not entirely sure

It’s kind of like a battery. But there’s also what looks like a speaker there, which is just out of shot in this picture, so it also made me think of ordering a burger from a McDonalds drive-thru when I’ve had too much to drink and I’ve drunkenly annoyed the designated driver to the point where deep down inside I know that we’ll never speak again. Then I got sad thinking about all the sober people I had lost due to drunken shenanigans and had to leave. Luckily, Jalen N’gonda came up on the Academy stage not long after and cheered me up.

But I know what you’re thinking. You’re thinking “Shaun, that’s all well and good. But what did you think of the portable toilets?”

Well, I’m glad I asked whilst pretending to be you. I managed to avoid using the portable toilets until Monday afternoon and…I was pleasantly surprised. They were in pretty good nick. Especially given that it was the last day. Good quality portable toilets. It seems that there were people whose job it was to put their hand in the Portaloo after people had left and spray air freshner. This is a process that I fully support. Portable toilets attendants. If you can have them at the Ritz, you can have them in a park in the middle of Sefton, thank you very much.

So that was Cosmic Slop at LIMF 2015. Join us next year when Cosmic Slop will go to LIMF 2016, which will probably just be me lazily copying and pasting this again, but with the artists’ names replaced.