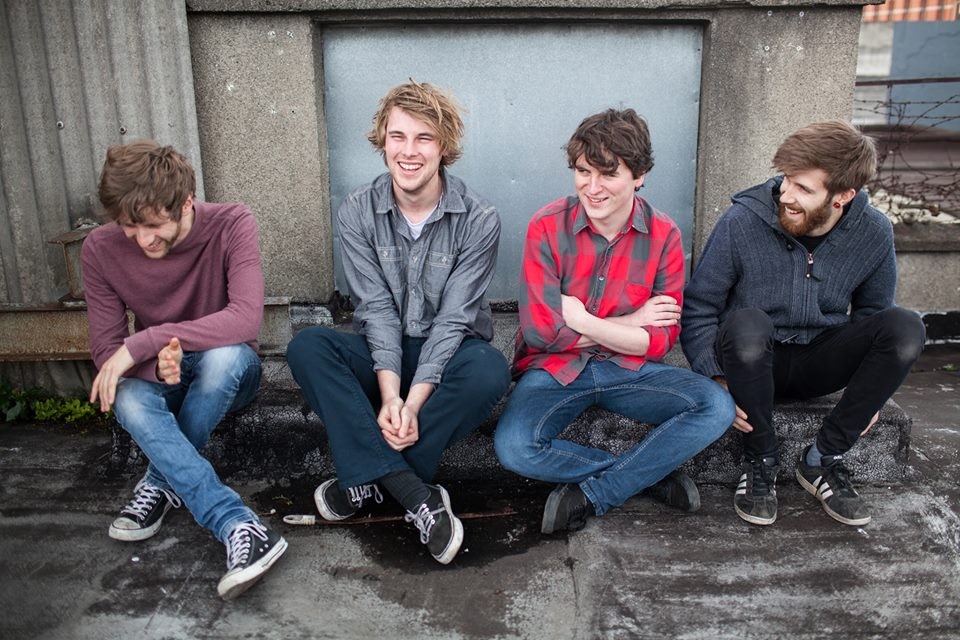 Update: Girl Band announced earlier this week that unfortunately, due to health issues, shows currently scheduled for January, February and March have now been cancelled. You can see the statement from the band below. Getintothis wishes the band all the best and hopes to see them back on stage fighting fit in good time.

The news follows fresh on the back of the release of their critically-acclaimed debut album Holding Hands With Jamie released late last month on Rough Trade Records.

Noise-rock doesn’t come much more terrifyingly satisfying as the Dublin quartet’s early EPs exemplified and following a superlative debut outing at Liverpool’s Shipping Forecast for promoting team BamBamBam they’ve hooked up this time out with Harvest Sun to bring Girl Band back to the city.

Combining drawled yet ferocious vocals with industrial, rhythmic guitar and bass action plus visceral, frenetic drumming, this is one live unit you really won’t want to miss. Tickets are on sale now.