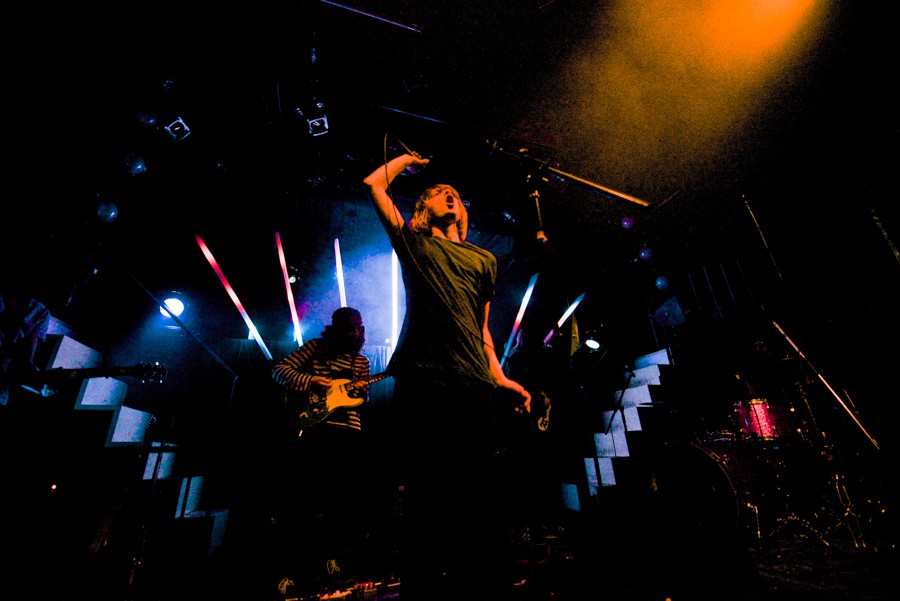 The Vryll Society headline the final EVOL show at The Kazimier

As The Vryll Society headline the final EVOL show at The Kazimier, Getintothis Craig MacDonald observes a trio of musical supremacy.

It had to happen at some stage. Since the sad news of The Kazimier‘s closure was announced in April, the clock has been ticking on the final EVOL show in the fabled venue. Like Lennon and McCartney or Fowler and Rush, The Kaz and EVOL is a partnership that had a finite lifespan which alas must end.

Not to disappoint, EVOL brings a gargantuan line up for their ultimate Kazimier show.

First up are the other-worldly quartet Sankofa who establish the quality in the bands on display tonight straight from the off. The opening bars of Wolf In Sheepskin finds the crowd gathering like ants to jam such is the appeal of the band. Channelling the spirit of the Walker Brothers hurled up into a desert of sonic soundscapes they are as unrelenting as they are engaging.

The talented four piece prove firm favourites with the burgeoning horde, as Stephen Wall‘s triumphant voice scorches through the convulsive layers of bombarding drums and raw garage-rock bass licks. As they close their set with an all-guns-blazing onslaught of their mix of rock and roll with post-rock psyche to marked effect. Sankofa continue to prove they are something to truly cherish.

The penultimate act on tonight’s remarkable billing comes in the form of the youthful London four piece Hidden Charms. From the get go, you can tell they mean business. They wield their instruments like 1960s rock and roll militia marching into battle as they charge headlong into their set. With frontman Vincent Davies bursting with energy, the group are vastly enhanced from what their offerings on Soundcloud have you believe.

Although at times their lyrics may come across as slightly cliched, musically Hidden Charms are an imposing force as they deliver feedback heavy riffs, bruising beats and psychedelic keys aplenty. A brief lull in the middle of their set is easily overlooked as they take things up a notch with Long Way Down before the set is momentarily postponed due to a bass string giving out.

Affirming their love for the sound of The Who, they kick back in with their best received track of the night, Dreaming Of Another Girl, as they blitz through a funk bass fuelled odyssey which unquestionably wins over the crowd.

With the smell of incense tinged anticipation cramming every inch of The Kazimier, the time comes for The Vryll Society to grace us with their presence. Right from the very first fluid bars of Beautiful Faces they own the place, with every eye fixed to the group’s every move. The piercing vocals from Mike Ellis are flawless as they lead a wave of magical entangled sound that energizes the whole room to bursting point.

Brimming with effortless ambience, they more than justify the substantial and growing hype that surrounds the band. Although remarks have been made about the band sounding like early era The Verve, on tracks like Air they come across far more invigorating than their peers. The musical nimbleness they posses is evident when they flow from shoegaze territory on Great Whites Fin to the surf rock of Coshh with the ease of a band that has been going for decades not one just starting out on their musical quest.

With a new track Soft Love casting images of the dawn rising before a blinding light of psychedelic sounds bursts through the curtains, Ellis continues to writhe and dip at the helm of the troops like a man possessed. A victorious rendition of Deep Blue Skies lights the touchpaper on a night that epitomises the relationship between  EVOL and The Kazimier.

The Vryll Society gave a scintillating performance and proved a worthy act to bring such a stunning final EVOL Kazimier gig to a close. 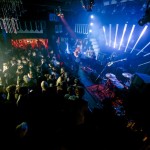 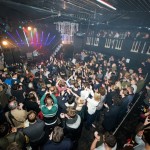 The crowd lapping up The Vryll Society 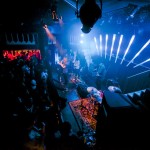 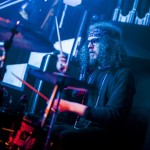 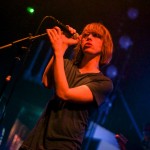 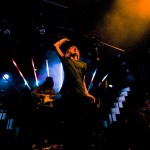 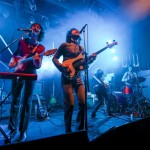 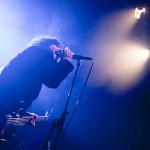 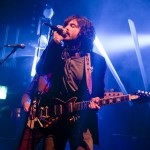 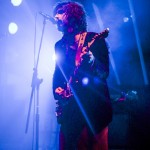 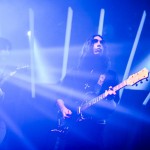 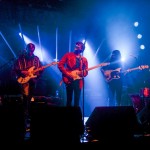 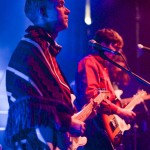 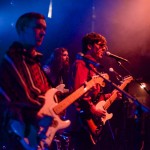 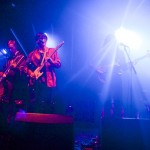 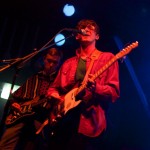