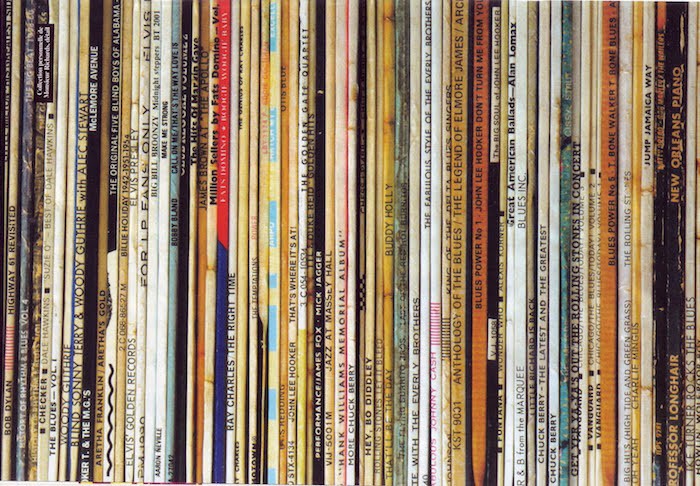 The Getintothis Jukebox is a potent collection of locally-sourced acts, artists touring the city in the month ahead, and a wider selection of the best new tracks released into the ether.

Huyton-born Claire Welles explores one of pop music’s more under-mined sources of inspiration; the agonies and ecstasies of Swindon Town FC. DIY impresario Welles takes a leaf from the vast anthology of R Stevie Moore for this particular post-punk homage.

John Joseph Brill reveals a tender ditty in the form of The Grape and the Grain; a charming representation of Brill’s gruff-folk-nous. A new EP from the adopted scouser is anticipated in the new year.

La Couleur Originelle by Whyte Horses is a defiant statement of optimism and liberté. Comprising of a couple of local Lauras (Kazimier founder Laura Brownhill and Baltic States bass player Laura Shea) the band have distilled the vintage of Nouvelle Vague with the lady balls of Sleater-Kinney.

Etches, who play The Magnet this Friday November 27, released their Wall of Sleep EP through Fierce Panda at the start of the month. While you may have heard lead single Do Nothing you may have missed B-side The Great Void, a sleeping giant of a track that rouses towards its climax – gently fingerpicked throughout until drums roll and cascade around its revival.

Also performing in Liverpool in the month ahead are Courtney Barnett, Andreya Triana, Hooton Tennis Club and Public Enemy. Courtney Barnett brings her Melbourne based antics to the 02 Academy on November 1. Expect lashings of lyrical aptitude in the Sonic Youth lineage.
Heavenly Records‘ Hooton Tennis Club are playing one last soiree at the Kazimier on the December 8. P.O.W.E.R.F.U.L P.I.E.R.R.E has galvanised their credentials as the unchallenged barons of scouse indie.
Singer-songwriter Andreya Triana is a uniquely talented vocalist who has collaborated with Flying Loutus and Mount Kimbie to name but a few. There’s much to enjoy about the South East London born singer, who plays the Philharmonic on November 24.
Hip-hop royalty and hall-of-famers’ Public Enemy play the 02 Academy on December 2. Chuck D and the gang released Man Plans God Laughs earlier this year.
We first caught onto Nao off the back of their February 15 LP; reminiscent of SBTRKT, perhaps augmented by the effectually playful top-lines.  New release Bad Blood is making us transfused.
Prolific producer Floating Points has finally parted with his debut album; Elaenia. Comprised of tranquil pulses and celestial synth choices, Nespole dabbles with the values of techno.
Jamie Woon is another artist who allows his releases to breathe, presumably in an effort not to spoil the listener. Making Time is worth the wait. Capturing a more forward facing r&b vibe and embracing his neo-soul harmonies; Woon is ready to find to find his place on the billboard. And finally, Chromatics tease an imminent release with Shadow. A beautiful minimal-progressive arrangement conceived for the Adult Swim Singles Club.
This week, our guest selection is made by Paul from Etches. Paul chose The Refugee by Louis Romégoux:

“Louis Romégoux is a hybrid in the best sense of the word. Half-French and half-English, he cut his teeth as a performer in Sheffield and recently relocated to Austria. His music is a wonderful blend of all those disparate influences, from the Chanteuse styles of Jaques Brel and Serge Gainsbourg to the English folk storytelling tradition, blended together with a continental sensibility. When taken in at the same time as his incredible voice and accomplished fingerpicking style, the whole package is rather formidable.

The Refugee looks at the current so-called ‘migrant crisis’. A large part of the media has tried to dehumanise and demonise these desperate people. With an unblinking focus Romégoux tells the tale of one of these poor souls, putting the listener into their shoes, and the result is heartbreaking. This song strips all of that negative tabloid bluster away in six minutes, showing a humanitarian crisis rather than a swarm of undesirables.

It is a quite incredible track, and one that deserves a much wider audience.”