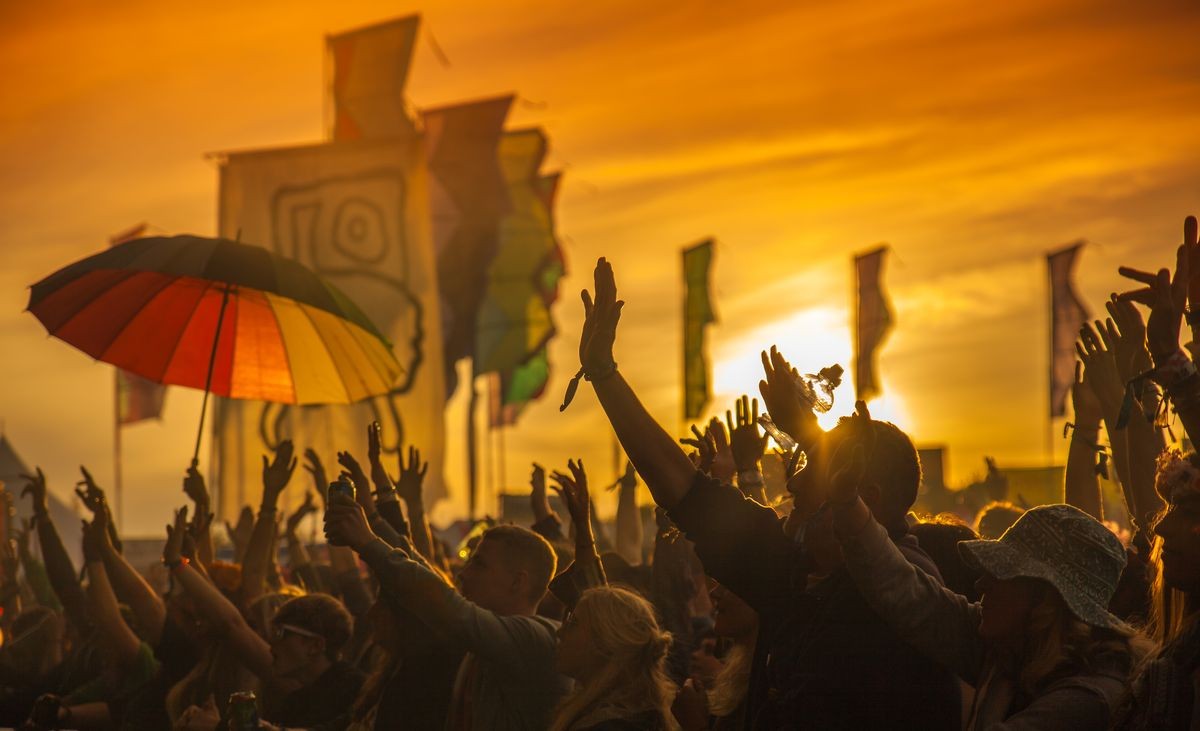 Beat-Herder 2016 featured Derrick Carter, Donovan, Alex Paterson and many more, Getintothis’ Ste Knight was there to enjoy the Lancashire festival, and the mud.

Festivals. Tent-wrecker and welly-requirer extraordinaire’s. But is that really an issue when you’re enjoying yourself so much? Of course not! Beat-Herder 2016 was no exception to the rule. The small festival, held on the grounds of Sawley Farm in Lancashire, is absolutely one of the best boutique festivals you could ever attend, and we’re about to tell you exactly why you need to book tickets for 2017’s festival immediately.

The Lancashire countryside is the perfect setting for Beat-Herder. Obviously, if you go to any (or most) festivals, you are at the disposal of mother nature and her ‘great outdoors’. To be able to wake up in the morning, step out of your tent, and look one way towards the imposing Pendle Hill, and the other way to the undulating Ribble Valley is certainly a treat for the eyes, irrespective of whether or not they’re bleary, blurry or otherwise affected. 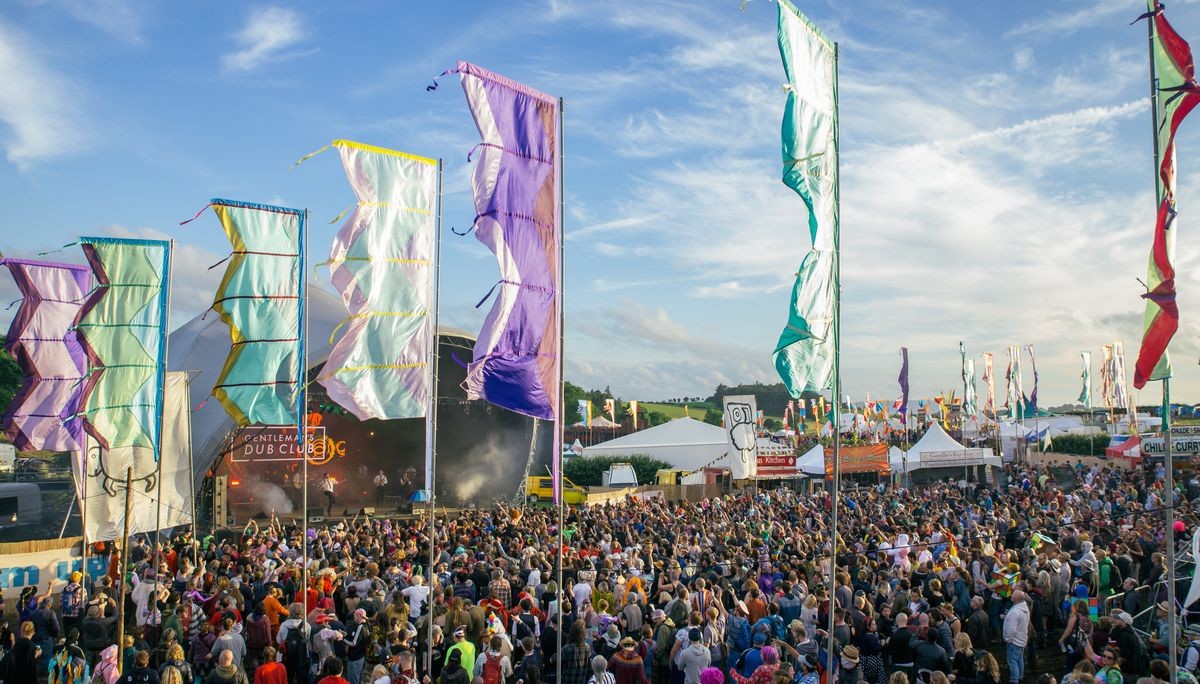 The site itself is fairly small, and the stages are close enough together that even the eight-inch deep mud didn’t make a walk to a different stage too much hard work. This proximity gave the festival an intimate feel without suffering from sound bleed between the stages.The camping fields were also plonked right next to each other, so if you had mates camping in another field, it was only a quick stumble away to their tent.

Check out our dance column, Footsteps on the Decks, here

Friday at the festival saw a lot of rain. We mean, a fucking downpour that even the bible couldn’t describe, which meant that we were already pissing wet before the festival began. It also meant it became muddy very quickly. REALLY muddy. Not that that deterred us. Half a litre of rum saw to that, so it was on into the main arena.

Digitalism were tearing up the main stage during our wander round the festival site. This was enough to get us to stop dead. The German electronic duo ploughed through some of their best tracks, with a blinding performance to really get the festival juices flowing.

From there it was on into the Toil Trees stage, which, as you may have guessed, was situated in a wooded area. This is where the Friday night magic was happening, and continued to do so for several hours, as we were treated to storming sets from Nicola Bear, Will Tramp, Doorly and then the frankly incredible Derrick Carter, who mixed it up with some lovingly crafted disco and house.

Set of the night, and quite possibly the festival, goes to the Godfather of British electronic dance music, Mr C. Closing The Fortress with a 3 hour set (due to the absence of B. Traits – her loss, our gain), we were taken on an all-encompassing adventure through the annals of dance history and present day. There we all were, in the pissing rain, giving it the most bifters we’ve ever given it, and you could tell our man on the decks was loving it just as much as we were. Without wanting to sound like we’re about to start crying great tears of joy, it can be said that it was possibly the best set this writer has ever seen in terms of DJing, sheer A-game.

Saturday was an altogether muddier affair, although the rain had stopped, so we headed back to the Toil Trees to witness a killer set from The Orb‘s Dr. Alex Paterson. It’s hard to beat a nice bit of acid house in the early afternoon. So hard, in fact, that we couldn’t tear ourselves away until it was time to go and see Donovan down on the main stage. Big mistake. Donovan must’ve been having an off-day because his set was akin to playing funeral songs at an eight-year old’s birthday party. Woeful, and so disappointing when compared to both the accounts of past live performances and his recorded material.

Fortunately, Easy Star All-Stars were on hand to take over the main stage. They delivered an excellent performance, with tracks from Dub Side of the Moon and Radiodread, and stunning us all with an emotional delivery of some of the finest songs from both. Further outstanding performances were provided by Paul Taylor, who was shredding the Fortress. Altern-8‘s Mark Archer and Utah Saints (over at Pratty’s Ring) blistered our eardrums following Taylor‘s set. The Igloo tent was the ideal spot to round off the Saturday, with Alcatraz Harry, Danny Savage, Kepler, and Luke Pompey absolutely masticating riffs all over the shop. Seriously, this back to back to back was off the chart, and there was all manner of twisted bleeps and burps smashing out of the speakers.

See what our GITmix series has to offer, here

A breakfast of pizza and churros sorted us out to around the 75% mark, but Sunday required a lot of chilling, right into the early afternoon. Much of this was provided by the Smoky Tentacles Shisha Lounge, who offered an almost innocent tasting hair of the dog by way of their double brandy chai. Equally responsible for our chill factor was Marc Constantine, who looped his way through a cosmic set, before his man, beatboxer Donny, joined him on stage for a fucking brilliant drum and bass rendition of La Roux‘s In for the Kill. 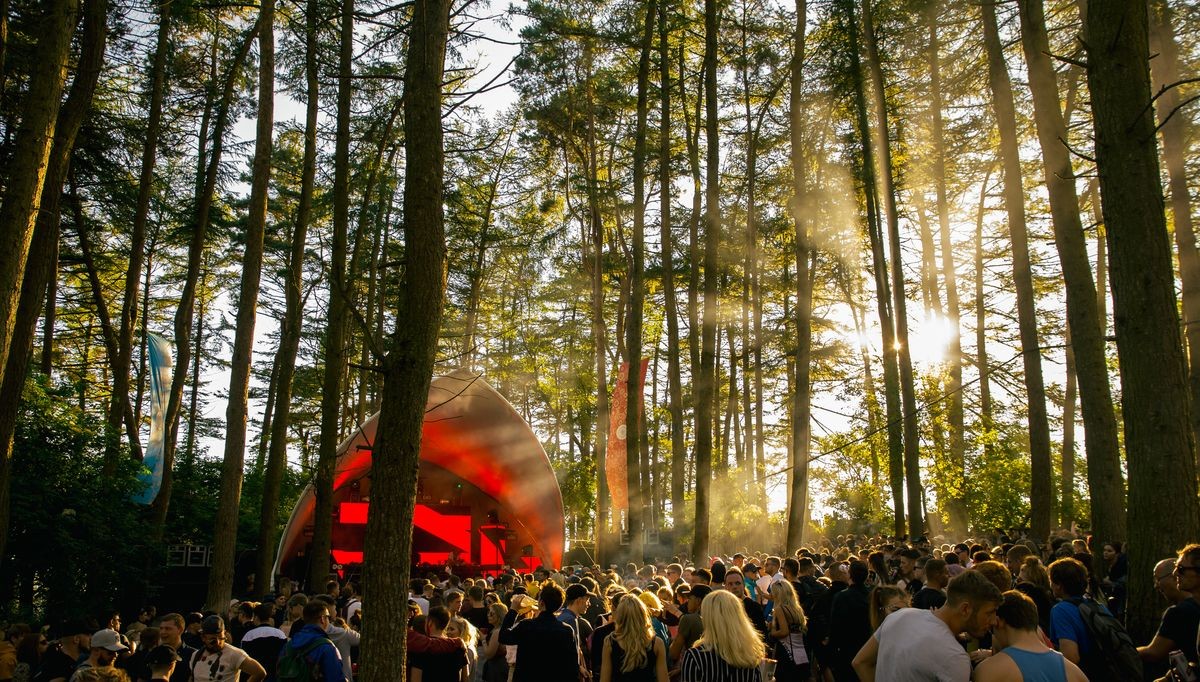 Mr. Scruff got us back on the road to insanity, with some awesome bumpy house back in the forest, before Chapter Four, Dub Smugglers, Andy P and Bodie terrorised the Trash Manor with styles ranging from deep dub to chunky house. Sunday nights tend to be quite a chilled out affair – however, it was guns blazing as the Dub Pistols fired shot after shot from the main stage, with blistering breakbeat attacks ricocheting off our domes. Energy levels were high enough at this point to catch the back end of Riton‘s set, and Andhim‘s closer in the Toil Trees, while Todd Terje was treating the main stage crowd to some disco-tinged house music. Both were amazing, but Andhim seemed like the perfect act to end the festival on, their euphoric tech house sound culminating proceedings on an amazing high.

One thing that is to be said about this festival is the production was incredible. Each and every area had some excellent special effects going on, from Trash Manor‘s animatronic security cyborgs, to the fire-breathing dragons of The Fortress, the festival on a whole was a feast not just for the ears, but for the eyes as well. The belly was also catered for feast-wise, with some very reasonably priced, delicious, food. We had bounty such as traditional Swiss Raclette, wood-fired pizza, and rejuvenating smoothies. Tasty as fuck.

Beat-Herder is by far and away the best small, boutique festival the north has to offer. The enthusiasm and friendliness of the crowd did us all proud, and the organisers too, who have nailed it with one of the best festivals this writer has ever attended. Not a single bellend was encountered, and every member of the crowd in attendance seemed just as sound as the next. If you want our advice, get all over this festival next year. Beat-Herder 2016 was a fucking blast. 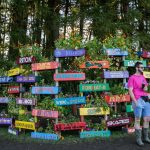 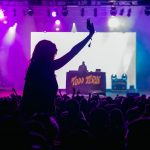 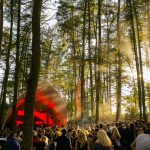 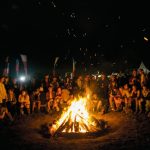 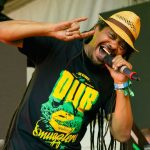 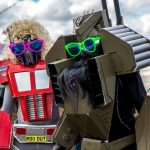 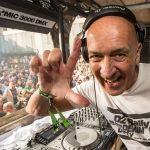 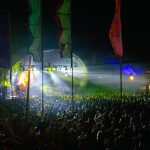 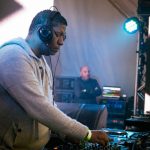 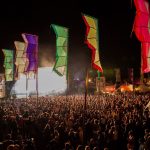 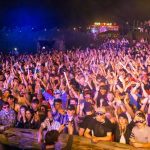 Going off at Pratty’s Ring 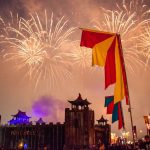 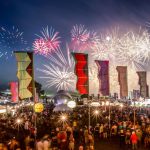 Fireworks over the festival 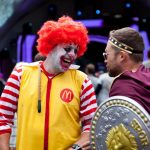 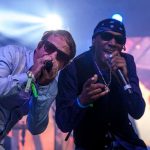 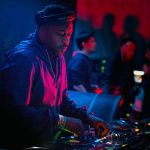 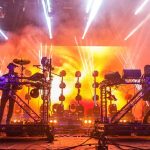 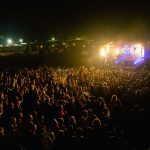 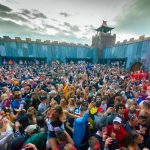 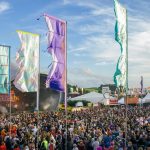