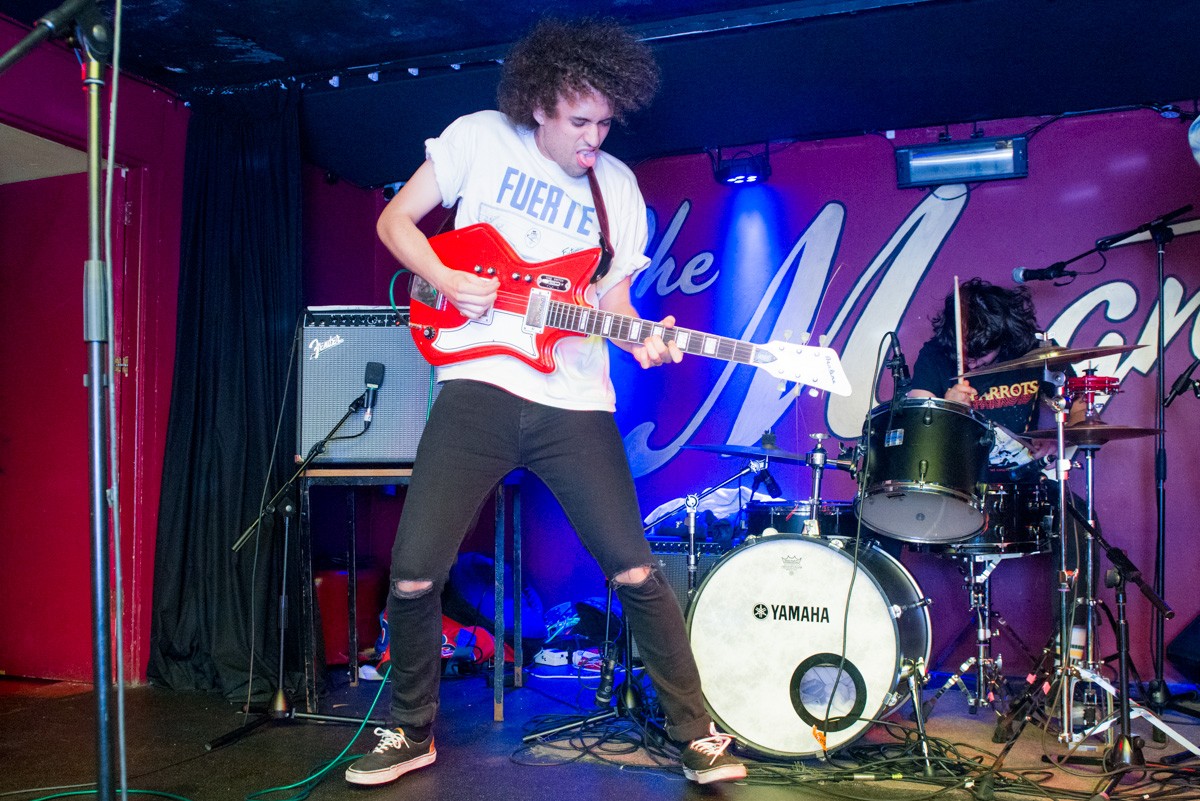 Bare nipples, boys wiggling their bums, crowd invasions and stage invasions greeted the Parrots, as Getintothis’ Sue Bennett was there to lose her mind within the padded red walls of The Magnet.

People were saying this was going to be the gig of the summer and there was a genuine sense of excitement as the crowd gathered early in anticipation for The Parrots to take the final slot of the evening.  In the meantime, however, the spectacle of the supporting act was something to behold.

Jo Mary took to the stage first. They appeared like a gang of faceless boys, heads down to their instruments, full of curly hair rocking back and forth.  That is with the exception of their tambourine player and totem of dance.

There are loads of band members in Jo Mary, or at least that’s how it felt to watch them on The Magnet’s underground stage.  It’s like they’ve invited their mates, and this feeling makes them very likeable.  Aside from the spirit of some legendary house party, they also bring with them rushes of intensely motivated, forceful guitar riffs. Sometimes their style is abundant in one idea and in that sense it is pleasantly unnecessary.  That is meant as a massive compliment, they will give you a luxury of sound that gives over and over.  You will go with them, joyously.

Molly’s Lips has nothing on the way Jo Mary will want to get through to the other side on a one road riff.  It is a nerve-edge filled riot that laughs and beats and appears in a cartoon cloud of noise.  Sometimes the lead singer’s vocals come up for air, and he can really sing.  It is a moment of clarity that comes before a tidal wave of Pavement crashes around their sweet smiles to provide something authentic and overwhelming.

As if that wasn’t enough for one girl already, Psycho Comedy took the next slot.  Their lead singer has an image that he’s greater than, and that’s saying something. He belongs to the flashes of silver glitter under his eyes; he belongs to flares and the Cobain vintage sunglasses.  In this appropriate categorisation of alternative fashion he is however highlighted as more than that too.  His talent is a contrast the mundane expectation of what a band feels like.  He has a poetic moxie that will lovingly humble you.  You have to see it to be reconfigured by it, and we would strongly recommend that you do.  Psycho Comedy possess more charisma than some major players.

Ohmns were semi-naked, riotous and were sometimes joined on stage by friends. They’re a party.  You can see their boxer shorts.  You can see their nipples.  You can feel their pain and their love.  In this whole configuration of supporting acts there seems to be the spirit of the late 80s underground.  Ohmns come out howling like the Pixies and go so hard that at first I am amazed that this isn’t happening at a heavy rock club.  They are intrinsically linked to this scene, however, and they are making this thrashing crowd the happiest.

After a frenetic set, they are hungry to do one more and so is the collective party.  They’re unleashed on full throttle and they’re going at some speed.  There is no control over what might happen; but in a very contradictory way this chaos is being handled by a skilful group of men with attractive personalities.  They are funny and it’s visceral.  Male banshees made of screaming swagger.

One of their stage invaders and temporal band mates announces: ‘I’m pissed off! I’m always so fucking pissed off”.  Assertions such as this are contrasted against their affectionate dedications to Buddy from The Floormen and his legendary DJ Dad Bernie Connor.  The rabble of noise starts up again and so does the party.  Some of them have got their heads down banging away, and some of them are doing the twist as if they were at a 1950s beach party – this sums it up.  Ohmns totally kicked the doors in.  It was a complete exit from normality.

In the wake of these supporting acts, and this unity of creatives, came the hotly anticipated Spanish trio The Parrots.  They look like a subgroup of The Strokes with Salvador Dali guesting on drums, or at least Dali has leant drummer Danny a moustache.  Regardless of the persistence of memory that might invoke The Hives at one of their top speeds, The Parrots contain the energy of the moment.  There was a genuine excitement for the consumption of this band.

At one point lead singer Diego gets into the crowd to sing with his new friends and potential lovers.  There was a girl sat on the edge of the stage with him getting a full-on serenade.  It was just as nice for us as it was for her.

They involved everyone in this feeling.  No more so when Diego came into the crowd for an intense group dance.  This was so loving and united that it never got to the point of being a mosh-pit although it did haemorrhage clumsy, drunk and blissed-out rock and roll fans.

The Parrots are sometimes indecipherable, but you won’t care, you’ll just want to be involved.  They will motivate you to dance and to learn the lyrics, to be fearless and sing to strangers that you love.  Diego cites the charm of Jonathan Richman singing in Spanish and getting it all wrong as an influence.  It’s easy to see how Diego is the binary of this kind of brilliantly misfired linguistic bullet.  His is a little bit more purposeful, and he’s taken aim for it to puncture you in the heart rather than Richman’s propensity for a funny punchline.

We were possessed by 60 head beats per minute and the desire to run after them when they’d gone. They were dirty, they were raucous and they were entirely welcome.  Go and get up close with them while you can. 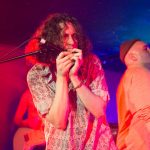 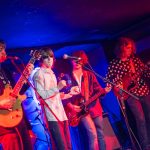 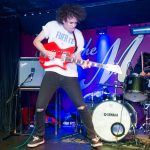 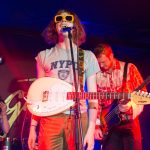 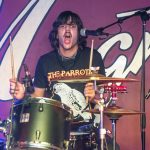