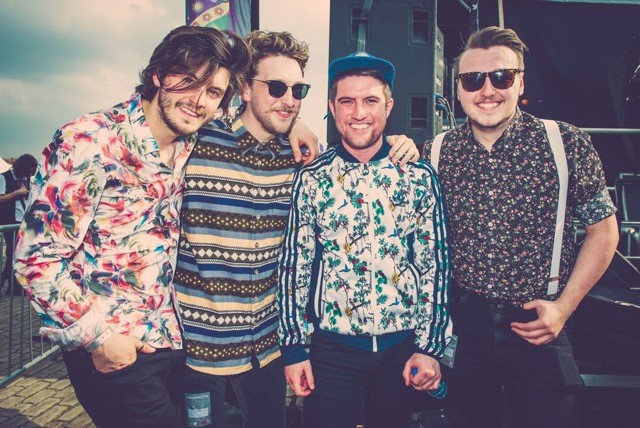 With the new label Rooftop Records launching with a Parr Street studios engineer at the helm, Getintothis’ Adam Lowerson has the exclusive listen to the opening brace of new tracks.

Rooftop Records, a new label founded by Chris Taylor, studio manager at Liverpool’s Parr Street Studios, is set to launch this month with Singles September. This month long project will see the label release a new track by an emerging Merseyside artist every Friday of the month, beginning this month with Seprona.

Following this, there will be a launch night and showcase for the label at Parr Street’s Studio 2 on October 7, which will see all four acts currently on Rooftop Records’ roster play the intimate venue and a chance for the public to meet the team behind the label.

Singles September will feature the four acts currently on Rooftop Records’ roster, Seprona, Youth Hostel, Red Rum Club and Venus Demilo, who will all release a new single throughout September. You can hear the first two releases from Singles September exclusively below.

The label launch comes as the icing on the cake in what has been a huge year for Parr Street Studios, with a number of notable success stories and acclaimed albums being recorded there, or engineered by Taylor and Parr Street engineer Rich Turvey.

The Coral recorded their latest and widely acclaimed record Distance Inbetween there, Sugarmen were signed up by Seymour Stein to Warner Records after grabbing his attention through their Chris Taylor produced single Plastic Ocean, and most recently, Stockport starlets Blossoms achieved a number one record with their Rich Turvey produced debut LP.

Speaking of this purple patch and the journey it has taken the studio to get there, Chris Taylor told us, “I’m so unbelievably proud of what we’ve achieved. I took on the studio complex with Rich Turvey in 2010 and it was really struggling at that point. I think all of the major studios were finding it difficult, but with the conversion of Studio 2 into a bar in 2007, I think that all the labels assumed Parr Street had completely shut down.  It really did take us a couple of years to rebuild Parr Street’s reputation, but I really feel like we’re flying at the moment.

“We’re incredibly busy and I think that’s a huge testament to the team. People make records – not equipment!   Encouraging a creative environment is critical, and I’d like to think that’s where we’re really succeeding at the moment.”
So with Parr Street Studios thriving as a recording space, Taylor is using his experience to shine the spotlight on exciting emerging acts from Merseyside, and in Seprona, Venus Demilo, Youth Hostel and Red Rum Club, he feels he has the perfect bands to launch Rooftop Recordings with.
“Parr Street is so busy and we make loads of great records that never really see the light of day. It’s easy to book a session and make a record, but getting that record to be heard can be really challenging. I guess I just wanted to shine a light on some of my favourite local bands” he said. 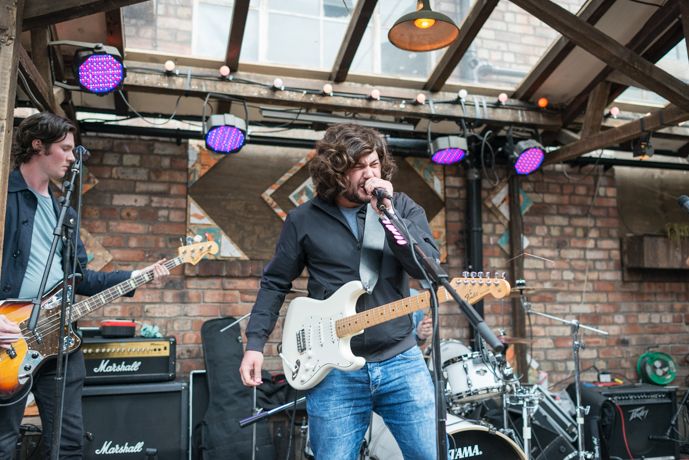 “I’ve been working with these four bands over the summer and I guess September was just the perfect time to shout about them.“
With the first track of Singles September, Seprona‘s How Much Time, set to be released on September 9, Taylor is hoping that the label can get them the exposure they deserve. “Seprona have been in and out of the studio for the past two years. They’ve really developed their sound and I think they’re making really interesting music. However, despite some great showcases, and some notable support from Dave Monks, they seem to struggle to get their music out there. I think their new single is their best tune yet.”
New tracks from each band will follow every Friday throughout September, and with plans already in place for the more releases, Rooftop Records’ emergence could be great news for emerging talent in Liverpool. Speaking on Rooftop Records‘ future, Taylor told us, “The intention is to keep showcasing any unsigned talent that we find.  We’ve already made some plans, perhaps we’ll announce them at the label launch on October 7″.
The full schedule for Singles September is as follows: