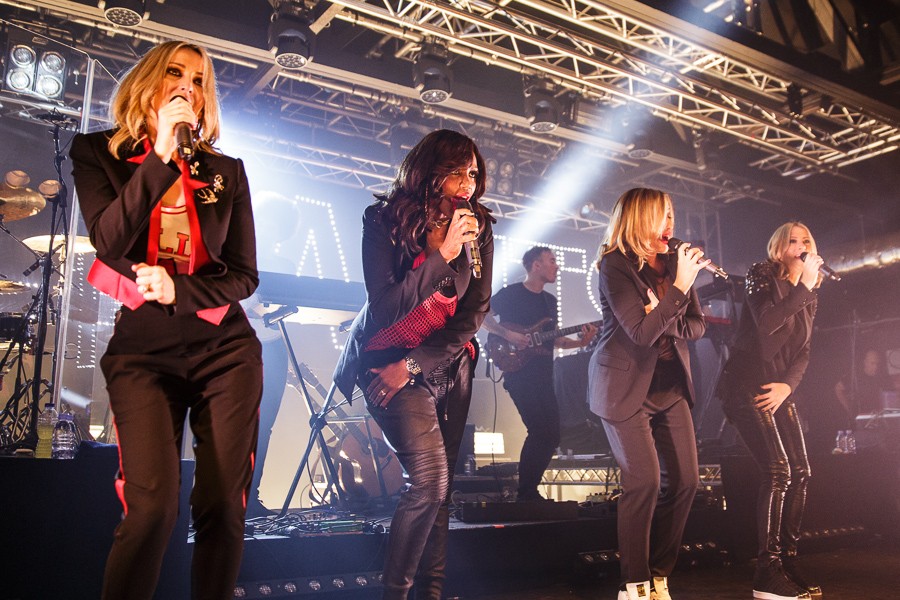 As All Saints enjoy their second comeback, Getintothis’ Del Pike heads for the Academy and vows to never say Never Ever again.

Cast your mind back, if you are old enough, to those Britpop days of the mid 90s and Oasis, Blur and Pulp will more likely fill that mind-space, but it wasn’t just the lads who were enjoying the party. The Spice Girls may not have been welcomed into that indie fold, but their presence was vast nontheless. Hit after hit ensured that these five original cheeky girls were the biggest thing since The Beatles, but it was over as quickly as it began.

When All Saints rolled onto the scene in 1996 with their absolutely stunning Never Ever single and equally impressive album, it seemed that the pretenders to the throne had arrived. Lacking the cartoon characteristics however, the All Saints phenomenon was a much classier and sedate affair, their music more smokey and their appeal a little more mature.

A succession of hits including Booty Call, Pure Shores and Black Coffee kept them in the public eye for long enough to make their mark, but it may have been the mis-directed movie, Honest, directed by Dave Stewart that led to their demise. A lacklustre crime caper that required dodgy acting and clothes shedding from the girls and not a lot of music. Not too classy then. Shaznay Lewis made the right decision to not appear.

Their 2016 comeback album Red Flag has been well received despite the lead single One Strike failing to break the Top 20, but these sure are strange times in the world of the UK music charts.

Their tour landed in Liverpool tonight.

First up is Hanne Leland, a Norwegian poppet with a distinctive Euro-pop sound. Keep on Moving, her recent European hit, is shimmery and summery in all the right places, as is You Don’t Own Me. Sadly the backing of keyboards and drummer are over-enthusiastic and drown out Hanne’s vocals. At times she appears to be pacing the stage muttering to herself due to the poor mix.

The pounding 80s power drums dominate so much that the set is hard to enjoy, which is a shame as Hanne is a bright young thing who is no doubt entertaining when you can hear her. One Last Chance almost redeems, but the thing we will remember the most is her stripy woollen skirt and jumper that is not dissimilar to the outfits of Aussie kids’ entertainers, The Wiggles.

A lively pre-show set from DJ and All Saints producer Karl (K-Gee) Gordon relies on a crowd pleasing hits collection including House of Pain’s Jump Around and OutKast’s Hey Ya, getting the crowd suitably genned up for the main act.

Love Live? Catch up on our latest gig guide here

All Saints look like they stepped into a Tardis in 1998 and arrived on the Academy stage. No lie, they look exactly the same, not a wrinkle in sight. We are all back in the 90s and the opening I Know Where It’s At reminds us of why an All Saints comeback will always be more worthy than a Spice Girls one. It’s sassy and smart and those ladies still know all the moves.

Puppet on a String and Rock Steady keep the party going right up to an early highlight, the irresistible Black Coffee from their Saints and Sinners album. One of the best pop song intros of the 90s, a prowling, sinister chant from Shaznay Lewis shamelessly gives way to a pure pop classic, rounded off with a reprise of that brilliantly dark intro.

The band are on a roll and genuinely appear to be glad to be back together. Regular reminders that there are four sisters in this band and not two, and how much they love us keep spirits high, and the crowd are lapping it up. The biggest smile here tonight is on the face of Melanie Blatt, she can’t help herself.

The bizarrely titled Ratchet Behaviour and album title track, Red Flag please fans of the new stuff but it’s the old classics that sprinkle the magic over the Academy tonight. Lady Marmalade is mashed up effortlessly with Salt n’ Pepa’s Push it and The Kinks’ You Really Got Me, seriously. It works too. And there is still much pleasure to be had from four almost middle aged women having the time of their life performing Booty Call. The intention here is for the audience to feel the same love that the band are feeling “it’s mutual” cheers Natalie Appleton in her majorette blazer and baseball shirt.

As the show draws to a close there is a lull as they perform a medley of their solo material around a guy called Mo who slaps a box. It’s at this point that we realise what an incredible voice Shaznay possesses.

A round-up of the remaining hits closes the set with their class version of Red Hot Chilli Peppers’  Under the Bridge and the inevitable Never Ever with a Get Ur Freak On intro and it still sounds perfect. The encore allows them a chance to air the not too shabby One Strike single and to remind us of the beauty of Pure Shores.

As comebacks go, this was pretty tight. A spot on band, four ladies who still clearly love the bones of each other and enjoy what they do and a set of songs that is way better than we perhaps remembered first time round. 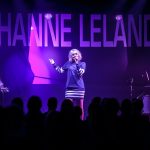 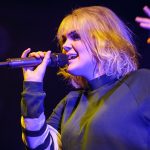 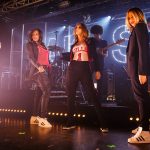 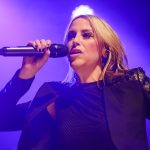 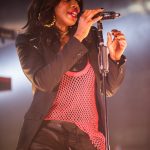 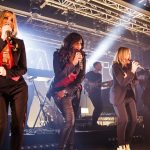 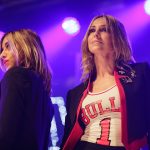 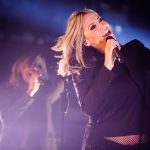 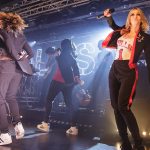 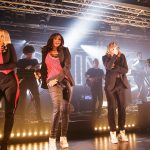 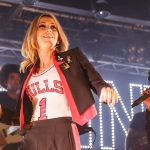