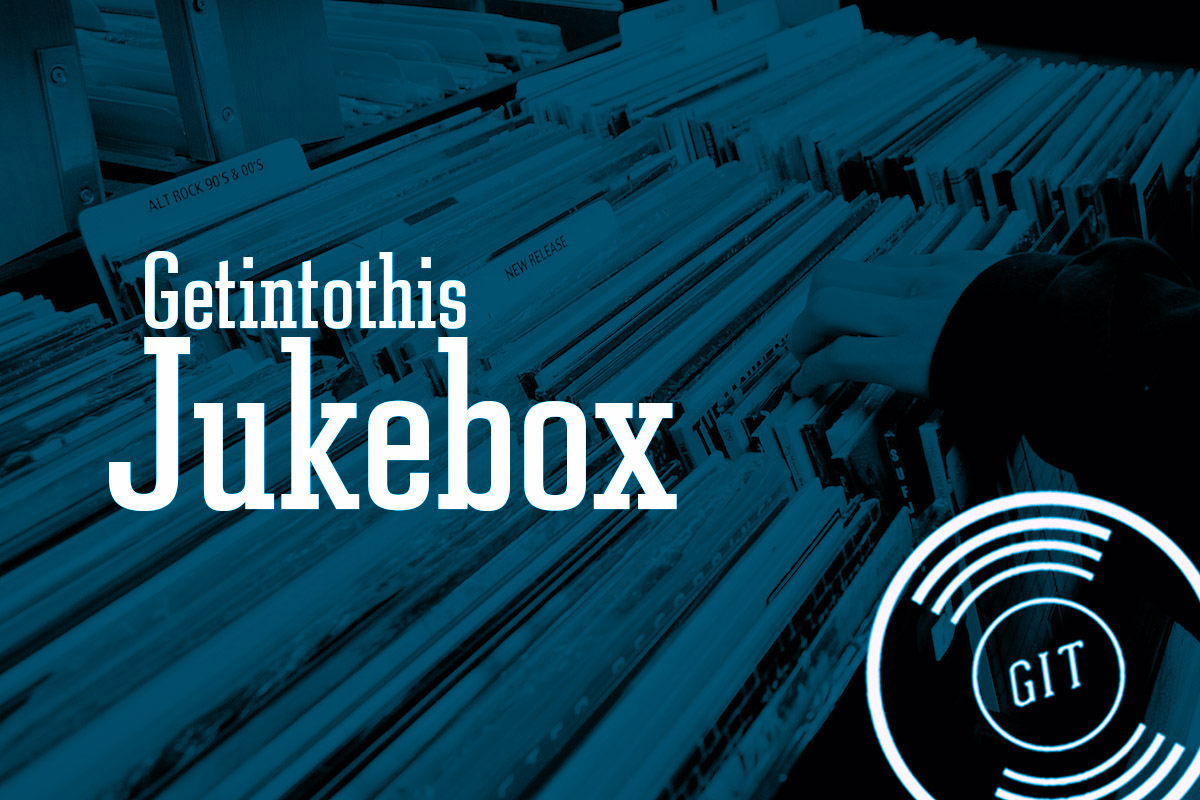 We’ve recently said bye to January and hello to February, one step closer to Spring. Winter’s impact on music is a funny thing. Many bands and artists tend to lock themselves away writing and recording at this time of year, ready for a busy sprint, summer and early autumn of touring and festivals. The gigs that remain leave you with that fashion dilemma of coat and sweaty gig or freeze to death but no awkward coat or cloakroom wait. It’s a real dilemma.

Whatever you decide, Getintothis Jukebox is here to provide you with a handy playlist – for the time spent deciding coat or no coat, for the trip to the gig or for the snuggle on the couch when you’ve been boring and gave it a miss. We don’t judge you. Honest. Go to the gig though…

We kick off this edition with one of the most exciting new artists to emerge in the last year or so, Alexandra Savior. Her debut album Belladonna of Sadness is getting closer and she’s just shared another bewitching cut, Mirage. Disclaimer: You’ll fall in love with her in seconds.

Lucia Fontaine has marked her rebrand as LUCIA with wonderful new track Saturday Is Dead featuring the enigmatic Roxy Agogo. Throughout Agogo’s influence is clear, from his distinctive guitar lines to the driving fuse underneath. LUCIA’s dynamic lead vocals merge beautifully with Agogo’s and the effortlessly groovy tone to make an absolute banger. Play it loud.

Leeds outfit The Strawberries just get better and better. They’ve only released a handful of tunes but each one stands up strong, bettering the last. New number Fantasy Machine boasts their best chorus kick yet, groove-bodied and full of riffy fuzz surrounding the dynamic vocal attitude of Sam Neil. Irresistible.

Now, The Amazons. Certainly one of the hottest bands in the country. Purveyors of insanely catchy, thrashing alt-rock by norm, however new single Black Magic takes on a slightly lighter tone whilst continuing assured upwards momentum towards their debut album.

Tenth Day of May – the frenetic Americana-rock fuelled first offering from Birmingham band The Americas, is a gritty offering to get your teeth stuck into. Infectious vocal rhythm and slick guitar licks often work wonders, they have here, slick, assured and as ‘music to ride motorcycles to’ it hits the spot.

Now for a quick-fire bite of mind-warping brilliance from Amsterdam’s St. Tropez with blink and you’ll miss it dose of reverb-drenced garage-rock throb Democracy. It really is brilliant.

Now for a few fresh catches from Liverpool.

New Atlas the project of Owen O’Hagan has a new single out, Morphine. An infectious dose of beautiful pop goodness that’s already had the approval of Radio 1 DJ Phil Taggart (a man who’s guested on this column), receiving airplay on several occasions and it’s easy to see why. It’s also easy to see why the track is labelled for fans of Two Door Cinema Club, carried by its beat and purely uplifting to anyone who sets ears upon it, Morphine is bloody brilliant, don’t worry about overdosing on this baby.

Polar States have a new EP out March 10 titled Electric. Taken from that EP is delicious, euphoric guitar-pop anthem Gold. Boasting a chorus fit for big stages and a tone fit for the radio, it’s a jaunty earworm full of pop hooks, flickering riffs and big stage swagger that will inevitably lead to high places.

Liverpool alt-pop band NYTCLB’s new single Drive continues their upward curve of powerful anthemic hits. Big synths and sing-a-long choruses is their bread and butter and this one’s no different.

Duo HALEM are one of Liverpool’s brightest sparks, excelling with their pulsy, atmospheric electro-pop. New slice Ghost teams sharp synths with majestic vocals in effortless fashion to create a track you’ll be again and again without a second thought, wondrous.

Wes Hughes, frontman of Liverpool outfit Filter Distortion has used a break from the band to pursue a solo project, stripping the sound right back to his roots, picking back up his acoustic guitar. Featured here is Automatic taken from his debut solo EP out February 13. It’s a lovely track stripped back to gentle acoustics, light percussion and understated dreamy key/synth lines allowing the Hughes to quite literally do the talking with his fantastic lyrics. Automatic People serves as a solid introduction to a great new project well worth your time.

Creating surf, dream-pop fit for soundtracks. Liverpool quartet Echo Beach have unveiled their debut single Athena. A laid back, jaunty offering inspired by the non-stop creative nature city around them.

Leeds outfit The Sailmakers have released their fair share of beauties in the last year or so, now they’ve kicked off the new year with another belter, Golden Ratio. A real groovy track with an infectious underbelly of wavy synths and beats, each twisting and merging over minimalist vocals and delightful harmonies.

Elsewhere duo Luxury Death have unveiled their most delicate lo-fi tinged offering yet, Listerine. Taken from their new EP Glue, due February 24. Even within delicacy they still strike hard with touches of their most off-kilter garage-pop. This latest offering is softer yet still broods on with piercing alarm-like synths into a fuzzy closing outburst, revealing more to its close.

SAATSUMA, based in Melbourne, Australia, is the collaborative electronic music project of Memphis Kelly and Cesar Rodrigues. Making music inspired by many genres, leading to a multi-dimensional sound that’s entirely captivating. Made up of analog synths and beautifully layered vocals, showcased wonderfully by new track Isolate.

Derbyshire trio Patawawa are busy distracting us from the cold snap with their Diversion of huge summery pop perfection. Layers of funky bass and synths washed over sun-kissed guitar lines and lush vocals. Delicious, pass me an ice-cream, oh wait.