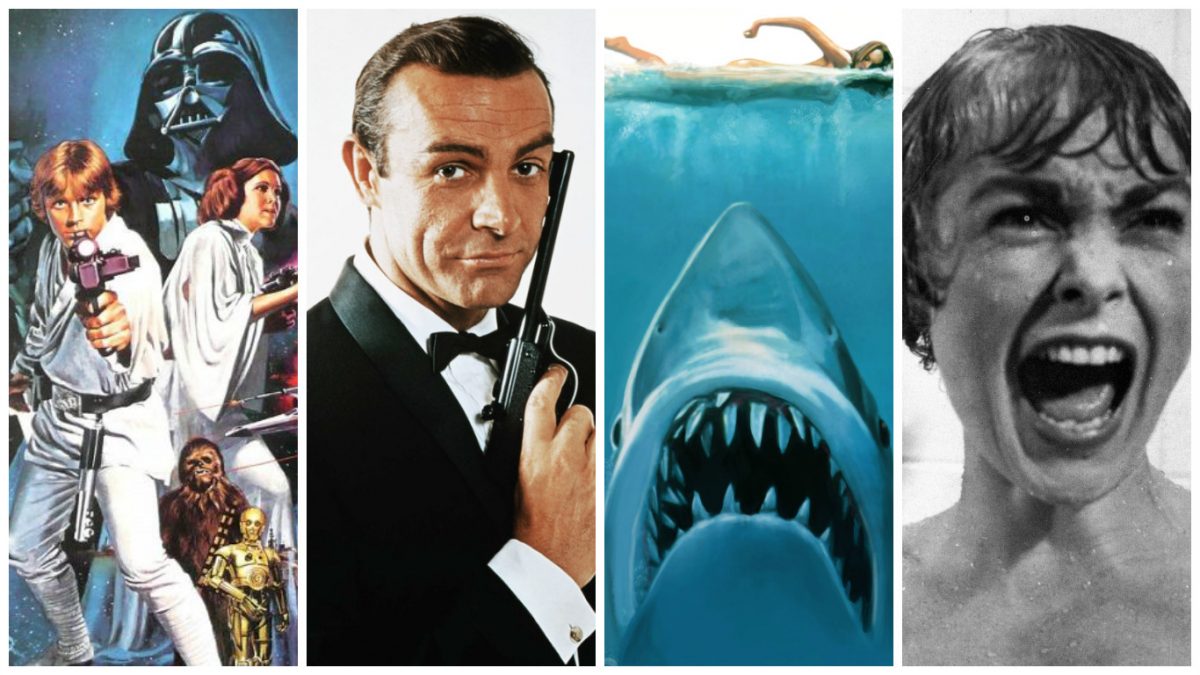 I’m one of those people who doesn’t stop humming and whistling whatever is stuck in my head, all the livelong day.

I live from earworm to earworm, often several weeks at a time, with the most recent to break the two-week barrier being Sinatra’s That’s Life. Sorry about that, those that know me. “I thought of quittin’ baaaby, but my heart just ain’t gonna buy it.”

Not to preach to the choir or anything, but great music is infectious in the way that great films linger in your mind long after you’ve seen it. I’ve been racking my brain to think of what recent original movie theme tunes have stayed in my head for longer than the span of the title card/sequence.

So, let’s get this out the way. Taking the last 15 years, since 2002, this is literally my complete list: Spider-Man, Team America: World Police, Star Trek, Skyfall, Inception, The LEGO Movie. Count them: six. That’s it. I swear, I do like movies. Try and make your list, only films that use original songs or compositions written for the film, that you found memorable.

I’m not complaining about scores or soundtracks, nor the quality of film music in general. But I do miss those signature themes that become a nostalgic synecdoche for classic films. Without a doubt the most deserving Oscar win of 2016 was Ennio Morricone, the first win for the man behind the Dollars Trilogy and Once Upon a Time in the West. I still haven’t seen The Hateful Eight.

It seems that now everyone and their proverbial mothers are cobbling jukebox-style soundtracks to establish an era. Picking great tracks makes for a great theme, sure; it’s hard to imagine Trainspotting and Pulp Fiction without Iggy Pop’s Lust for Life and Dick Dale’s Misirlou. And personally, I can’t think of Beck without hearing his cover of Everybody’s Got to Learn Sometime from the Gondry/Kaufman perfection that is Eternal Sunshine. But they’re still songs that exist independently. Nothing can separate original themes from their parent films.

I could go through a long list of underwhelming themes since the turn of the millennium, and make snarky comments. Which I did, but I got bored myself just writing it, so I won’t impose that on you. Instead, let’s investigate why.

Classic themes come alongside classic movies, whether it’s the genre defining Godfather, or Queen in the film I’m still fairly sure I dreamt, Flash Gordon. I’d argue that the last truly classic theme comes from Harry Potter and The Lord of the Rings, way back in 2001. That’s 16 years’ worth of serious Superheroes, tongue-in-cheek Superheroes, post-modern comedy Superheroes, found-footage Superheroes, and some other films too.

So why are they so forgettable?

Firstly, we have volume. As we move away from the New Hollywood era of the 60s and 70s, into the blockbuster era that we’re imprisoned in, everything the studios splash out on needs an audience. But there’s an endless torrent of a new ‘biggest film of the year’ around every corner, the opposite happens, and they get a sort of 15 minutes of fame.

The now long-running soap opera, the Marvel Cinematic Universe seems to upstage itself every few months. No wonder Avengers: Age of Ultron feels like a decade ago. It’s a near impossible feat for any film to be the ‘new Star Wars’, (except for the new Star Wars, of course) a film that attracted repeat theatrical viewings from fans for 44 weeks back in ’77. How could that theme not stick?

Of course, that’s giving the consideration that the modern themes are any good, and there are just too many for any to stand out. They’re not.

In our on-demand world, audiences may not want to sit through another 30 second title sequence after 30 minutes of cinema previews. It’s no wonder that producers are spending less time on them too. What’s left is either four seconds of a unnaturally silent title card, or just an indistinguishable snippet of the main score.

Clearly, the raison d’être of so many Hollywood blockbusters are to overwhelm the senses, as though Christopher Guest was hired to turn every dial to 11. The $200 million must go somewhere. Scores are there to support the movie, and themes can give it an identifiable label, but there’s a clear shift, for sci-fi in particular, to overproduce themes that lose any distinctive qualities. I swear I get instant amnesia after listening to themes like for Captain America: Civil War.

For modern cinema, recognisable themes are usually written for the pulpier side of genre film – the softer sci-fi’s, the outlandish action thrillers. Things like The Matrix, Bourne and The Hunger Games really missed out. At least The A-Team carried its theme from the TV series, as did Hitchhikers Guide to the Galaxy, Mission: Impossible, the brand is what people came to see.

But inevitably, we turn to: Bond. What would this franchise be without John Barry and the theme composer Monty Norman?

In truth, I feel like the rabbit-hole title sequences and the draw of a new and brutally dissected guest-artist are the only things keeping me watching these films. Although the last song I actually liked prior to Skyfall was For Your Eyes Only, but that’s another matter. It’s still a tradition that I adore, as everything else in the series seems to have lost its original charms.

Not to disprove my point here, but I salute the Johnny English team for getting Robbie Williams to do his take. It’s no Skyfall but it’s leagues better than whatever crap Sam Smith squealed for Spectre.

Horrors are interesting. We hold up the master of suspense’s suspensefully masterful Psycho theme, and the infamous two-note Jaws motif in such high esteem. What could composers do nowadays that could possibly match the legacies of the classics? Saw is probably the last classic, and I love The Babadook’s, but they’re few and far between.

I get that memorability is often not the intention. In Insidious and The Conjuring, both James Wan directed/Joseph Bishara scored films, their entire purpose, alongside the rest of the score is to crank up the ongoing dread. As effective as that is, The Shining does the same but it’s distinct enough to haunt you to your face. It continues to resonate long after it finishes.

I could have sworn that the Iron Man theme was the Black Sabbath song. How could it not be? So, I checked, and made a horrifying discovery. The logo appears, with a metal clank. Then silence. THAT’S IT. What – the – actual – Dickens. The theme from the score (I assume that it plays during the credits) is another rather forgettable nothing, some electric guitars and an aimless orchestra. But you get the idea. I just want some proper theme tunes, something I can hum to. Give me that at least.

My hope is this; Time is cyclical. We went from bold and iconic tunes to grand muddy orchestras, but we always revert to the originals sometime, whether for nostalgia or tradition. It’s one of the few things in this world that I’d stick in the ‘if it ain’t broke, don’t fix it’ category. As god-awful as Superman Returns was, it used the iconic John Williams theme. A thousand points. More of that please.

TV does well, though.