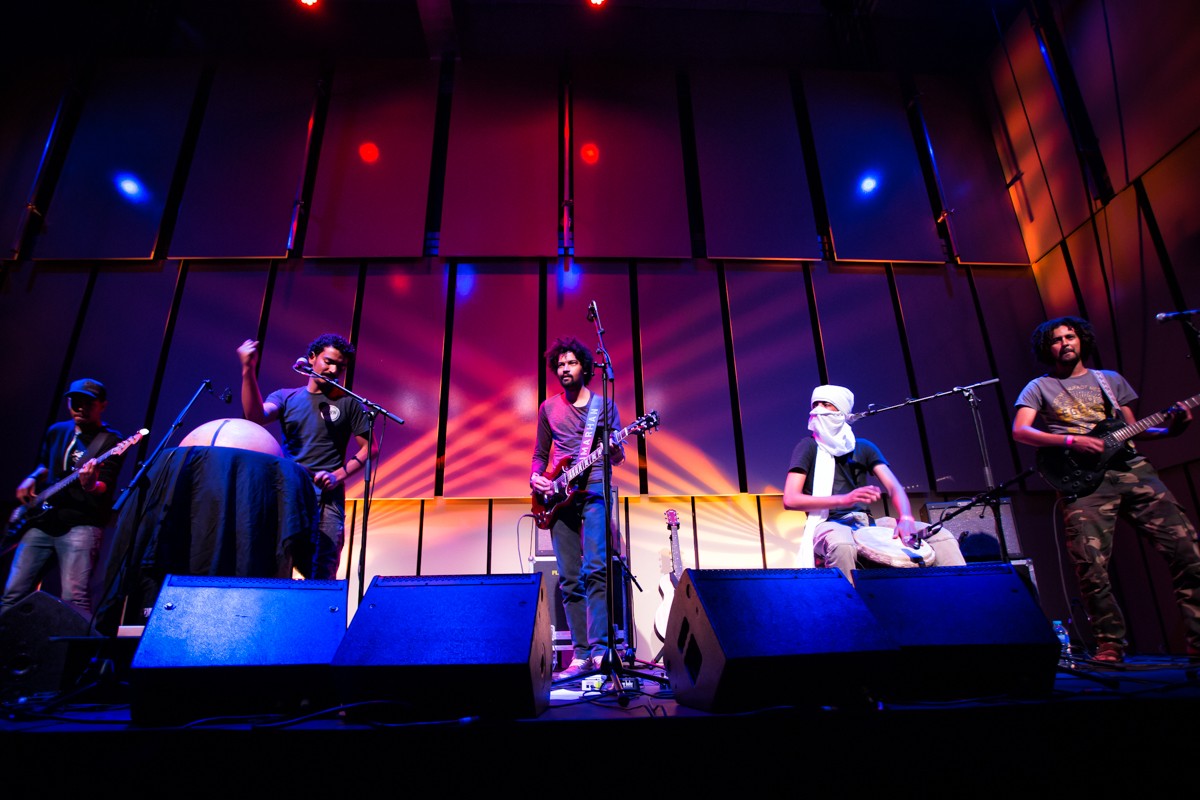 Algerian band Imarhan will bring their desert rock sounds to Liverpool, so Getintothis’ Will Neville looks forward to September.

Imarhan will be playing their own unique combination of traditional folk from the Sahara and the raï sounds of Algeria when they stop by at District in Liverpool on Friday September 7.

Harvest Sun bring another special night to town, in association with Africa Oyé, following up previous coups such as fellow Tuaregs Tinariwen, who wowed the Liverpool crowd at Invisible Wind Factory in March last year.

The members of the band all hail from Tamanrasset in southern Algeria, among a Tuarag community of northern Malian origin. Their music reflects the funky rhythms of their west African roots as well as the sparser sounds of traditional Saharan folk, and Algerian raï’s pop core.

Imarhan’s eponymous debut album came out in April 2016, being quickly hailed as a fine addition to the burgeoning success of new Tuareg music in Europe, with the band playing at the Liverpool Philharmonic Hall’s Music Room that summer.