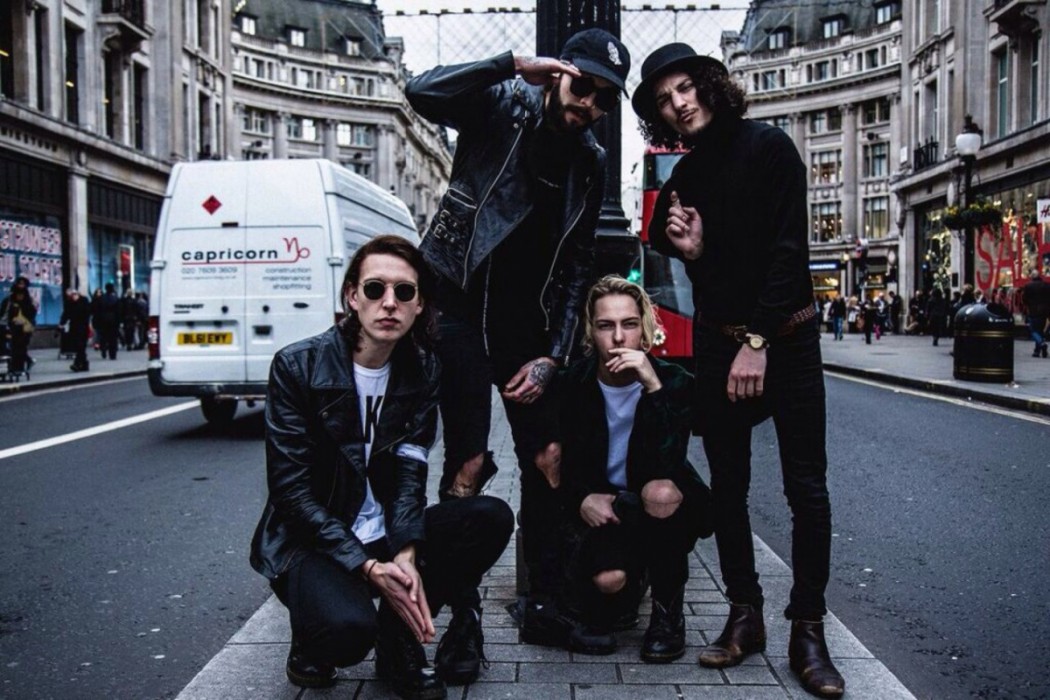 In 2016 Watford band, The Hunna, released their debut album, ‘100.’ The band say to have that opportunity was ‘mad’ and ‘incredible’ as it was something they “have always wanted to do.”

They say they were ‘shocked’ by the success of the album as it went to no.13 in the album charts and no.2 in the vinyl charts.

Now they are hoping to follow that up with their second album ‘Dare,’ which is due for release on the 25th May, three days before they perform at the Liverpool Olympia.

Touring is nothing new for Ryan Potter, Dan Dorney, Jermaine Angin, Jack Metcalfe as since releasing their debut album they have been enjoying life traveling across the UK, America and Europe.

When speaking their strong fanbase, they say the feedback they’ve received has been ‘very satisfying’ and gives them the confidence in what they are producing as it makes them feel like they’ve ‘done something right.’

The band have a clear enjoyment of touring and joke that they have ‘withdrawal symptoms’ when they are off the road and away from their fans for too long.

“Every city has something special about it and we always look forward to revisiting them.”

The idea to form a band came when they were sixteen, saying they’ve “made lots of bands on the way to becoming the ‘Hunna’ and we have learnt a lot along the way.”

They decided on the name, ‘The Hunna,’ whilst ‘hungover in a supermarket in Bath.’ ‘Hunna’ is slang for ‘hundred’ and is a phrase the band always used and believed it would make a ‘bad ass band name.”

Music has been a part of their lives for a long time, saying that “we’ve always been playing since an early age.”

There is clearly a close friendship between the band, describing themselves as “brothers from other mothers,” with the relationship with each other stretching back their high school days.

The bands musical influences range from Drake to the Kings of Leon to Kanye West. “We like anything from any genre, as long as it’s a good track.”

Within weeks of their first album being released, they already had plans to prepare for the second, with the mantra always being “bring on album two.”

“Writing for us never ever stops. The more you write the more you have to pick from when it comes down to releasing a record,” adding all “our songs get stored in what we call The Hunna Bank all ready for future use. ”