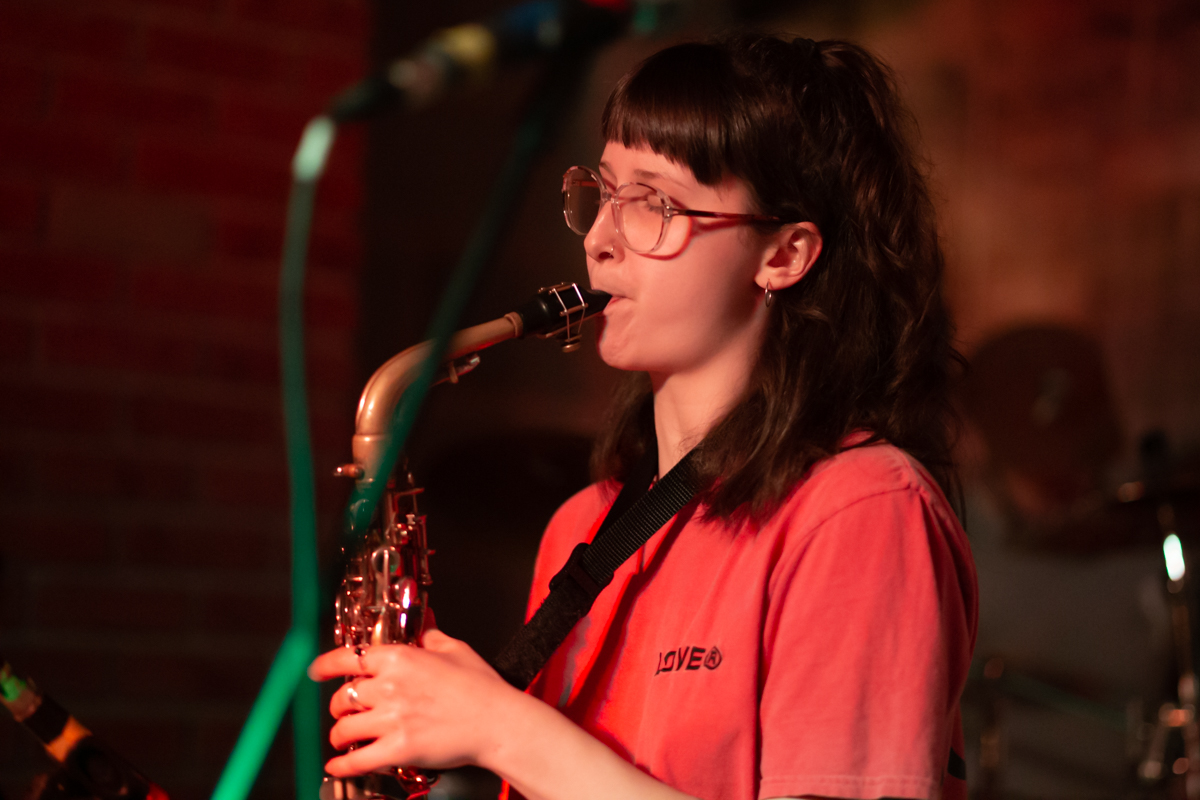 Têtes de Pois gave Sound a proper workover and Getintothis’ Peter Goodbody was there to see the Leeds septet do their funk thing.

It was funk night in Sound tonight, with the oddly named Têtes de Pois, the Leeds seven piece instrumentalists, taking the top spot on the bill.

It’s an intriguing prospect this one and although we’ve seen both the supports before, Têtes de Pois are an unknown quantity. There’s an album – Framework – on Bandcamp , which sounds decent enough, but to be honest we’re just checking it out over a Mushroom Foo Yung in the Chinese for a bit of pre gig scran.

It’s a mash up of brass, sax, keyboards and guitar. A kind of Latin / soul crossover with bits of classical thrown in for good measure. It’s promising material for a kind of gentle sounding evening, which may be what is required after Frank Carter’s antics the other night.

Blurred Sun Band are Getintothis Deep Cuts alumni and start off the proceedings with their laid back lounge jazz style. It’s well received by a respectably busy Sound basement, especially as the set progresses and gets heavier and develops a more psych feel. A good start to the night.

In the break Anti Social Jazz Club was spinning the grooves in a totally less than anti social way. This was not your average club DJ, but a really cool interlude. No, we mean it. Jazz funk is certainly not on repeat in our house, but every now and then, when done this well, with the knowledge to back it up, then it’s cracking.

Samurai Kip have packed out the room. And rightly so. They’re more blues funk than jazz funk. And it’s sublime. Heads bobbing everywhere. Chicago v Rio and both sides win.

Their big draw is the trombone, but singer, Aidan’s voice gives us a slice of gravel with every song. There’s a lot of love for this band and it’s easy to see why.

They have all the right bits joined up in the right order. Ask anyone here tonight what is their preferred music genre and we wager not one would say either blues or funk, nor even blues / funk. But that’s the draw of a band like Samurai Kip. They’re the best friend you didn’t know you had until you met them.

We have no idea where the name comes from nor indeed what it means. Well, we did enough French at school to know it means literally Head of Peas. But what does that mean? Do peas have heads? We texted our native French speaking mate and he has little idea as well.

“Pea Heads” he suggests. But then he remembers Pois can also refer to Polka dots. So, Head of the Dots, perhaps. We remind him the band is from Leeds. He gets out his Yorkshire / French dictionary, but he’s not getting too far. “Head of the Dots” is his last shot.

There’s precious little room on the stage for your usual four piece band in Sound. Têtes de Pois squeeze seven of them on there.

And it’s the mix we were expecting. From jazz to funk to soca and all places in between. It’s a shame the Samurai Kip crowd didn’t stay around for this because it was worth it.

“We’re all the way from Leeds. To Liverpool. The two big Ls. Fuck London”.

The set has a kind of film theme feel to it. There’s that Cagney and Lacey vibe going on, with a bit of Hawaii 5-0 thrown in for effect. Maybe some Starsky and Hutch too.

It’s all feel good belters and we’re uplifted as the crowd bob along and whistle, hands in the air as if they don’t care. It’s a Thursday after all and there’s only one more day until the weekend. And Têtes de Pois will be our soundtrack to this one. 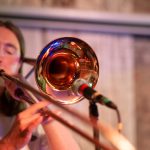 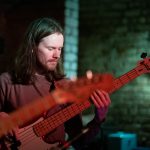 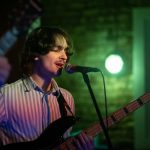 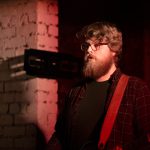 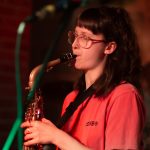 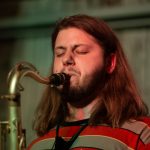 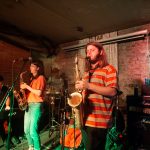 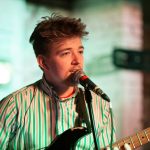