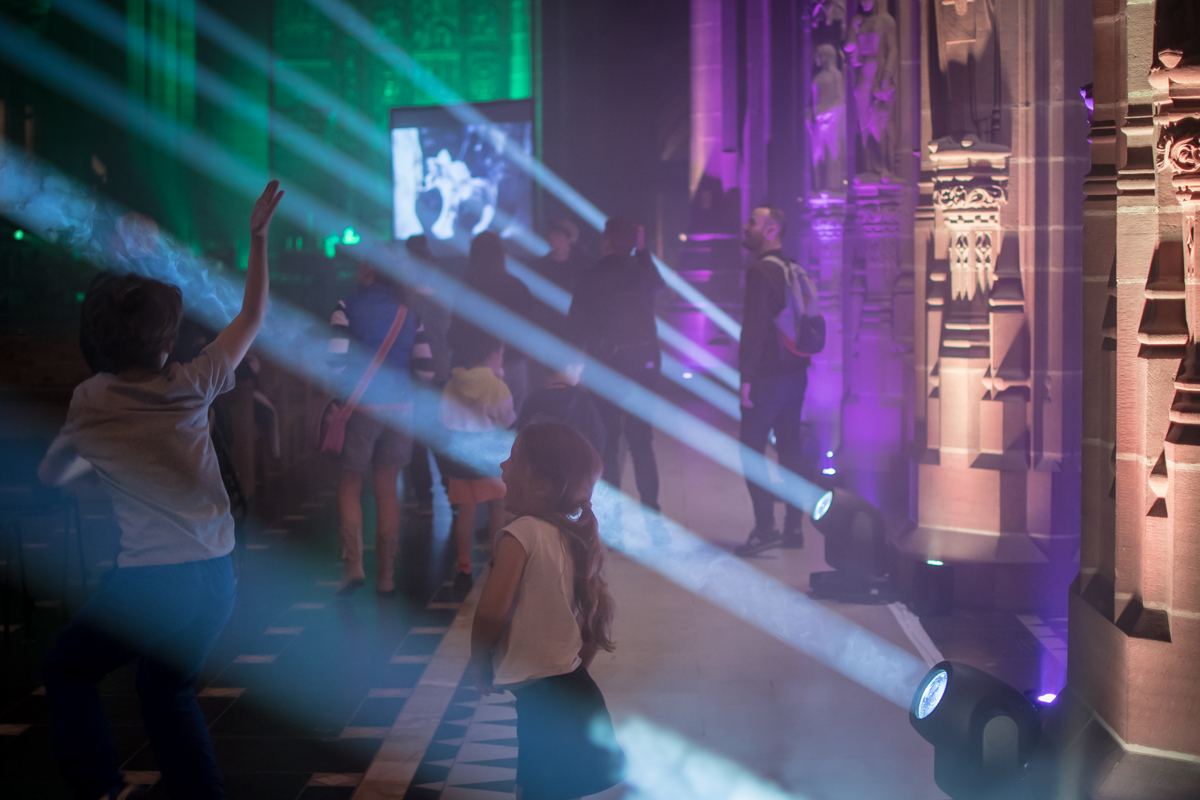 A Knight of the Realm, a Russian play, galaxies light years away and hypnotic film loops with dronng strings as Getintohis’ Rick Leach picks the cultural delights ahead of us in May.

This is the thing.  I never thought I’d be writing about Bruce Springsteen in the Arts Diary.

Not because he doesn’t deserve inclusion in what’s happening on the arts scene in Merseyside, but it’s more to do with something personal, something of a preference and how we- or rather myself- views art.

And Springsteen is in this case, a wider symbol if you will, of the arts in general.

I’ll try to explain. Bear with me.

Every month I have a few hundred words to rabbit on in this introduction to the Arts Diary. It’s a sort of a blank canvas and the views I express are, to use a well-worn cliché, mine and mine alone.

A free license for whatever comes into my mind after I pull together what I hope (fingers crossed) are some choice picks for the next few weeks. I’m fairly sure that I miss more than I hit. It’s a bit like playing darts with a blindfold. You’re lucky if you get anywhere near the dartboard

There’s so much going on across Merseyside each month that it’s hard to do more than scratch the surface. And this is a good thing.

Despite everything else, we are living in a cultural oasis. An artistic and creative land of milk and honey.

And how does Bruce himself fit into this?

So. This is how it goes. On a personal basis.

Years ago, a long time ago, I’d have never given Springsteen the time of day. Not a even a second. Not cool, Not hip. Not…whatever.

There’s no need here to go into the epiphanic moment when the penny dropped for me as far as Springsteen is concerned, but it did. (There may well however be a future Getintothis feature on that. Maybe.)

The point is that our tastes and values in respect of arts and culture can change. In fact I’d go so far as to say that they should and must change. This may be seen as an argument for always searching out for the new and exciting, whatever is fresh and different and vital.

That is a lot of what we’re about at Getintothis and again that’s quite right. Looking for the new. We should not get stuck in a rut or become fossilised or in thrall to whatever was vital in the past. We could easily become blind to what is around us and simply stumble around in a (cultural) fog only seeing the safe and the familiar.

And for that reason- and counterintuitively- that’s why we should also look to the past. Because the past that we don’t know about or the past that we’ve ignored or dismissed out of hand can be as new (on a personal level) as the “new”.

It might be classical music or opera, paintings or sculpture from a few hundred years ago, theatre, literature, anything. There’s so much (still) out there to be discovered. 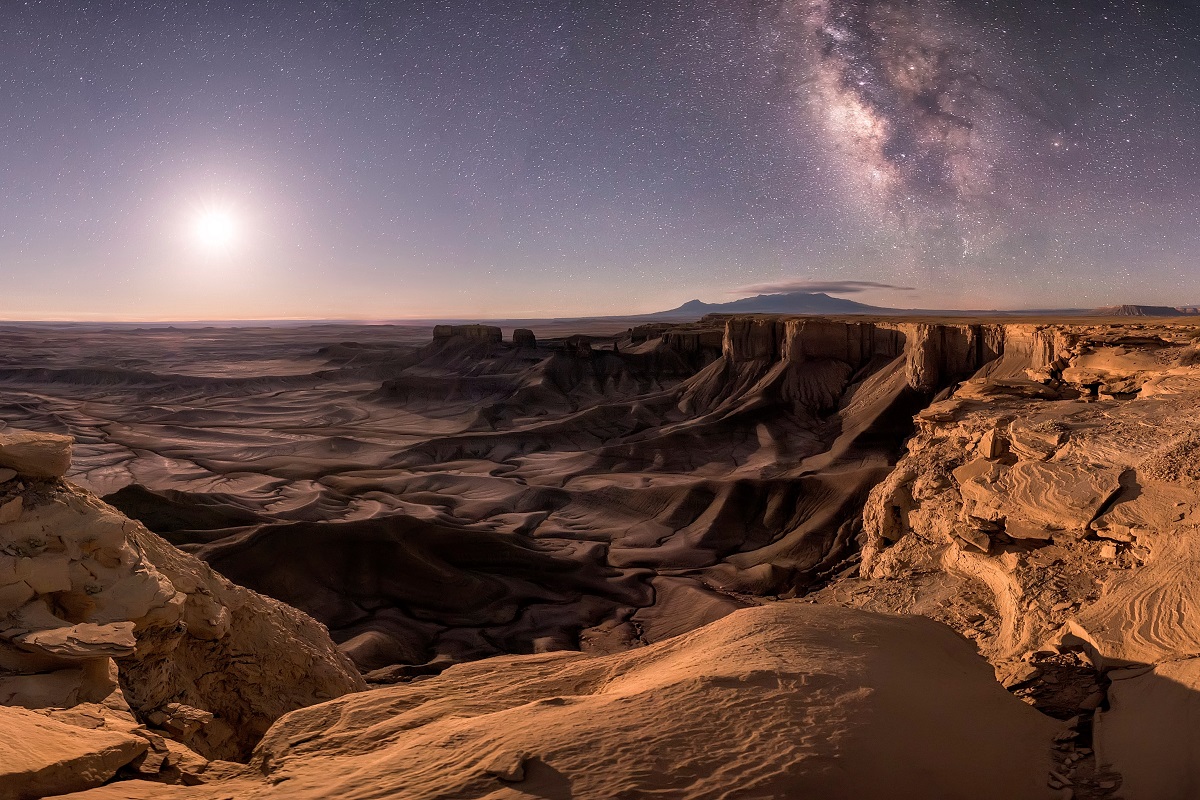 We featured this as a forthcoming attraction in a previous Arts Diary but now that May is upon us the time is right to head along to the World Museum to see something truly spectacular.

Featuring 100 awe-inspiring images from The Royal Observatory Greenwich’s hugely popular Astronomy Photographer of the Year 2018 competition, the exhibition celebrates the very best in astrophotography and will be displayed at World Museum to coincide with the 50th anniversary of the moon landing on July 20 1969.

Photographs on display include a mesmerising mosaic of the Great Orion and the Running Man Nebula; a magical scene of an Aurora Borealis exploding over the south coast of Iceland and a solar transit of the International Space Station between the massive sunspots AR 12674 and AR 12673. 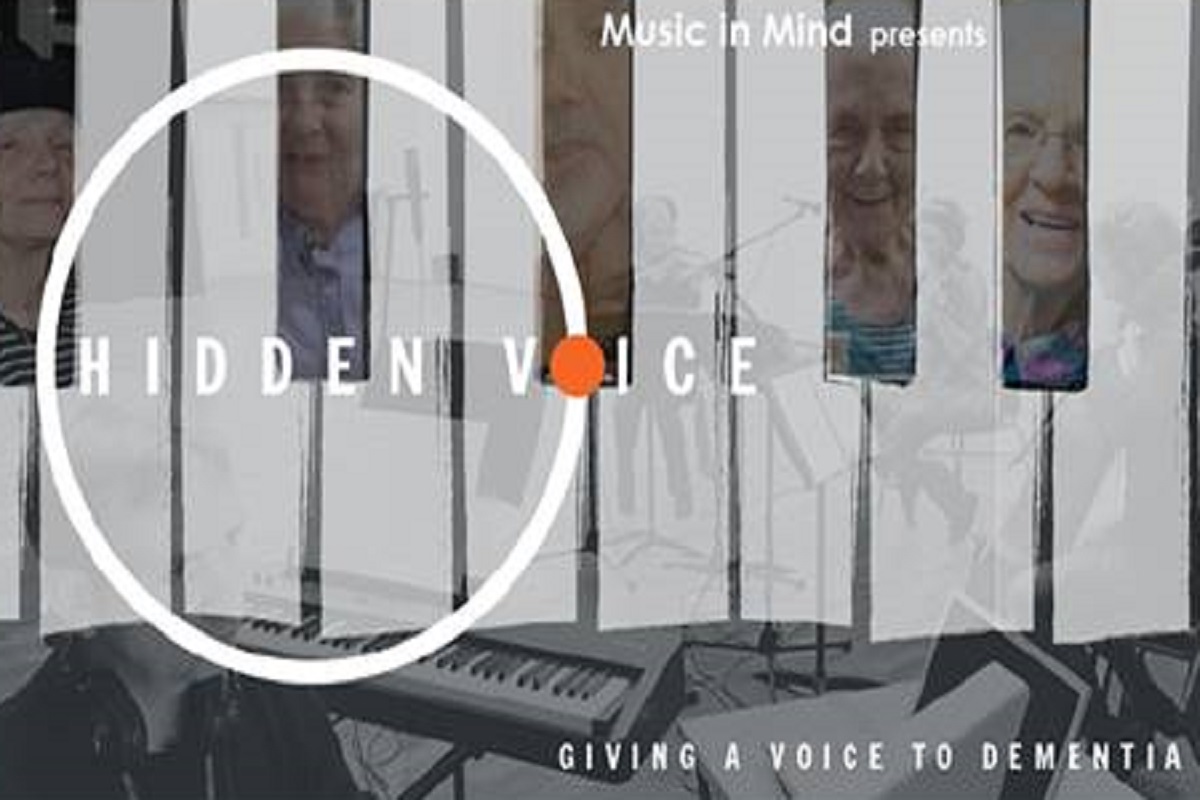 Hidden Voice promises to be an emotional and uplifting experience that exploring real life stories behind one of the most important issues of our time and presenting dementia as you’ve never seen it before.

This is part of a national  Hidden Voice project in partnership with the Alzheimer’s Society and arts organisations right across Britain.

Infinite Jest: David Foster Wallace’s gleeful masterpiece of a book like no other 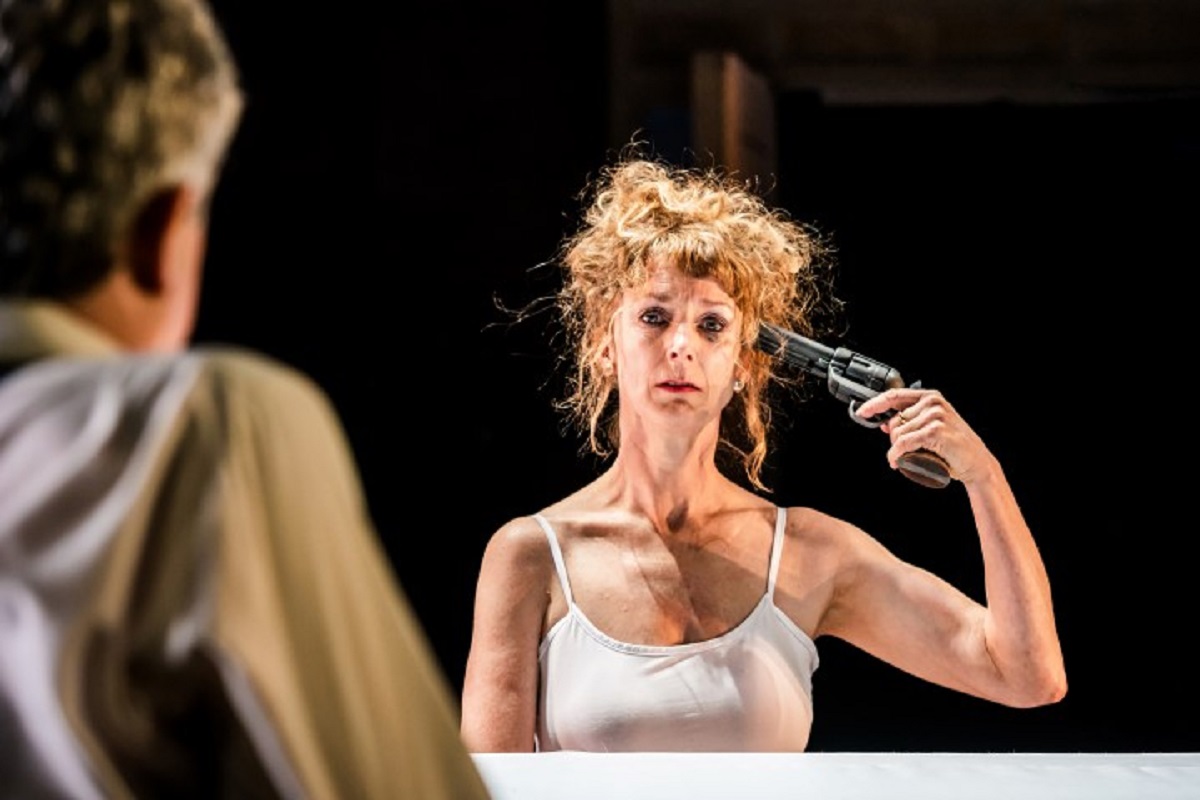 Chekhov before he was Chekhov. An unstageable play.

During the turmoil of the Russian Revolution in 1917, Maria Chekhov, Anton’s sister, placed many of her late brother’s manuscripts and papers in a safety deposit box in Moscow.

In 1921 Soviet scholars opened the box, and discovered a play. The title page was missing. The play they found had too many characters, too many themes, too much action.

But now the award-winning Irish theatre company, Dead Centre have brought all this to fruition and to the stage. This definitely has got to be worth a go.

“I’m having absolutely nothing to do with the theatre or the human race.  They can all go to hell.”
Anton Chekhov 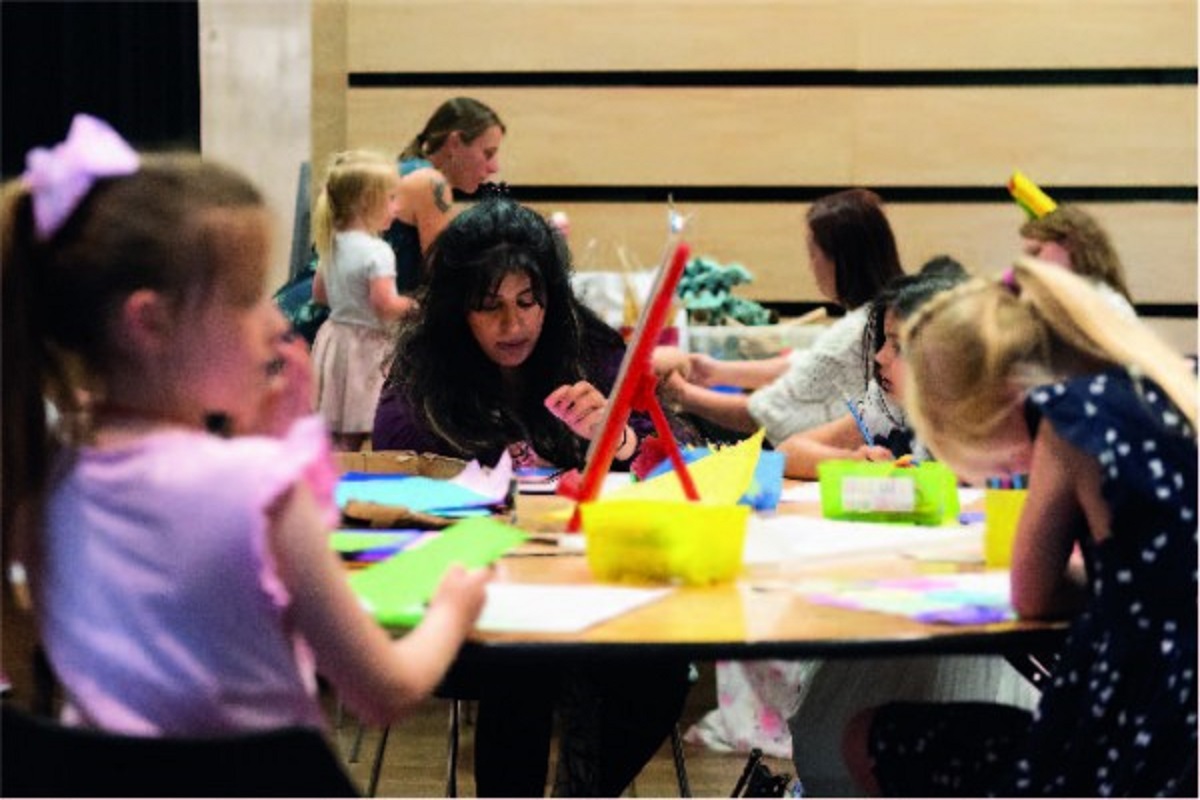 A weekend of creative (and free) fun for all the family, making art and exploring the recently opened major exhibition at the Bluecoat, Survey.

On the Saturday, artist Lindsey Mendick, whose work is often created with family members, will be on hand to help to create your own surreal sculptures. 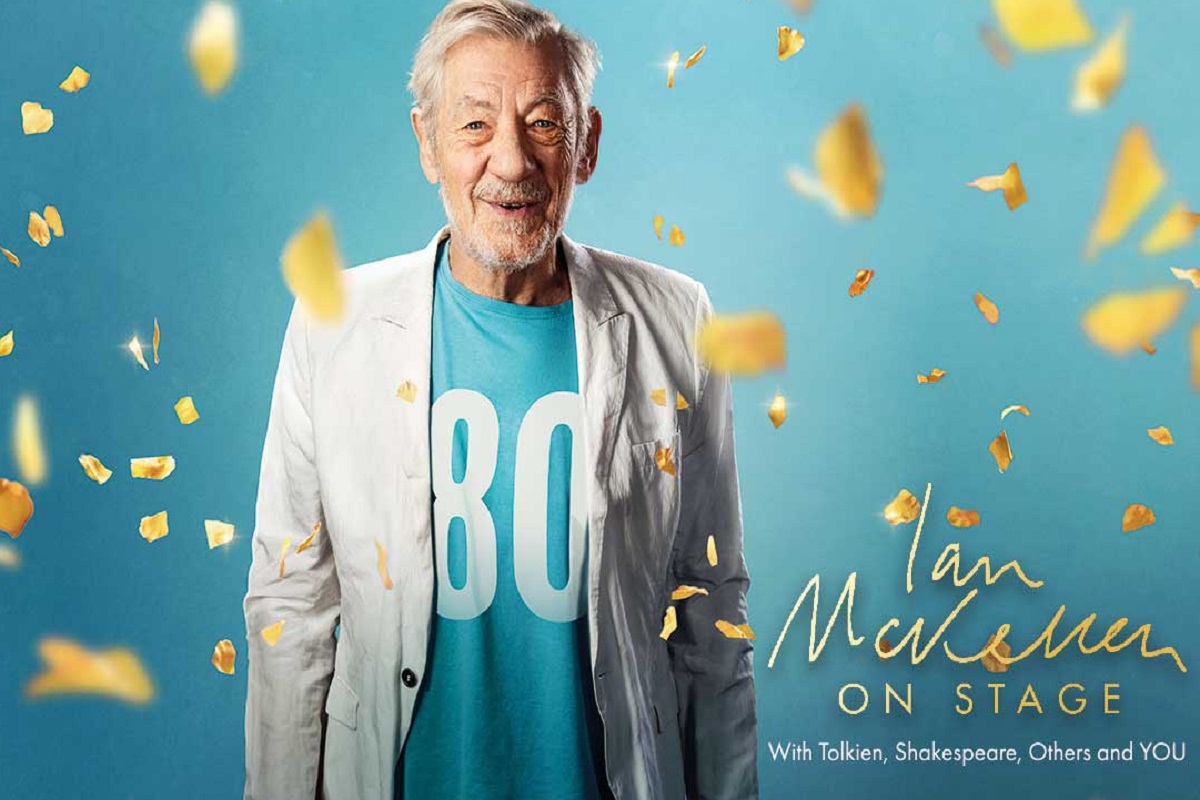 An Evening with Ian McKellen
Liverpool Playhouse
May 17 & May 18

There are not many chances to spend time in the company of Gandalf and the possibility of ending up on stage with a legend of film, theatre and television is even rarer.

But mid-May, Ian McKellen arrives for two nights at the Playhouse.

In his own words, he explains what can be expected: “I’m celebrating my 80th birthday by touring a new solo show to theatres I know well and a few that I don’t. The show starts with Gandalf and will probably end with an invitation to act with me on stage. In-between there will be anecdotes and acting.

Live theatre has always been thrilling to me, as an actor and in the audience.  In my early days, I worked at the Liverpool Playhouse as a director and actor.

As a boy I saw productions here, as my step-mother had done before me. She remembered Michael Redgrave and Robert Donat in the repertory company and relished productions which toured beyond London to the north west, as I am now doing with my new solo show round the country.

All profits will benefit the full range of activities undertaken by the Everyman & Playhouse, including artistic, young people and engagement programmes.” 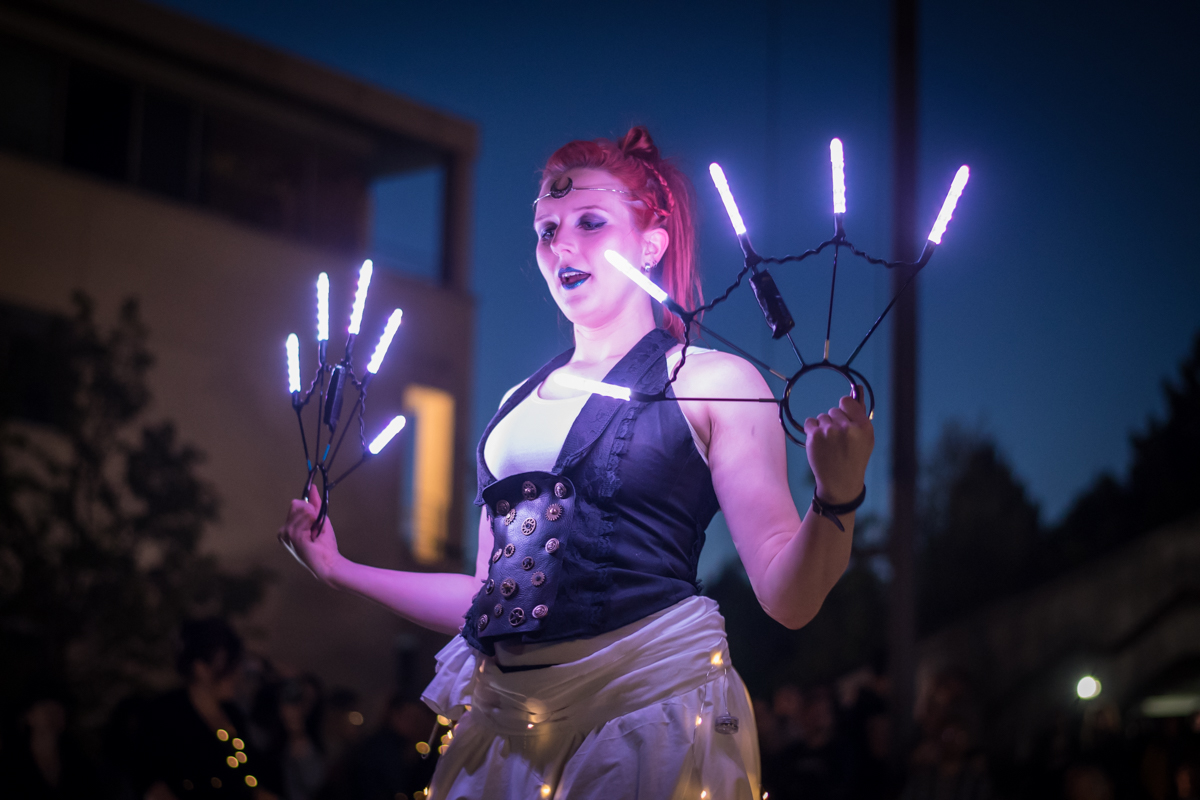 Celebrating its 10th anniversary in 2019, LightNight is back in May.

There’s more than 100 events this year including everything from concerts, exhibitions, hands-on workshops and dance to street performance, theatre and talks and Getintothis will, as ever, be covering this cultural highlight of the city in depth elsewhere.

For now though, all you need to do is make sure you’re around on May 17. It’s always a special night and one where everlasting memories are made. 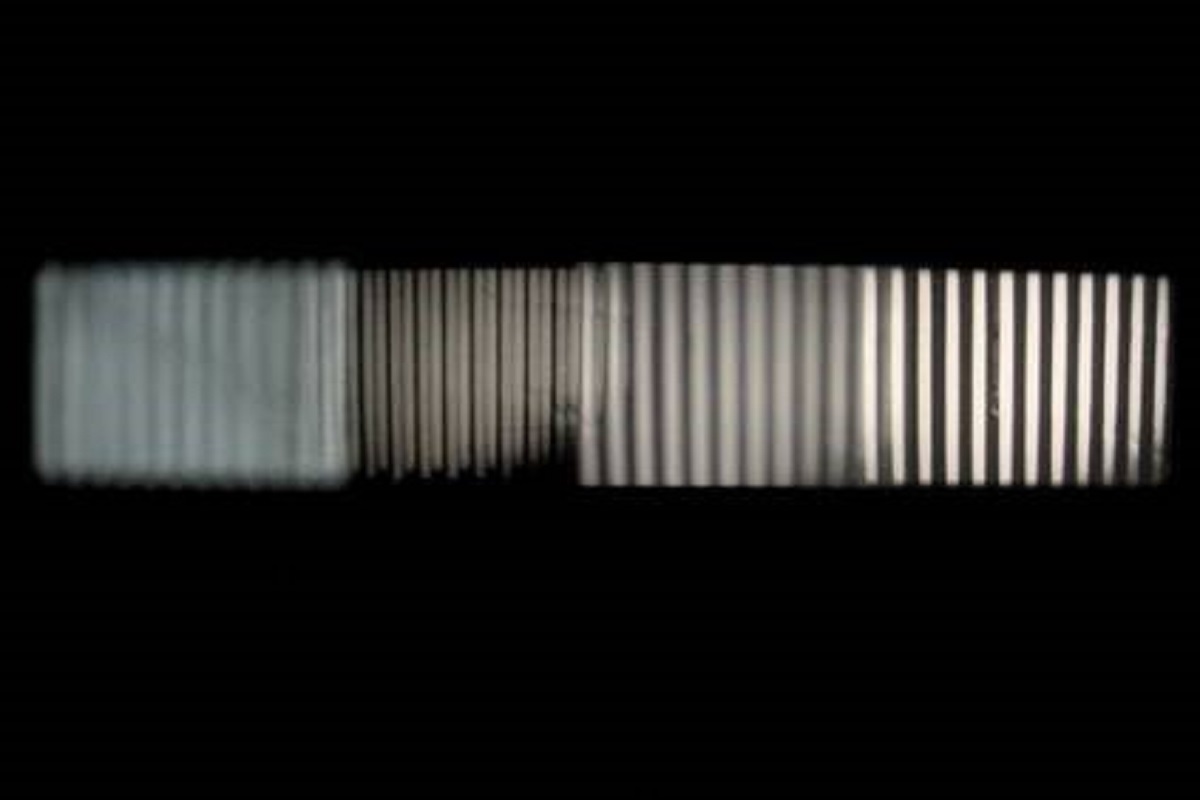 Pairing hypnotic film loops with droning strings, this is a rare chance to see a pioneering work of minimalist cinema and sound with Tony Conrad’s audio-visual meditation, Ten Years Alive on the Infinite Plain.

A key figure in the New York avant-garde art scene in the 1960s, Conrad is best known for his seminal experiments in minimal, long-duration sound and structural filmmaking.

He was a central part of The Theatre of Eternal Music (later known as The Dream Syndicate), working collaboratively with La Monte Young, John Cale, Angus MacLise and Marian Zazeela among others.

This is the first time Conrad‘s work has been shown in the North West and is something not to be missed on LightNight. 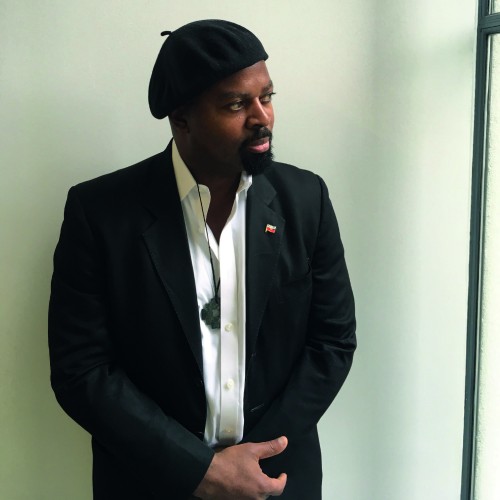 As part of WoWFest19, Booker Prize-winning Nigerian writer Ben Okri is appearing in conversation at the Bluecoat.

Okri will  be discussing his writing career as well as his newest publication The Freedom Artist, an impassioned plea for justice and a penetrating examination of how freedom is threatened in a post-truth society. 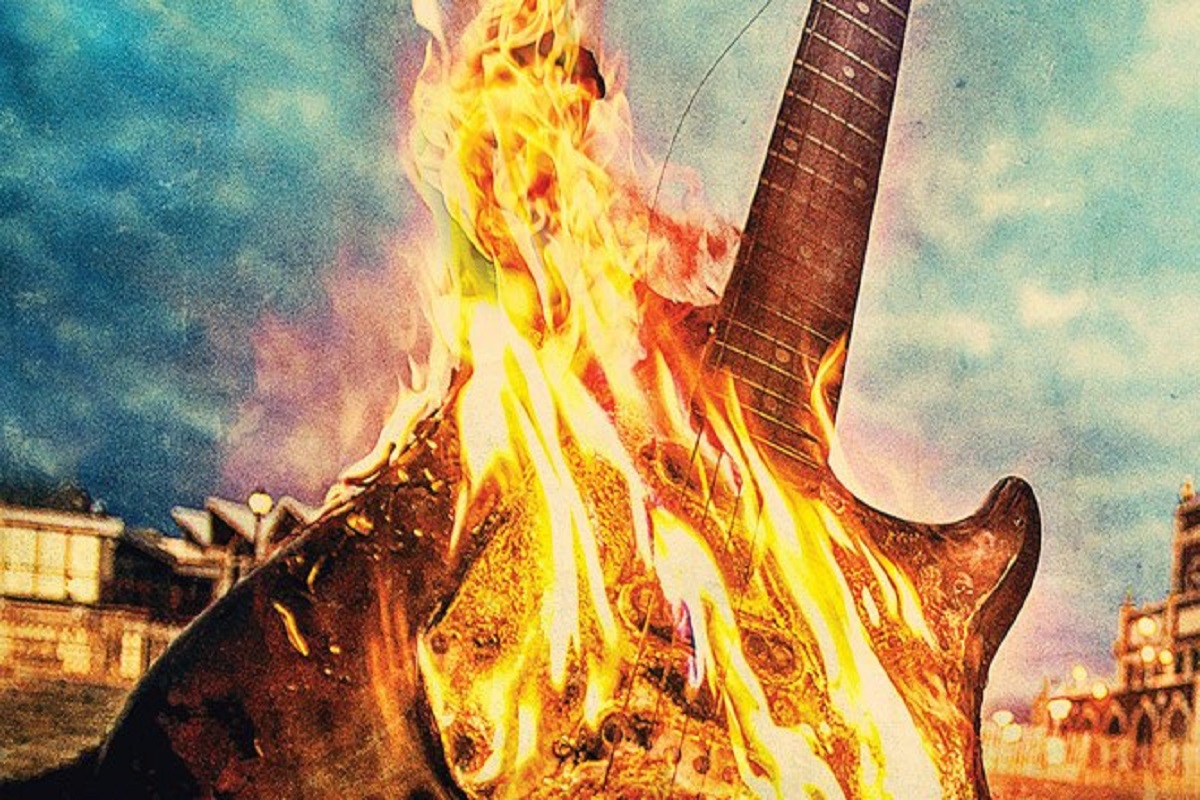 Once a popular seaside resort, Asbury Park, New Jersey was also home to the Upstage, a now legendary club where musicians such Steven Van Zandt, Southside Johnny Lyon and Bruce Springsteen got their first breaks.

It was there that Springsteen met players such as Vini ‘Mad Dog’ Lopez, David Sancious, Garry Tallent, Danny Federici and Ernest ‘Boom’ Carter.

These musicians brought the sound of Asbury Park to the wider world. Then on Independence Day, 1970, Asbury Park experienced seven days of race riots which crippled the town for the next 45 years and destroyed the famous Westside jazz and blues scene.

Closed down and boarded up, the Upstage remains a perfect time capsule, a memorial to the legendary Jersey sound.

Asbury Park: Riot, Redemption, Rock & Roll features a concert given to a sold-out Paramount Theater by Van Zandt, Southside Johnny and Springsteen plus never-before-seen interviews and performances, and an Upstage reunion jam. 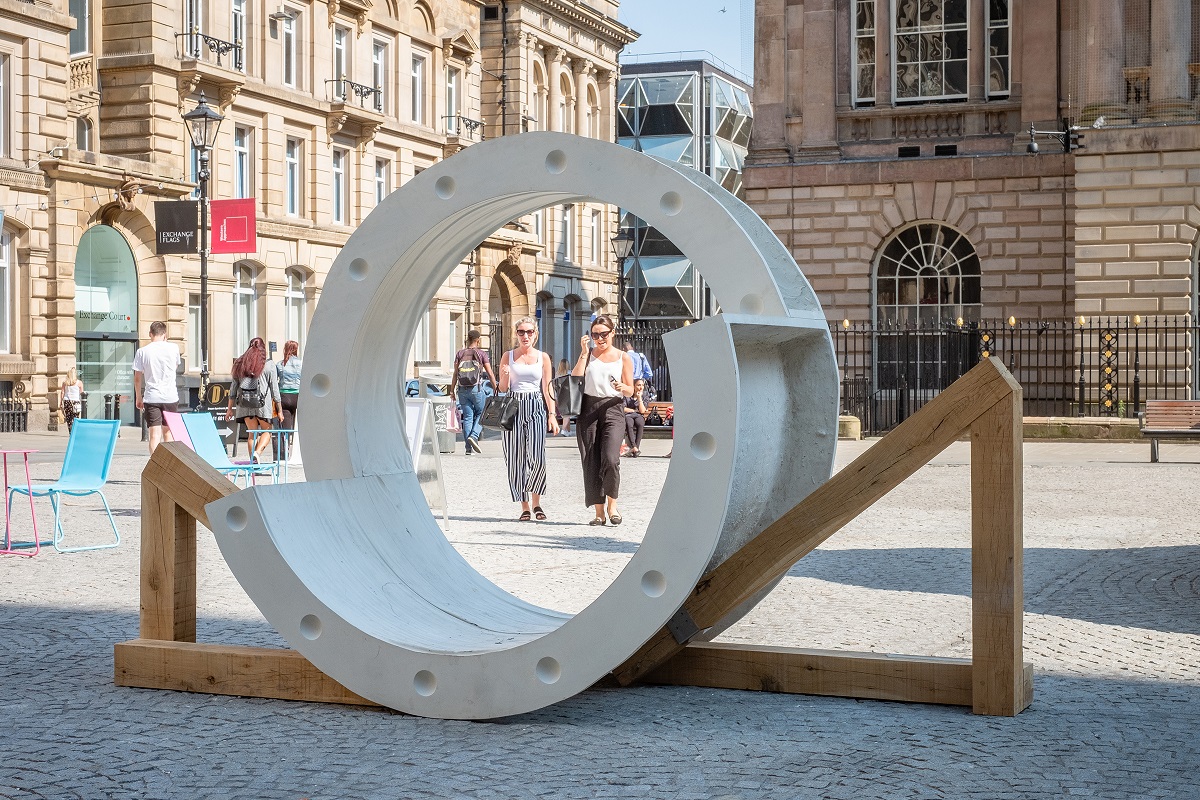 Liverpool Biennial 2018 proved to be a highlight of the cultural year. Independent research has been released to reveal growing impact, broader demographic and increased visitor satisfaction with the programme of Liverpool Biennial in 2018.

The 10th Liverpool Biennial, Beautiful world, where are you? curated by Kitty Scott and Sally Tallant with the Biennial team, ran for fifteen weeks from July 14 to October 28 2018 in venues and public spaces throughout the city.

These included Tate Liverpool, Bluecoat, FACT, Open Eye Gallery and St George’s Hall, as well as outdoor locations across the city. More than 40 artists from 22 countries participated in the programme in 2018, making Liverpool Biennial the largest festival of contemporary visual art in the UK.

Among the key findings from the research carried out by BOP Consulting are that the 10th edition attracted 160,730 visitors – an increase of 47% compared to 2016 – who made over 660,000 visits. More than half of these were first-time attendees.

The Biennial continues to play an important role in Liverpool’s status as a world-leading cultural destination. 50% of visitors in 2018 came from outside the North West of England, including 14% international visitors.

Research showed a high level of engagement and satisfaction with the 2018 programme. Over 90% of attendees rated their experience as good or very good and findings also showed that the l has a clear socially-focused role.

In addition to its social role, the 2018 Biennial also had an economic benefit to the city and region, with a total net contribution to the Liverpool economy of £6.6 million, the equivalent to 198 permanent full-time jobs.

Overall, the research recognised Liverpool Biennial as having both strong international recognition and local relevance, which contributes to its overall quality.

We are moving forward with our plans for 2020, as Fatoş Üstek takes up her role as Director in May, starting an exciting new chapter in the history of the Biennial.’ 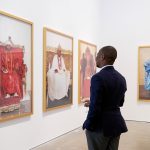 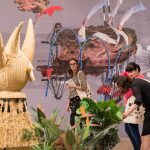 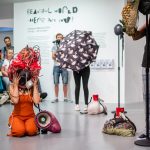 Kevin Beasley, Your face is not enough (Credit: Pete Carr) 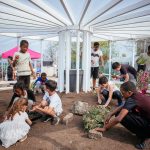