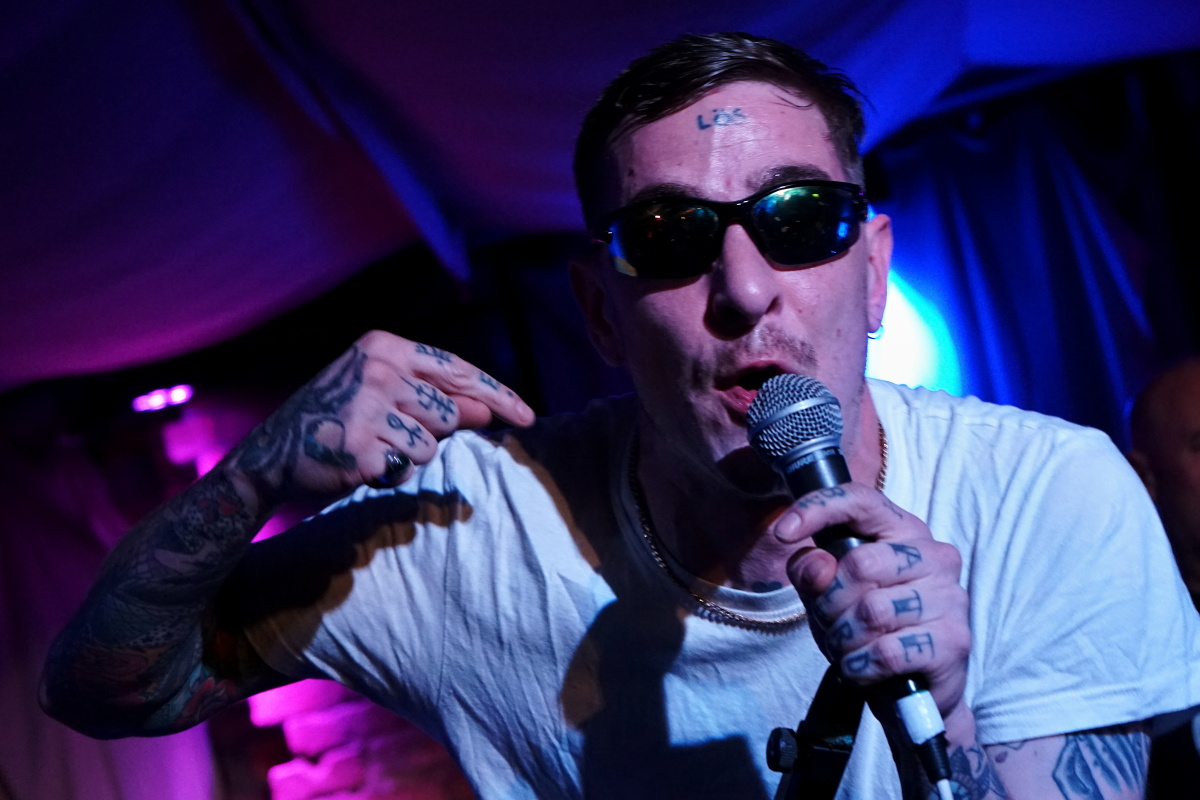 Like The Zutons and Red Rum Club before them (to name but a few), Stockholm’s Viagra Boys have taken full advantage of the strange phenomenon that is brass in indie.

On their debut album, Street Worms, the record is built on the use of saxophone, all drawling and sleazy.

It would be intriguing how this would translate live, in front of a very hefty Wednesday night crowd, aware of the growing hype around them.

First though is fellow weird noiseniks, Squid.  It’s hard to know when the set has begun, due to their noodling, but as the vocals start, it’s clear to see that we are off.

They too have brass, in the shape of a very odd trumpet, but it becomes clear to see that Squid see the good old fashioned cowbell as their secret weapon.

Their wonky, Talking Heads-esque angular, funky, addictive pop tunes go down so well, even though they haven’t been heard yet, so much so that the longer the set goes on, the more the feeling that they will have a classic debut album within them grows.

They end with an extraordinary version of their breakthrough single Houseplants and there is a sense that they have already outgrown this.  Very much ones to keep an eye on.

Not many bands would have the confidence to make and sell full tracksuits from their merch table, but Viagra Boys are all self-belief.  They march onstage to the sound of their spoken word album track Best In Show, about a 6-year-old English Terrier that wins a dog show.

They then burst into early single Research Chemicals and the mood and feel of the night is set. The first major dance and sing-along is to Slow Learner, a moshpit forming, taking over most of the front of the crowd.  The pace doesn’t relent, absolute chaos ensues for Frogstrap.

Down In The Basement keeps the heart rate nothing short of manic, with its elongated sax break, but nothing prepares us for Sports, probably their biggest single, it’s Zappa like shouty chant-along lyrics sending the now frenetic crowd into rapture.

The pace is somewhat slowed by the none-so Modest Mouse stylings of Worms, which leads us to think how such a band, with what on first listen are quite basic songs, can somehow illicit such a reaction, in Liverpool, on a Wednesday night, not usually renowned for madness.

Is it the scarcity of such a band?

Looking back a few years, on a similar wavelength with a similar sound, we had The Hives, Electric 6 and countless others, doing a similar dance to Viagra Boys. But these days, the thrill-seekers have to cherish each band as they come and enjoy what they deliver.

Viagra Boys delivered the instant high for tonight, but the smart, long term money would be on the support. 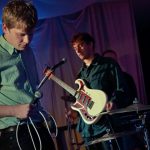 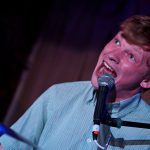 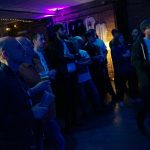 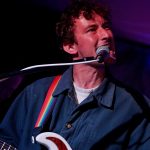 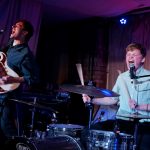 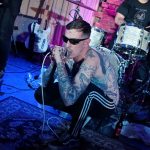 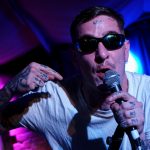 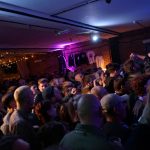 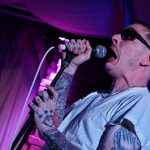 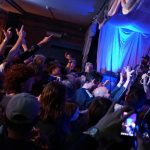 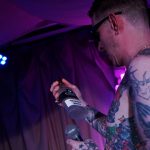 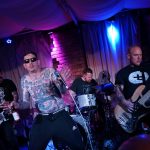