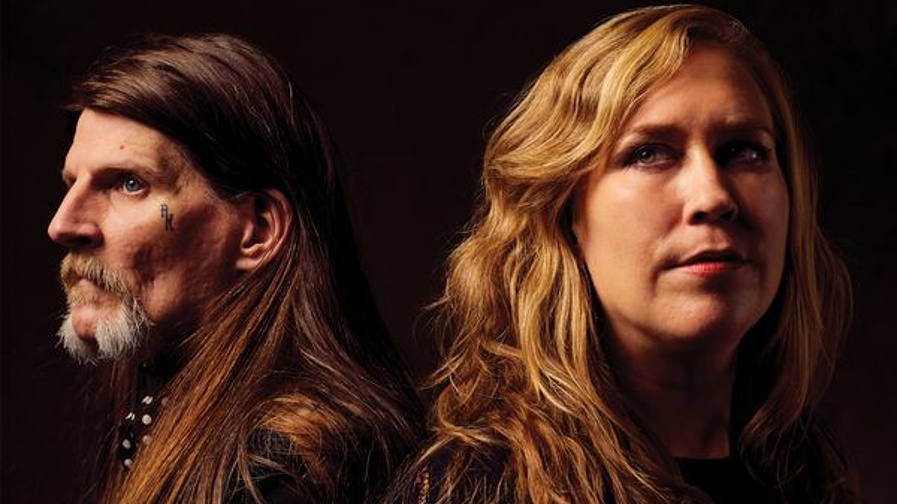 American Drone Rockers Earth have announced a European Tour to support their new album, and they’ll be orbiting the North West soon, Getintothis‘ Chris Flack has the news.

Drone pop noise merchants Earth have announced an extensive European tour to support their new album, Full Upon Her Burning Lips which is out now via Sargent House and available to listen to below.

Earth have been one of the most monolithic metal bands on this planet for 30 years, their new record is a continuation of their full-on and furious career.

Full Upon Her Burning Lips spares no expense or energy in its aural assault, dragging you down to their guttural depths while eviscerating your very soul.

While the duo’s style has expanded with the passage of time, every note still carries the weight of the world, every note has its place, ever shove to your shoulder moves you along.

The Washington state duo hail from good stock and even better soil, North West US of the late eighties was awash with grunge, garage bands, noise, drone, metal and more amps than you could ever shake a stick at.

They took their name from Black Sabbath, had a guest vocalist in the shape of Kurt Cobain, their first album was considered a masterpiece in the genre, hailed as a work that essentially transcended genres.

They released two further albums in three years and went on a hiatus after the release of the third, Pentastar: In the Style of Demons in a cloud of drug additions, lost weekends and damaging delusions.

They reappeared in 2000 a somewhat mellower band, more drone less death and doom, their sound was no less instrumental and impactful in its international sphere of influence.

They had spread their wings physically and metaphorically, over the years there have been a phenomenal number of musicians influencing their work.

One such artist on the rota of years gone bay is Karl Blau, who brought his madness to these shores not very long ago. Over eight studio albums, their journey and their colour has changed again and again.

Their return sees them deliver a sound that is more organic than ever, the magic that exists between guitarist Dylan Carlson and percussionist Adrienne Davies is undeniable and it is unpacked with each new track.

After 30 years of doing this, this is perhaps the purest version of Earth yet, it has more depth given the unadulterated hums, depths, scratches, and layers and layers of reverb thrown into a joyful noise created by  Carlson and Davies.

For fans of Earth and fans of Drone, Full Upon Her Burning Lips and this tour will be a unique opportunity to see the band play an album that is greater for it deft hand and a lighter touch.  Don’t miss it.

Their UK tour will see them call at Bristol, Glasgow, Leeds, Newcastle, Brighton and London.  They play at Gorilla in Manchester on 11 November 2019 and tickets are available at the usual outlets.