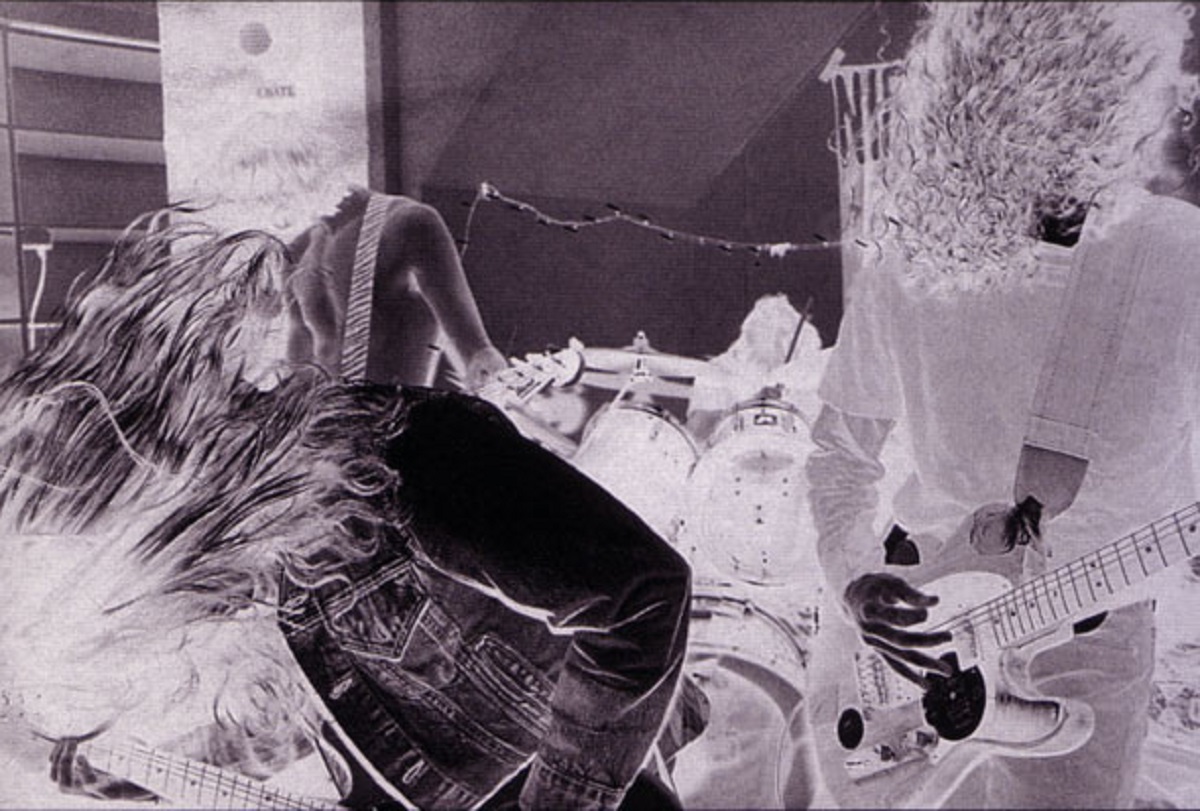 As Nirvana’s debut album heads for its 30th birthday, Getintothis’ Andy Sunley looks back at the first steps of one of the biggest and best bands the world has ever seen.

Like many others, I only became acquainted with Nirvana‘s debut album after the Seattle band had found success with their classic major label album Nevermind.

I was hungry to hear more from this band that, to my ears, perfectly blended metal with indie rock.

At the time I held Ned’s Atomic Dustbin‘s God Fodder and Metallica‘s black album in equal regard.

When a school friend who had a sibling with cool taste in music told me that there was another album by this new and exciting band, I eagerly handed him a TDK C90 in the hope he could obtain me a copy.

This behaviour was the norm for me from the age of twelve onwards.

I would eagerly ask people to tape stuff for me and would inquire about people’s musical taste in the hope they would have something in their record collection by a band or artist I wanted.

When the tape was returned to me the next day, I couldn’t wait to put it into my Phillips personal stereo so I could listen to it on the walk to the bus station and the subsequent journey home.

Getting my much valued Walkman out during school hours would have resulted in it being confiscated and besides, I wanted time to take it in without distractions.

To say it struck a chord with me would be an understatement.

Check out our Nirvana Top Ten

Unlike its successor, it was recorded on a shoestring budget, just $606, reportedly paid for by Jason Everman, an act that earned him a credit on the record sleeve despite not playing on the finished product.

It was recorded at the unassuming Reciprocal Recordings studio in Seattle, a facility that previously accommodated notable Seattle bands Soundgarden, Mudhoney, Tad, and Mother Love Bone, who would later evolve into Pearl Jam following the death of their singer Andrew Wood.

Reciprocal was described by Nirvana biographer Michael Azerad in his book Come As You Are as a place where “paint peeled off the particle-board walls, there where cigarette burns over every horizontal surface and it didn’t matter if you spilled your beer on the carpet.”

It was no surprise that it had an unpolished feel.

It also seemed to draw more on rock and metal influences, it owes far more to Black Sabbath and Black Flag, particularly second album My War, than its more polished major label follow up. This is particularly evident in its opening track Blew.

As the then drummer, Chad Channing later recalled, when interviewed by bassist Krist Novoselic for Seattle Weekly in 2009, during the sessions there was a desire to “sound heavy” in order to fit in with the sound being promoted by seminal indie label Sub Pop at the time.

In order to achieve such a sound, the band tuned their instruments down a step, as an experiment later in the sessions, they tuned them down a further step.

Channing explained, “we came back the next day and decided the idea wasn’t too hot and recorded over most of it.” The opening track is the only surviving article from that “Doom Pop” experiment.  Its pounding bass intro gives way to a blistering guitar riff by Cobain.

It has also been reported that the bands’ tour bus contained a cassette featuring New Jersey power pop/college rock outfit The Smithereens on one side, and Swiss extreme metallers Celtic Frost on the other.

Author James Adler noted that Nirvana mixed the album after a tour which had taken a severe toll on the bands’ health and every one of them were taking prescribed codeine syrup.

All these factors contributed to the Bleach‘s overall sound.

The most well-known track on Bleach reflects Cobain‘s pop sensibilities. For a start, he was a huge fan of The Beatles and he later covered Molly’s Lips and Son Of A Gun by Glasgow jangle-pop band The Vaselines and drew on these influences to write a song for his then-girlfriend Tracy Marander.

The result was About A Girl.

However, the inclusion of such a track was potentially problematic as Cobain told Rolling Stone “there was a lot of pressure within that scene, the underground, the kind of thing you get in high school, And to put a jangly REM type of pop song on a grunge record, in that scene, was risky.”

He drew on the pressures of the Seattle scene, comparing it to his high school years on another cut, unsurprisingly entitled School. Both numbers survived in Nirvana‘s live sets for the rest of the band’s existence.

Cobain said of the lyrics on Bleach ‘When I write a song the lyrics are the least important thing. I can go through two or three different subjects in a song and the title can mean nothing at all. Sometimes I try to make things harder for myself, just to make myself sound a bit more angry. I try out a few subconscious things I suppose, like conflicts with other people. Most things on the Bleach album are about my life in Aberdeen.’

It is certainly obvious that his life in the small Washington town and its associated feelings of isolation and claustrophobia are a loose theme on the album. Paper Cuts is allegedly about a family in the town who kept their children locked away in the attic and Swap Meet was inspired by a couple Cobain had observed at such an event in the town.

Cobain often spoke out against sexism in interviews and his image was defined largely in opposition to the ‘hair metal’ bands of the time who he and many others considered gaudy, showy and misogynistic.

Early evidence of this can be found in the song Mr Moustache, described as “an essay on masculinity and what it means to be a modern man” by NME. Cobain takes a swipe at the denim-clad sexist men of his hometown, who typically sported such facial hair.

More personal subjects were also touched on, In Scoff, Cobain allegedly addresses feeling undervalued by, and emotionally estranged from his parents, it is also reported that the lyrics of Sifting relate to negative experiences with teachers at his high school, where he later dropped out and went to work as a janitor.

Bleach was recorded in three sessions. The first took place in early 1988 and featured The Melvins drummer Dale Crover. Floyd The Barber, Paper Cuts and Downer come from this initial demo session and were remixed for inclusion when later it became obvious that rerecording them in the two subsequent sessions with Chad Channing was not going to work.

The band originally came to the attention of Sub Pop after Jack Endino, owner of Reciprocal Recordings, handed a copy of the demo tape culled from the first sessions to label boss Jonathan Poneman.

As Endino later recalled, Poneman thought “this is interesting, the singer has character” but opted to see how the band developed as he was aware they were recording with a temporary drummer.

It was only after seeing them live and the permanent appointment of Channing that the band was offered the opportunity to record a 7” for the label’s Singles Club on condition that the A-side would be a cover of Dutch psych-rockers Shocking Blue‘s Love Buzz, which was featured in the bands set at the time.

Despite Cobain‘s reservations about their first single not being something self-penned, he agreed as it was the only offer the band had at the time. Officially only 1000 numbered copies where pressed. It has since been suggested that a further 200 were produced but with a red slash on the cover in place of the number.

Critical response was positive. Everett True wrote in Melody Maker “Nirvana are beauty incarnate. A relentless two-chord garage beat which lays down some serious foundations for a sheer monster of a guitar to howl over. The volume control ain’t been built yet which can do justice to this three-piece!”

Sub Pop requested an EP from the band, but Nirvana finished a full length album in two sessions thanks to the generous offer from guitarist Jason Everman. Whilst Sub Pop originally had to wait close to a year before securing the necessary funds to release Bleach, it went on the be a steady seller.

The critical plaudits from this side of the pond continued.

As early as 1989 “the Seattle sound” was gaining attention from the inkies.  Fellow Seattle acts Mudhoney had made an impact on the indie charts with their Superfuzz Bigmuff EP and Tad had a modest success with their debut album God’s Balls.

NME wrote of Bleach “If you find yourself nodding off to Guns ‘n’ Roses occasional acoustic noodlings then wake up to Nirvana. Scrap all that soft metal crap and get behind these brats.”

Bleach is an album that continues to have an impact. Creation Records founder Alan McGee wrote in The Guardian that within it one could detect “the embryonic stages of stadium-sized Nirvana” whilst also commenting that the songwriting on the album had not dated.

Its continued influence is also obvious to Pantera frontman Phillip Anselmo, who commented in an interview with Alt-Press “Listen to the music that bands like Bush wrote. Listen to about 500 different bands that popped up after Nirvana. Look at how they had their hair cut… (Not to single out poor, poor Bush, but come on man. When I accidentally heard one of their “songs” (quotation marked intentionally), I wanted to sue them on behalf of Nirvana.”

Anyone who loves this album and anyone who has unfortunately been exposed to Gavin Rosdale and co is likely to agree with him.