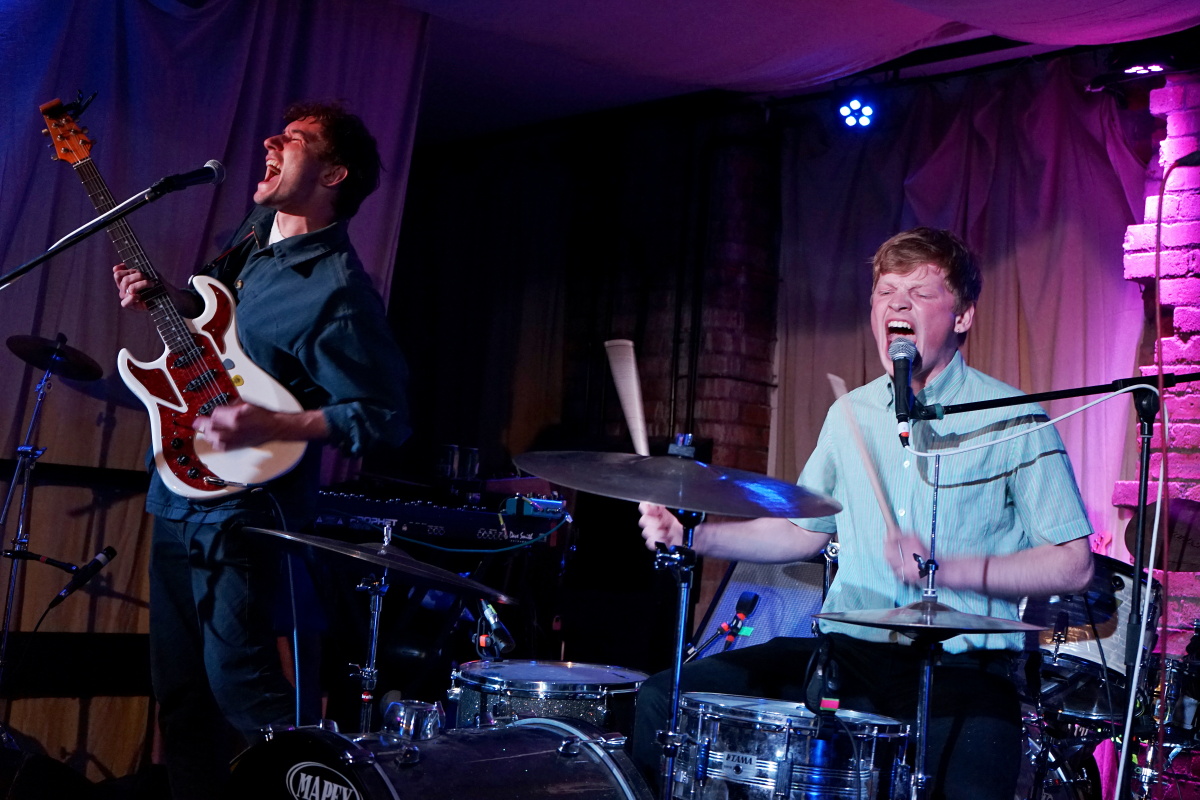 Wonky noisemakers Squid are back in town, Getintothis’ Steven Doherty has all the finer points.

They were last seen round these parts playing a couple of blistering, really well-received support slots with both Viagra Boys and Our Girl over the course of the last couple of months.

Now London based, Brighton born weird tunesmiths Squid are back, this time with their very own headline dates.

This recently announced UK tour is in support of their forthcoming, highly-anticipated EP.

Entitled Town Centre, it is released digitally on September 6 on the excellent Speedy Wunderground label, with a physical release following in November.

They are in Liverpool at the Shipping Forecast on Monday October 21, and if we were gambling folk, we would be betting on a very quick sell out.

The upcoming EP is the eagerly awaited follow up to their single of the year contender Houseplants.

The lead-off single from it, The Cleaner, is a seven minute epic which is the current cornerstone of their live set.

Tickets for the Shipping Forecast date are available now.

Ahead of these newly announced dates, they are also set to light up the Future Yard festival in Birkenhead this August bank holiday, amongst various other Summer festival appearances.