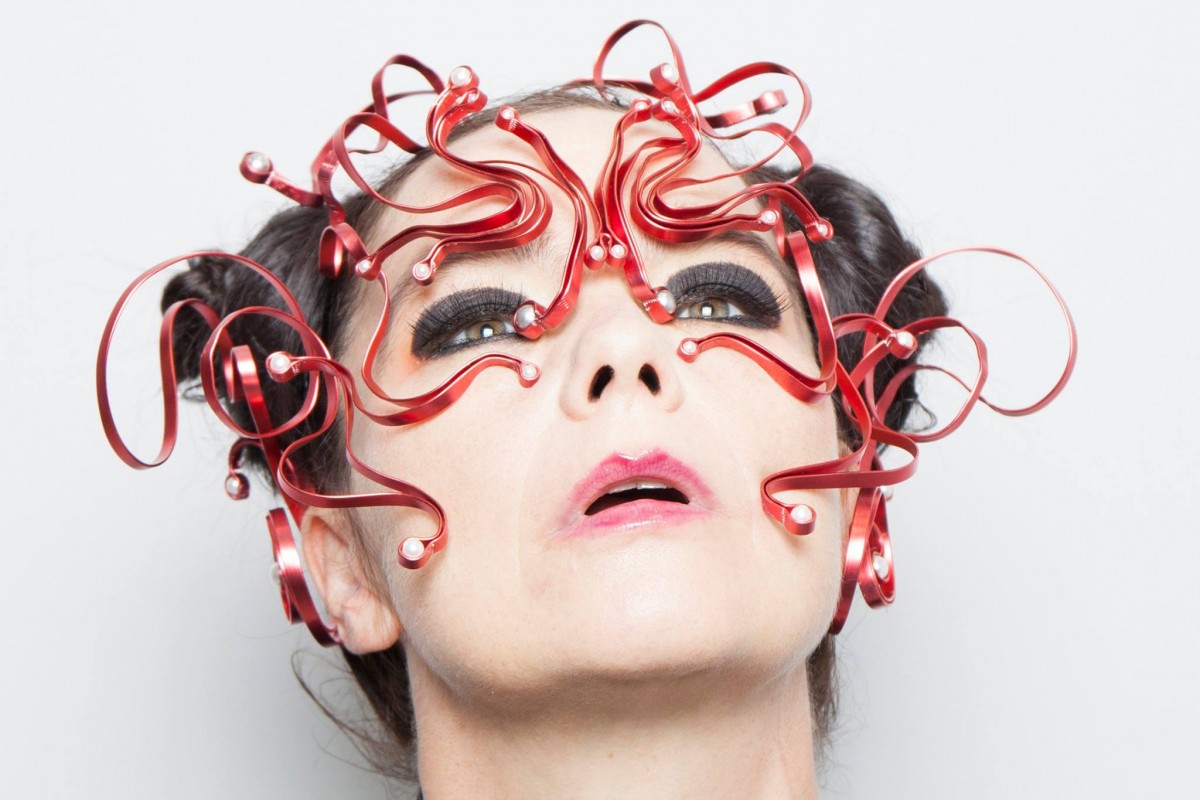 Bjork announces a European tour for her magical and innovative Cornucopia show, Getintothis’ Chris Flack has a quick look at her work and brings you the news you need.

It could reasonably be argued that Björk is one of the most remarkable artists this planet has managed to birth, she is unquestionably an original, a true non-conformist on a path of her own choosing and design.

As an artist, she shows total and utter disregard for labels, genre or the reaction of the wider world to her work.

That work is something that is hewn from her soul and drenched in her heart, her work changes often, she creates whole new personas for each rebirth and each is as remarkable as the last.

She uses technology, sound and the spaces she performs in ways we’ve never seen before. She is a true innovator.

Her art, performance, image, videos, colour palate, view of the world and her reaction to it are ever-evolving, her audience mere witnesses to her ever-changing dimensions, and, frankly, we should be pleased with our lot.

Björk first came to prominence as the voice of The Sugarcubes.

Formed in 1986 they first scratched the UK charts in 1988, reaching number 14 with Life’s Too Short, their follow up, Here Today, Tomorrow Next Week! came in at number 15 in 1989 and delivered what is perhaps their most successful song in the shape of Hit, a track that still makes playlists and lands on the turntables at Indie Discos the world over.

Their final album, Stick Around for Joy came along in 1992 just before the band broke up.

They reformed for a one-off show in 2006 in Iceland, but more or less vowed to ensure that was indeed a one-off.

Björk did not rest. Her time was spent working with other Icelandic acts, performing on stage and on TV and starting a family.

Her first solo record, Debut, was released a mere six months after the end of The Sugarcubes.

A case in point is the praise received for her videos, the very creations that helped bring Björk to the world, have won acclaim heaped on praise stacked on love, the world over.

Her hits have included Play Dead, Violently Happy, It’s Oh So Quiet, HIdden Place, Cocoon, and a dozen others that have soundtracked loves, lives, loss, and a million other human experiences.

In a place as far away from Iceland as you can metaphorically get is The Shed.

The Shed is a new arts space in downtown Manhattan that opened in April of this year as part of an extensive project designed to use the space in and around the Hudson Railyards on the Lower West Side. This is a neighbourhood which has seen significant investment along its most famous thoroughfare in the shape of The Highline.

Cornucopia was created as part of an eight-night residency at the venue and was one of the first shows to have been performed in the space. She later held a residency at Mexico City’s Parque Bicentenario. 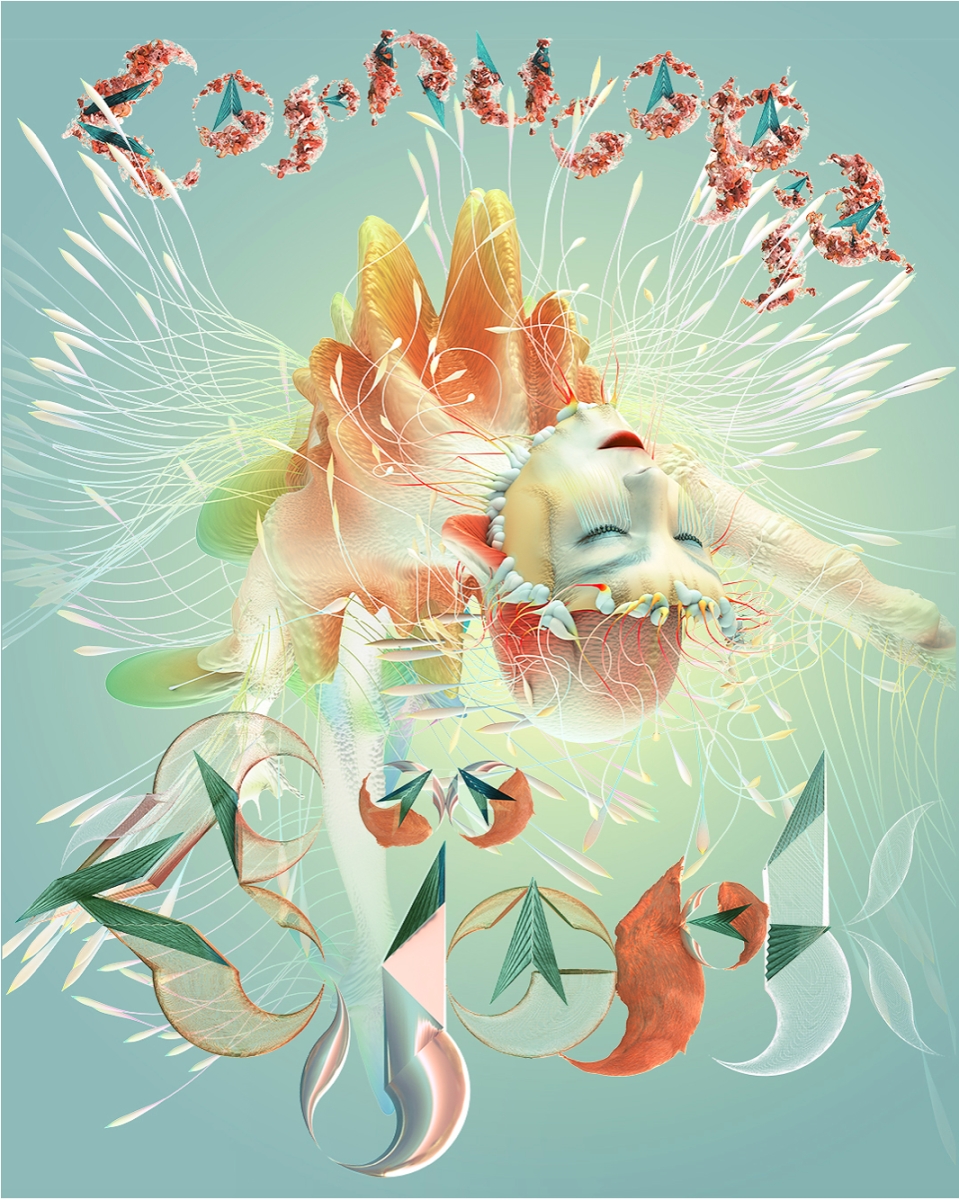 As a result of incredible reviews; New York Magazine described it as ‘one of the most incredible displays of lights and sounds ever to grace a stage in the city’; Björk has decreed that the rest of us should be given the opportunity to see it, she will perform just eight shows on her European tour.

Björk has said that this show is her “most elaborate stage concert yet, where the acoustic and digital will shake hands, encouraged by a bespoke team of collaborators. Cornucopia is probably as expansive as I will get … an effort to find an equilibrium between all areas”

Cornucopia is, in essence, a visual exploration of her latest album, Utopia.

The show was created by Björk, co-produced by Arca and directed by Lucrecia Martel.

The visuals are the responsibility of artist Tobias Gremmler. Björk will be joined on stage by Icelandic flute septet Viibra, harpist Katie Buckley and Austrian percussionist Manu Delago. Nothing has been left to chance.

There has been a raft of hand made electronics and bespoke instruments created for the show, designed to work in harmony with the brilliantly crafted and visually striking 360° surround-sound stage.

Björk will perform inside a custom-built reverb chamber created by acousticians Arup which allows Björk to sing live with customised natural acoustics.

It is highly unlikely that tickets for this extravaganza will hang about, you shouldn’t either. .

Cornucopia’s European dates are as follows: