Reminisce Festival brings the old skool vibe to St Helens and Getintothis are already dusting down the glow sticks.

There is a time in everyone’s lives when they wish they could just freeze time and live in that moment forever.  For a lot of people, the dancefloor bliss of the early 90s would be that time.

Reminisce Festival gives people the chance to revisit those heady, halcyon days and return to their heyday, dancing in a field.

The field in question is Sherdley Park in St Helens where, on Saturday September 7, a whole host of old skool bands and DJs will be providing the vibes once again.

Judge Jules, K Klass, Brandon Block and Seb Fontaine are amongst the many DJs, while D-Ream, Vengaboys, N-Trance and Urban Cookie Collective and many others will be performing live.

Local legends Andy Carroll, Mike Knowler and John Kelly will also be in attendance, bringing the old skool charms of Quadrant Park back to life in the aptly named Quadrant in the Park area.

Over 150 acts will be performing in 6 different arenas, so if the poppier end of the spectrum isn’t for you, there will still be a huge array of acts to dance to somewhere or other.

Reminisce Festival first burst onto the scene in 2014 and was such a success that 2015’s event saw its capacity doubled.

The festival has built on this since and last year saw 14,000 people dance their way around Sherdley Park and rediscover what made dance music the most exciting thing that ever happened.

If you feel the urge to dance the night away at Britain’s biggest old skool rave, get your dancing shoes on and head to Reminisce. 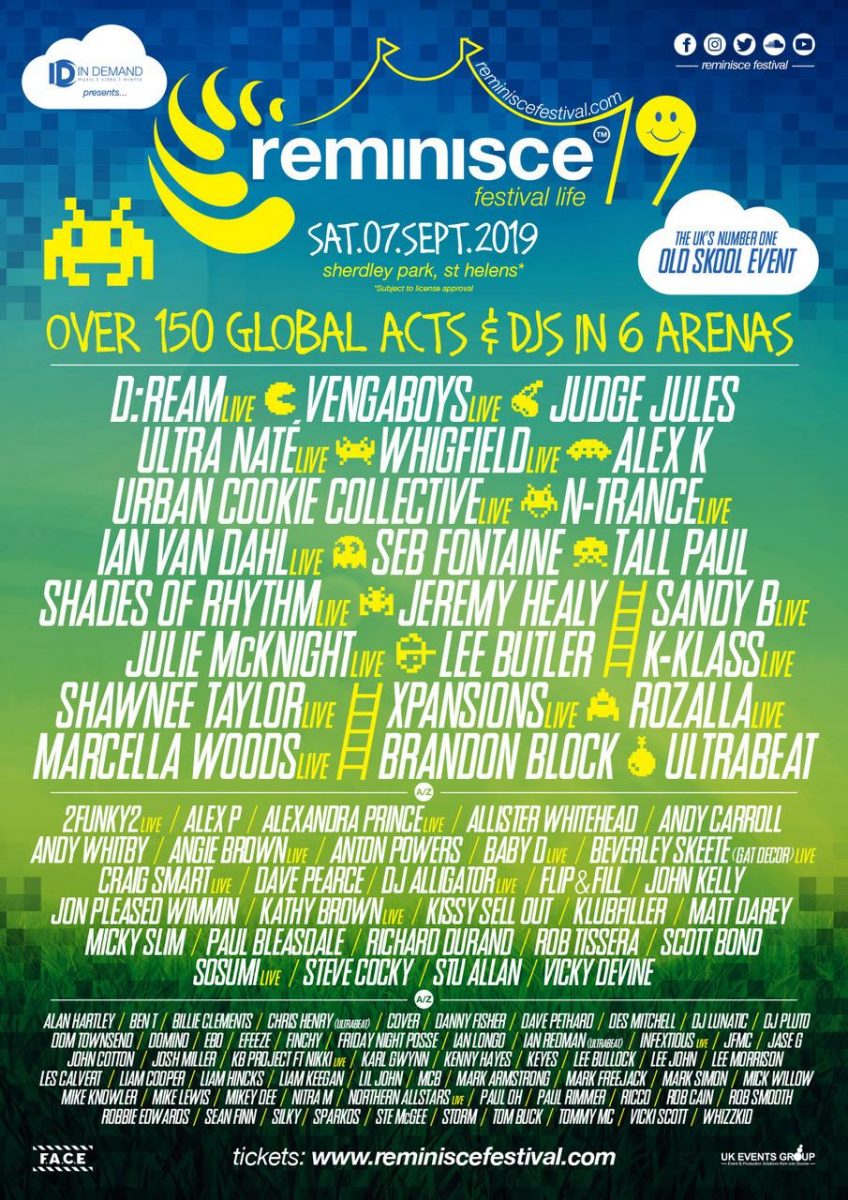