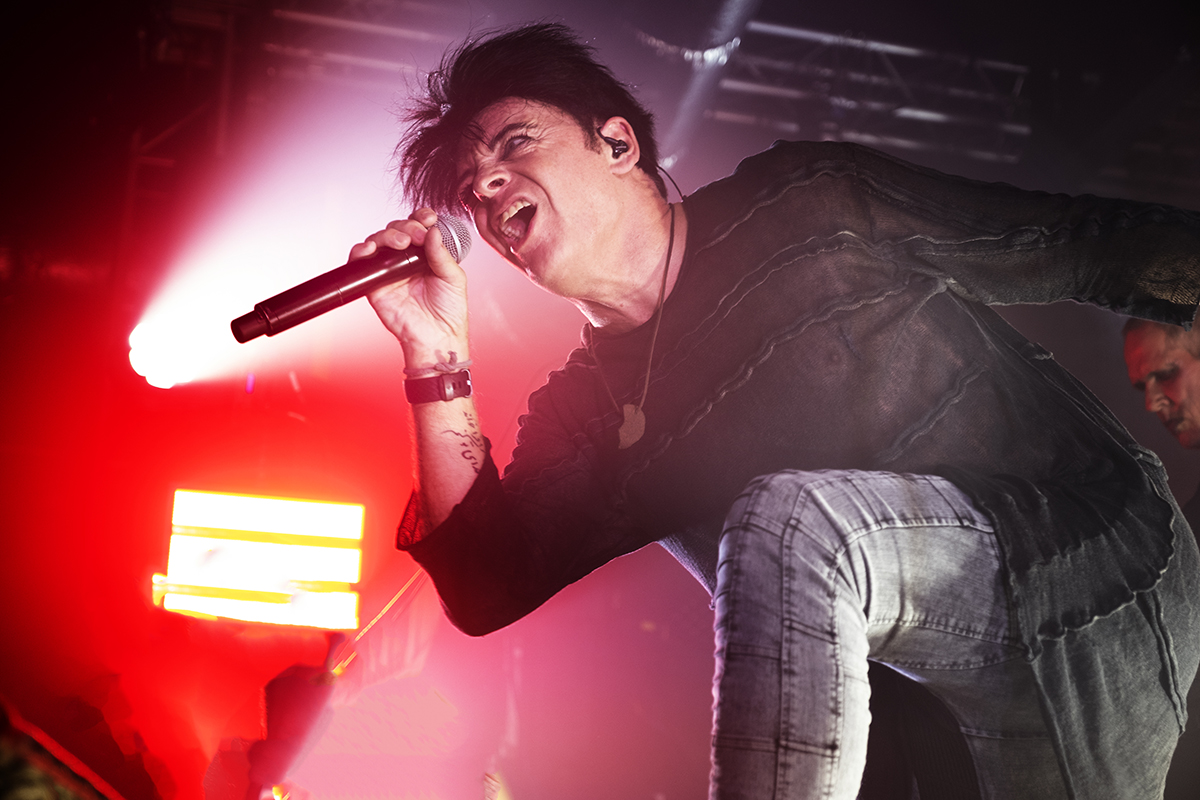 Gary Numan rammed the O2 for a Liverpool masterclass, Getintothis’ Banjo was there with the faithful for this epic gig.

The last time we saw Gary Numan in Liverpool was in March last year, in support of his excellent Savage album.

This time he is back on stage, not to promote a new album, but to celebrate 40 years of releasing music under his own name.

Instead of a new album, Numan has reissued his seminal albums Replicas and The Pleasure Principle as extended/expanded versions, plumped up with radio sessions and demos, under the banner of First Recordings.

As such, Numan feels free to draw upon this 40 year career and to choose highlights from it as he sees fit. This, for Numan fans of all ages, is a good thing and we are treated to a best of set that makes it perfectly clear just how far his influence has spread during those four decades.

After an initial massive rush of fame that saw Numan presented as the face of the future, there followed a downward slope that could well have seen him written off as someone who ushered the 80s into being but then was unable to keep up.

But a rebirth was on the horizon.  The electro scene of the late 80s revered the music Numan made, as did industrial titans like Nine Inch Nails and Marilyn Manson.

Numan capitalized on this, released his best music in years and hit the road.

It is this path that brings Numan back to Liverpool for the 3rd time in three years, his energy and commitment to his art showing no signs of dissipating in his 60s.

Once again, The Academy is rammed!  Even before the support act has finished, there are people bumping into each other from the front to the back.  His audience, the Numanoids who have supported him throughout his career, will always show up in huge numbers, although they have long stopped dressing like their hero.

Tonight’s support is Kanga, who is throwing some impressive shapes on stage.  She looks good on stage, but the sound is terrible, at least where we’re standing, all muffled and quiet.

What we can hear is right for a Gary Numan support slot, a set of industrial tinged electro, but it’s hard to hear what is actually going on.  The lights on the stage look good, but is is hard to see Kanga as well as hear her.

The lack of a spotlight on her is a good enough metaphor for her set tonight, it’s hard to know what to focus on or single anything out.

We do get the feeling we’re being harsh on her though and we would go out of our way to see her again in a different venue.  We have a feeling she may impress with a better sound and set up.

While we are waiting for Numan to appear, a message is displayed on the huge screen that takes up the back of the stage, advertising a paid subscription to his fan club.  These are interesting times for artists and the search for a way to support them in these times of dwindling record sales.

A huge roar greets the band as they take the stage, doubling in volume as Numan walks on a few seconds behind them.

The opening song is an epic version of My Name is Ruin, sounding huge and powerful tonight.  Numan is a born performer and immediately starts adopting dramatic stances like a born performer.  And that is what he has become; gone is the little boy lost look from his early gigs, replaced by a seasoned road warrior and master of his craft.

What a belting concert by Gary Numan tonight in #Liverpool Is he even human? pic.twitter.com/DR05WwJLev

Not having an album to promote has freed Numan from being tied down in his selection of tracks and we get a wide-ranging set list, and second song is Remind Me to Smile from his Telekon album.

This obviously pleases a lot of his older fans, who pump their arms in the air and sing along.  In fact, the person behind us sings the lyrics in a passable Numan impersonation (right down to the last ‘wooh-ooh’), the impact of this being that it gives us a kind of stereo effect that negates the irritation factor of having someone bellowing songs down your ear.

From there we head towards the present again with a powerhouse version of Ghost Nation.  The screen at the back of the stage is particularly effective, showing green static one minute, red flashes the next and even at one point, multiple TV screens showing disturbing images such as 911, Abu Hamza, concentration camps and a multitude of explosions.

Numan has, without doubt, one of the most distinctive voices in rock, but more than this, he has distinctive phrasing.  It is not just the voice he sings in, but the way he puts his vocals together that makes his songs so definitively his. This is a trick that few singers manage to pull off, but Numan has this ability in spades.

For Cars, the original video for the song is shown on the screen, the effects that looked so modern at the time dating the video badly and looking old fashioned and clunky compared to the spectacle we can now see on stage.

Comparing Numan now to the younger version on stage it would be hard not to conclude that he looks better now than he did then. Age has been kind to him and he both looks and moves like a man half his age.

His sound has similarly aged well. His relationship with the likes of Nine Inch Nails has been a symbiotic one and the influence has flowed both ways. He has beefed up his sound, so even the previously thin sounding Down in the Park is now lean and muscular where previously it was (intentionally) pale and wan.

That said, even though he has added layers of armour to his old songs, it is the new ones that sound like they were actually intended to be heavy and in your face and it is these that provide tonight’s highlights.

Encoring with Are Friends Electric, we are again reminded that Numan is not just a modern singer, but a genuine pioneer, as this synth classic transports us back those heady days of the 80s, seeing him perform this on Top of the Pops.

Those who laud him for his influence are right to do so, without him and his vision, electro music may well have sounded very different.

Numan has earned his admiration and his audience. It would be good to see him step up the ladder once again and start playing larger venues and bigger stages.  The ease with which he sells out The Academy indicates he can do it.

Gary Numan is, remarkably, still a man at the top of his game and is more relevant and committed than many of his contemporaries, still moving forward rather than relying just on past glories.

And after 40 years, that is nothing short of amazing. 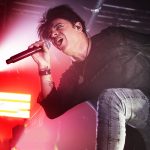 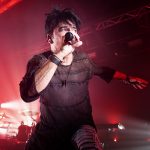 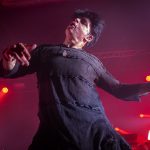 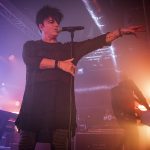 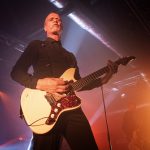 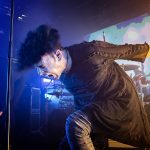 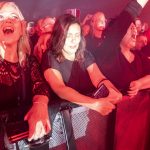 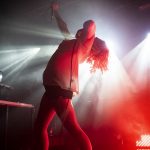 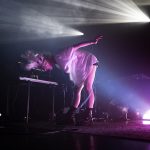