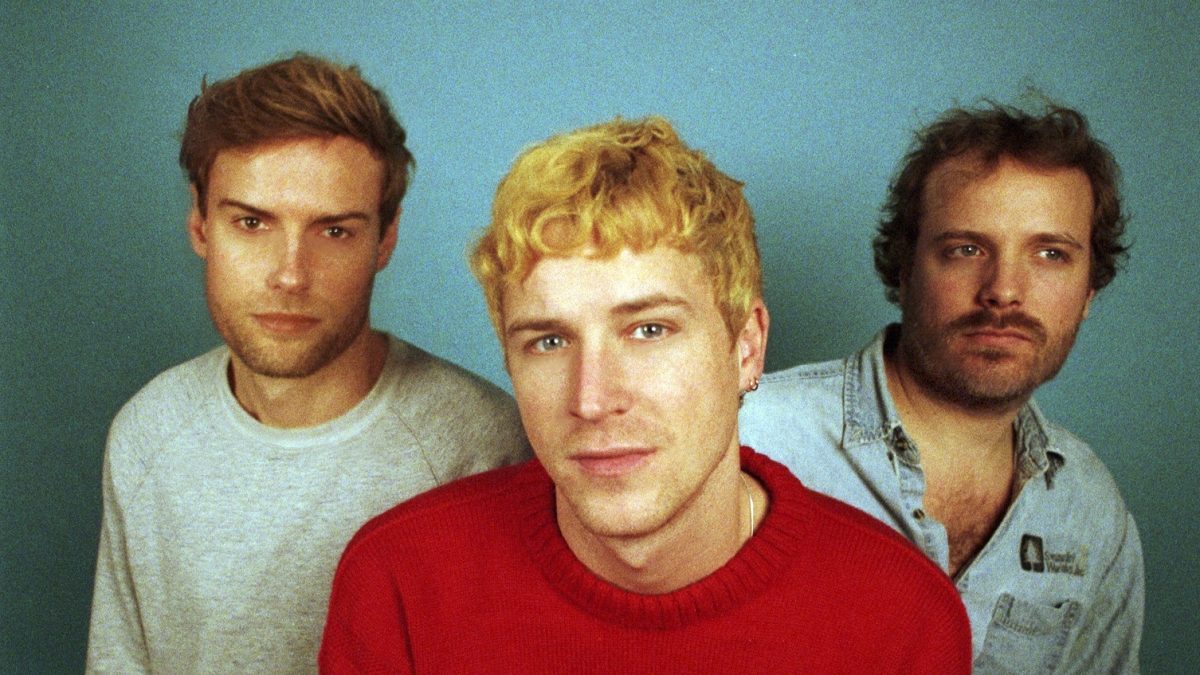 Palace have had a bit of bother with the newly re-engineered three-piece but are still headed out on tour, as Getintothis’ Chris Flack tells us.

Following the success of London three-piece Palace’s 2016 debut, So Long Forever, they’ve found the path to success and mega millions a little bumpy.

One particular bump in the road led to the departure of bassist Will Dore. However, that doesn’t seem to have phased them much, given their recent press announcements and the success of Life After.

Their first album, So Long Forever, was a deep dive on death and marital breakdown, a theme that harked back to vocalist Leo Wyndham’s parents’ separation, they didn’t do light pop then and they aren’t doing it now either, sticking with heavy topics and dealing with them in a gentle, diligent, thoughtful manner.

Death and Loss is a theme on their second long-player, Life After, but in this recording, they seem to have found a new voice, a new determination to move forward regardless of what life throws at them.

Their sound is very different now that they’re a three-piece and there is a depth to their new work that gives each of them room to breath and show off a little, it’s not an easy thing to recover after the loss of a key member but its laudable that they’ve managed to come back stronger.

Life After was released in July and resulted in sold-out shows across the UK and Europe, they’ve also announced their first-ever North American tour, with stops everywhere from the Williamsburg Music Hall to Toronto’s Famous Horseshoe Tavern.

If that weren’t enough, they’ve announced a UK tour which will start almost as soon as they hit the tarmac back in blighty, booking shows in twelve cities they didn’t quite manage to get to on their recent Autumn tour.

As for Life After and what you can expect on the tour, it comes in at eleven tracks that are some distance from their first record, it’s an album that created quite the buzz and brought in a few new admirers.

Which in this game is progress.

Frontman Leo Wyndham has this to say of the creation of the record;

“While there are a couple of different threads to the record, ultimately there’s a romance to it alongside a feeling of looking to the future through a new lens.

While still being aware of the unknown, you can allow yourself to feel hopeful, stronger and grateful for what you’ve got.”

And it’s hard to argue with that kind of optimism, and it’s probably worth the price of a ticket alone.

Perhaps in a moment many would hope to achieve, Life After includes the stunning Heaven Up There, a song designed to pull at the heartstrings and make you think about everything, all at once.

That moment of what we can only guess was air punching joy was when it was chosen as Lauren Laverne’s Headphones Moment on BBC 6 Music, in what has arguably become the hipster version of the Simon Mayo 11am slot of the 90s.

As a record and a theme, Life After is a candid wander through a tumultuous few years for the band, but the heartache and the work appears to be paying off, as the band have created a loyal fanbase across the planet.

For all of this PR malarkey, we imagine the band are going to have a quiet Christmas before they hit the road in the new year, unlike the Getintothis staffers who will be listed to death in the next few weeks.

Mind you, they have had enough to keep them in tune this year with shows at Glastonbury Park Stage and a sold-out gig at the cavernous Camden Roundhouse.