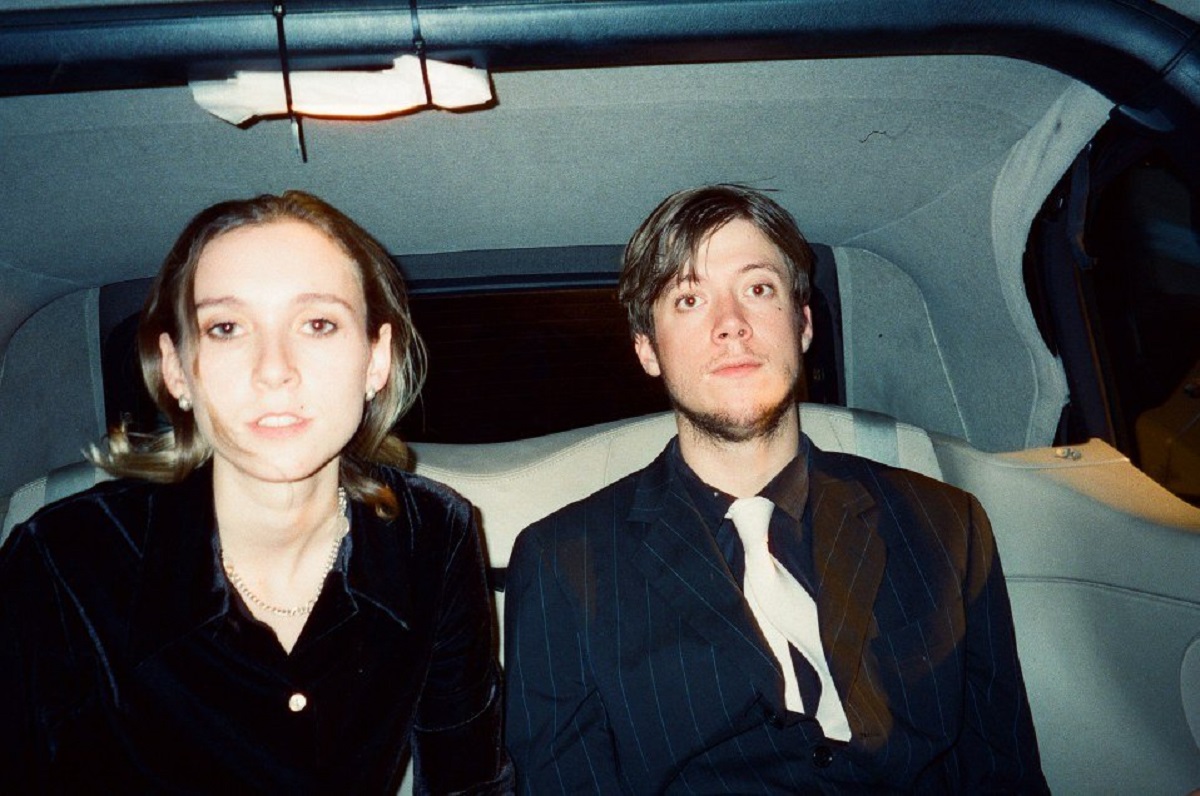 Another bumper week of singles, Getintothis’ Steven Doherty figures out the sublime from the frankly ridiculous.

Single Of The Week:

Sorry: Right Round The Clock

It’s funny how you can either take to a band or not pretty straight away.

Even, shamefully, before you’ve actually heard a note from them, just something about them that doesn’t feel to appeal.

Which brings us to Sorry, a band which we have had previously not had much time for.

This, however, is one fantastic record.

It’s late-night scuzziness hits us hard from the start.

Jazz-like instrumentation and dual perfectly fitting vocals give it a huge atmospheric widescreen feel to it, whilst it’s knowing Mad World aping lyrics add to the gloom and doom instilled here.

Pulled Apart By Horses: Is This Thing On?

Fresh from their shed-climbing antics at their Phase One extravaganza, Leeds noiseniks Pulled Apart By Horses show off their first new material in a big old while.

And it’s exactly what you would expect from them, all huge riffs and a massive chorus, with a couple of guitar solos to boot.

This one-off single is acting as the “official anthem” of the Transgressive label, as they celebrate their 15th anniversary.

Seatbelts are back, hurrah!

Recorded up in the Scottish Highlands and produced by the legend that is Edwyn Collins, Black Spring is the first utterings from their stack of new material, more of which is promised soon.

It’s their comment on Brexit, and it’s a lovely swirling entity with dark undertones, showing that they are on the cusp of an undisputed breakthrough.

Emerging from the mean streets of Newton-Le-Willows, Serratone are a noisy treat.

Unlike a lot of the other releases this week, they’ve been kind enough to actually go to the trouble of writing a chorus, and a killer one at that.

Placing themselves firmly within the current noisy zeitgeist, this has the hallmarks of a catchy rocking floorfiller, being sung by festival crowds next few years.

Synth-filled and energetic, this is another one that you can see crowds singing back to the band.

The Brighton quintet may be another one with a bad moniker, but the crashing organs and chanty chorus more than make up for it.

With a hint of Placebo in the vocal, this sounds like a fairground ride of a pop single.

It gets better with every repeated listen, this is the confident sound of a band that will undoubtedly make it.

Ooioo are the avant-rock brainchild of YoshimiO from Boredoms.

They’ve got a track on their new album which is actually, in real life, entitled “walk for 345 minutes, while saying “Ah Yeah!” with a “Mountain Book” in one hand, until a shower of light pours down.”

This is more like a chant alongside a jam, rather than a conventional single, being as it is a psychedelic mesh of swirls and tapping drums with quite the 60’s Technicolour vibe.

It threatens to take off after each layer of added instrumentation, beeps and bleeps and although the vocal reaches the suitable crescendo, it never quite hits the heights over the 8 minutes.

This feels achingly trendy, one for the hipsters.

We are quite happy to be stand corrected on this, but this sounds like too much is trying to be thrown into the mix here, and it feels so much less than the sum of its parts.

It will find an audience with some, but it feels like a bit of a mess, and the vocals are mangled to within an inch of their lives.

A foot tapping stomper from the off, this reminds us of Dandy Warhols before they lost the plot.

Built on fuzzy guitars and sneering vocals, this fizzes in all the right places, and at two and a half minutes, doesn’t outstay it’s welcome before crashing out beautifully.

Loads going on here, these are a band to investigate further.

SRP are a Brooklyn based electronic duo who’ve previously played a gig at, of all places, the Great Wall Of China.

And this track has a Far Eastern flavour to it, with it’s mysterious vocal popped over some ethereal electronica.

Alas though, it’s another one that doesn’t really take the listener anywhere exciting, it potters about a bit and then ends.

Lovely enough, but maybe just a bit too nice.

The lead single ahead of their debut album Housework, due out later this year.

It’s a stuttering, sultry, almost Vampire Weekend-esque number, erratic rhythms and yelps very much the order of the day here.

The production and overall feel reminds us also of a Field Music, so if that’s your bag, then these newcomers would love you to get involved.

They probably think they are doing something above and beyond, but this feels like a pretty safe and unremarkable record to these ears.

It threatens to come alive in places but the time never arrives, and there’s no huge chorus coming along to save it.

Even though it’s a cover version of one of her old tour mates Loose Tooth’s songs, she makes it into a uniquely Courtney Barnett sounding record.

It comes from a new compilation album Milk On Milk, which sees labelmates covering each other’s songs, Barnett being the best known of them.

It’s a typically shambolic sounding single, partly due to the fact that it was recorded within a couple of hours with no rehearsal, so familiar was she with the source material.

It’s not gonna convert anyone, but does anyone not actually like her in the first place?

Little Dragon once again summon their inner Prince on this chunk of relentless electro-funk.

It shimmers with an 80’s sheen to it with the shonky flutes adding an extra dimension, and the production reeks of old school R and B.

We know two things about B Boys.

They’re a punk trio from New York, and they have lumbered themselves with a truly terrible name.

This takes a bit of time to get going, but once up to speed it judders in all the right places, with a similar vibe to Parquet Courts, who they have previously toured with.

The last minute’s great, we are a sucker for some hand claps.

Share. Twitter Facebook Google+ Pinterest LinkedIn Tumblr Email
Previous ArticleMoon Duo: Invisible Wind Factory, Liverpool
Next Article Why we should we give support bands a break: The Coral, Red Rum Club and The Farm tell us their tales