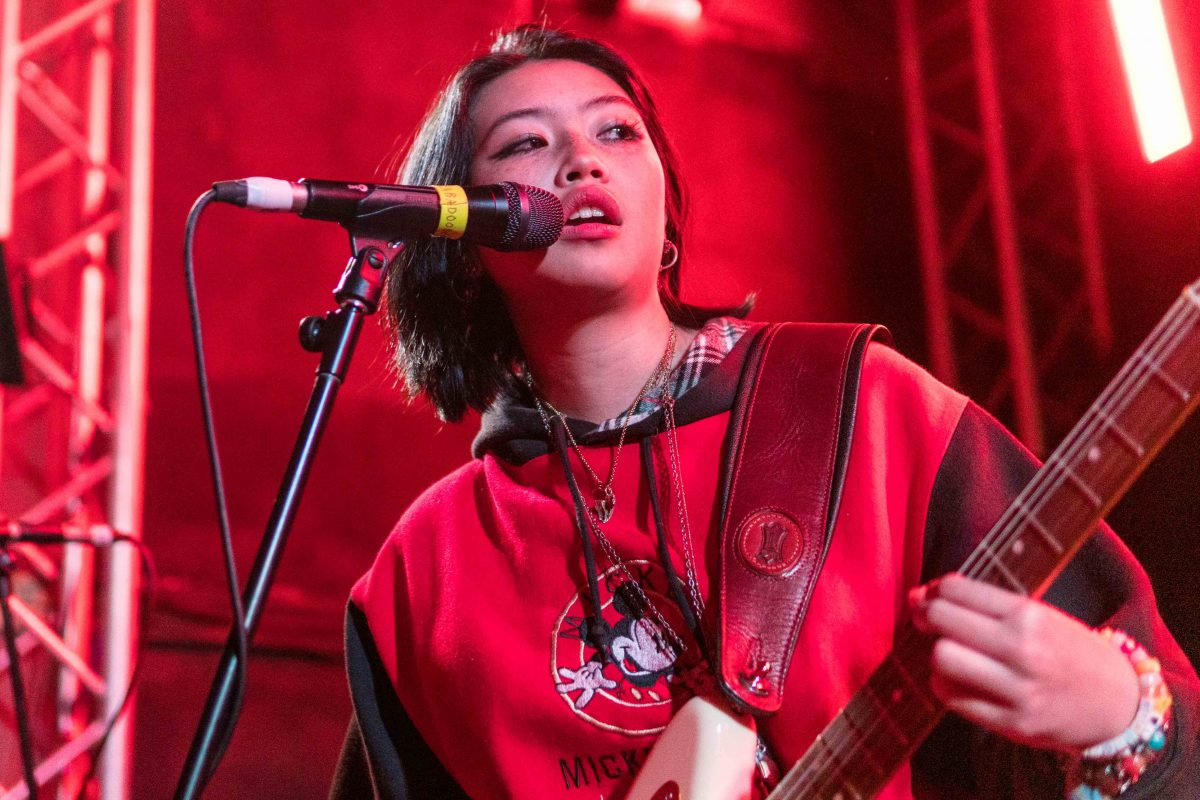 The Dirty Hit Tour took its next stop at the Arts Club and Getintothis’ David Hughes was there to witness proceedings.

Dirty Hit Records are known for producing acts like The 1975, Wolf Alice, Pale Waves and The Japanese House, they have a knack of knowing how to take artists to the next level and take over the world.

The 1975 have just won Q’s award for Best Act in the World Today, alongside pretty much every other award they’ve been nominated for, while Wolf Alice have won Best Live Act for a number of years running, along with that infamous Mercury Award.

Dirty Hit seem to know what they’re doing to get their artists to the forefront of British music.

Tonight at the Arts Club Loft we see some of their freshest up and coming artists, in the shape of Beabadoobee, touted by pretty much every music press as one to watch for 2020, they have even bagged a BBC Sounds of 2020 nomination, No Rome, who have supported The 1975 around the world, and Oscar Lang, who we’d never even heard of, but appears to be the new kid on the block.

First up was the new kid on the block, and after a brief listen to his material, we were expecting a slightly chilled out, laidback set, and boy were we wrong.

Half musician, half comedian, Oscar Lang and his gang of bandmates had us transfixed as he blasted his way through his set, with a sound self-described as ‘Mac De Marco, John Lennon and Wii channel music’.

His approach to the night seemed to be to have a laugh more than anything, but that was what had us captivated. From the start of his set, he appeared to be having more fun than anyone in the room, dancing around the stage like Mick Jagger, making weird jokes in between songs and telling us all that we’re never going to see anyone at the gig again, so we might as well have fun and go mental.

And that’s how most of the packed-out room reacted, with people bopping and jumping around, Oscar even had time to play a Christmas number with a bit of a Blossoms vibe, which sounded beautiful.

We were left feeling like Oscar should have been higher up the bill, and that by this time next year, he’ll have probably overtaken his fellow Dirty Hit counterparts.

After Oscar leaves the stage, we hear an almighty scream from the crowd as No Rome walks through the crowd to the bar. It’s going to be one of those nights.

No Rome is up next, the Manilla born London based artist blasts onto to stage, starting off with his hit Do It Again. No Rome has a weird vibe, part chart pop, part hip hop; it’s a weird fit for a gig surrounded by ‘indie’ artists, but it seems to work.

The crowd seems a bit dead for Rome, unfortunately, with not much interaction from them, despite the screaming at the end of each song. For a couple of songs, the odd spot in the crowd gets a bit rowdy, certainly for the heavier, one minute 5 Ways to Bleach Your Hair hit. Despite this, the smaller venues definitely seem like a better fit for Rome, the last time we saw him in this neck of the woods was at Manchester Arena supporting The 1975, which seemed a bit out of his depth.

Tonight, he seems perfectly within in his depth, closing his set with his most popular song, Narcissist, which features label mates The 1975, who receive the biggest scream of the night when mentioned. The crowd finally engages ludicrous mode and go crazy for the three minutes, before Rome leaves the stage.

It was a good set, but we were left feeling a little underwhelmed, certainly given how much he’s been hyped up by those pesky The 1975 label mates.

Exclusive: First listen to All My Friends Are Dead To Me by COW

Finally up is Beabadoobee, who is by far the most anticipated act of the night. The first thing to point out is how many guitar changes one person needs; the longest she used one guitar for was two songs.

Beabadoobee has been hyped by everyone in the music press as being the next big thing in 2020, and it’s clear from how the crowd received her as to why, but sadly not as clear to us.

Beabadoobee (known as Bea to her mates) started life over on YouTube, before gaining attention from Dirty Hit. Initially, her style was quite folky, but lately, her music has taken a grungier punkier route.

And that’s what her set sounded like tonight. Starting off with Are Your Sure, off her latest EP, Space Cadet, the crowd went crazy as the chorus hit. That seemed to be the running theme of the night.

No mosh pits for once, despite her sound being capable of that, but individual groups of the crowd just having fun and jumping around.

Despite her predominantly acoustic back-catalogue, every song tonight was amped up, having that grungy vibe, despite a break halfway through to play the song that started all of this for her, Coffee. We felt that it all started to sound the same, good-the-same, but the same none the less. It got a bit tiring.

Bea has an incredible voice, it’s very soft and delicate, but she can belt it out when she needs to. Her songs are all really good, certainly, her new EP is a great new direction for her, from her folky roots, but bringing a bit more of those folky roots back to her live shows wouldn’t be a bad thing.

Certainly, one to watch for the future, but perhaps with a bit more variation in her live show, please. 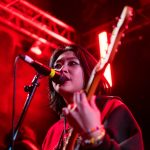 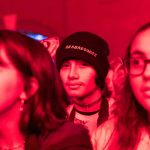 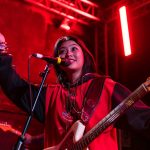 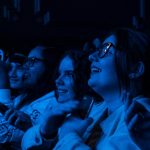 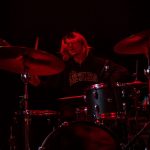 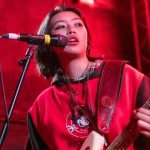