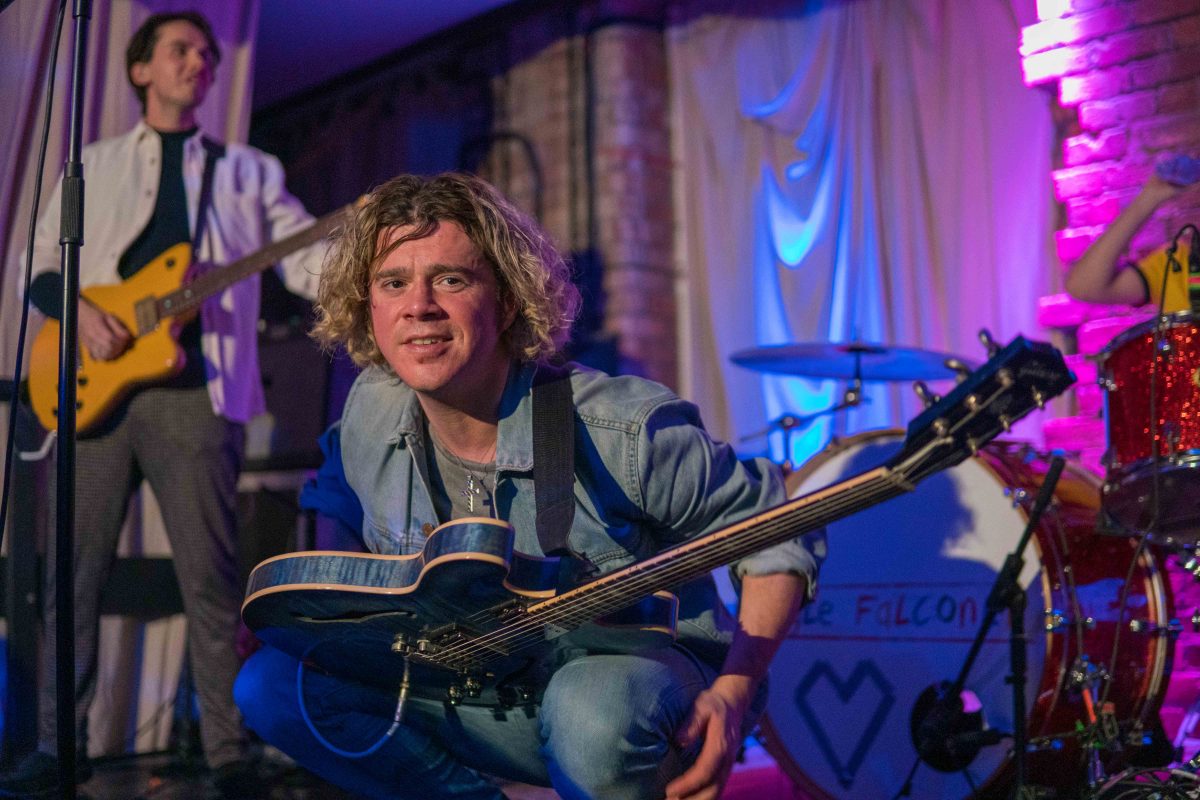 The View frontman Kyle Falconer came to Phase One on his solo tour, Getintothis’ Lewis Ridley went down to see him in action.

For those of a certain age, and perhaps of a certain geography, The View and Kyle Falconer have always been above the rest of the 2000s and 2010s indie bands.

Though perhaps restrained the one hit wonder tag in the mainstream, they have consistently drawn crowds that their counterparts could only wish for at their gigs and festivals alike.

The pinnacle of them, of course, being in their homeland. The Dundee band have taken residence in Glasgow on numerous occasions, and as we well know, those Scots like to travel too.

This partisan support of The View means that when Kyle Falconer does spread away from the band on tours like this, they have a certain lure.

It hasn’t all been easy for Kyle, though. Those that followed his journey in rehab in Thailand back in 2016 will be aware he has pulled himself away from an all too common path.

Each gig of his, therefore, deserves to be a celebration.

First up, though, a band that weren’t actually on the bill.

As far as we could see, there was no mention of The Racket on any of the pre-gig promo, but by now these are a band that have made themselves pretty recognisable to this local crowd.

Having just released a new Labour anthem, For The Many, Not The Few, there’s a feeling that the Widnes outfit are going for a more probing address with their soon to be released EP.

That’s not to say that their popular set closer Queen of Hearts and it’s its equals aren’t popular. They were the most popular when The Racket arrived back in 2016 at The Magnet and the conclusion to their set remains their strength.

The first of the actually billed bands came in the form of Columbia.

After what are effectively a group of lads getting pissed and having a laugh do so at the front of Phase One, they’re led onto the stage by frontman Sheppo, who has appropriately donned a Jeremy Corbyn mask.

There is no doubt that the Gallagher brothers are their inspiration, that is clear enough.

Back The Gaff, their first single, is a jolting, snarling effort that you can tell the best get satisfaction from unfurling. It’s actually very She Left Me On Friday, though I’m not sure Oasis obsessives would approve of that.

“It’s been a topsy turvey year.” He says, before ripping into their next single, set for early 2020. 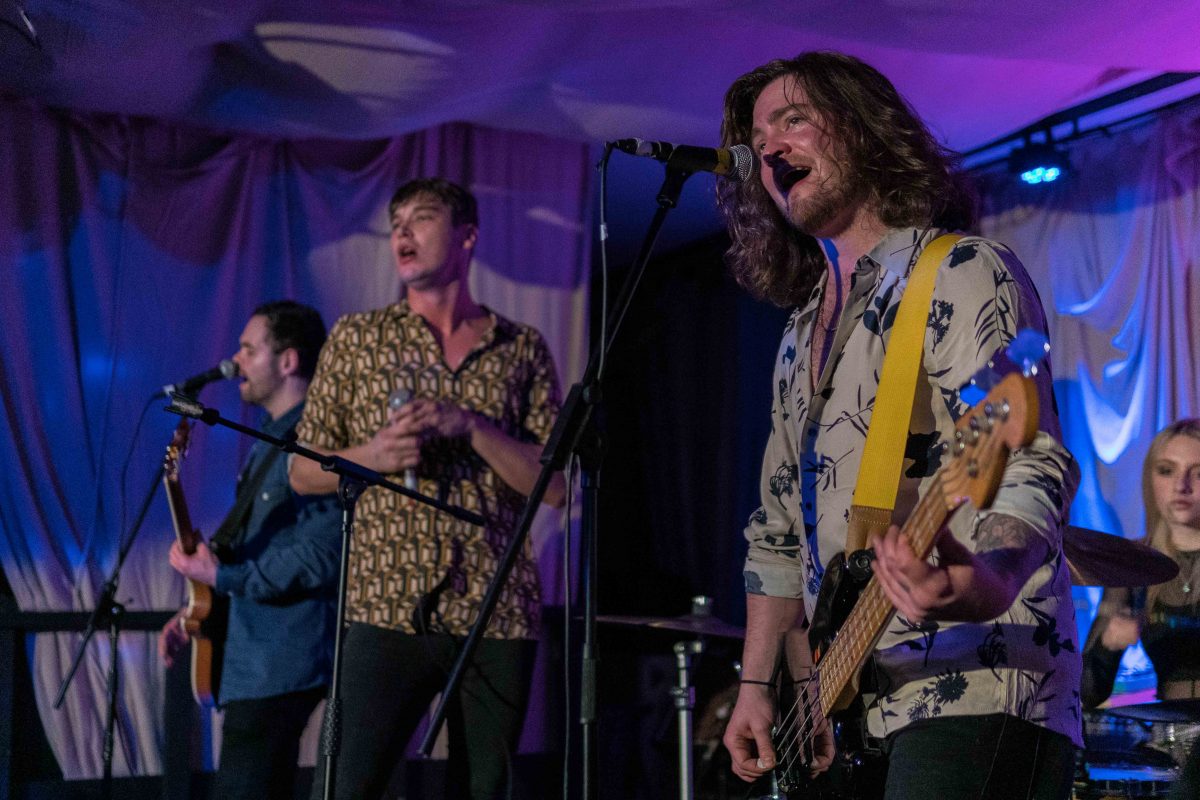 The final support came Bolton outfit Jordan Allen, with a set that was very much of two parts.

The former, a handful of tracks that were heavy, hard-hitting, lyrically sharp. We’ve seen this before, perhaps most similarly in the form of Declan Welsh and The Decadent West or The Blinders, and it’s a winner.

Frontman, er, Jordan Allen, is active and energetic to say the least. He comes into the crowd and seems comfortable being the focal point of the room. Which is handy.

There’s more to them though, which is perhaps why they’re a them and not a him. That comes in the latter half of the set, which is indie music to a T. Final track R.O.S.I.E is the epitome of that.

By the time Kyle arrives it’s almost 10 o’clock. He springs on and collects his ukelele for a cover of Something, and then the first View track of the evening in the form of How Long, when he’s joined by his band.

The crowd aren’t here for a covers set though, and when The Therapist, Family Tree and Avalanche feature, Phase One duly obliges with a singalong to Falconer‘s own tracks. The latter, he explains, was wrote during the time he spent in Thailand. The crowd know.

There’s a few people who perhaps overshot it at the bar, but it’s a great atmosphere as Grace and Witches close the main body of the set.

Kyle himself, now blonde-streaked, is a picture of health as he skips back on stage for Typical Time – the curfew meaning two tracks are missed from the encore. That’s ok, though, he left to a heroes reception.

It’s no just in Scotland he can pull a crowd, ken? And it is so good to see him well. 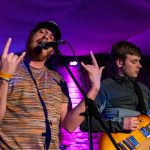 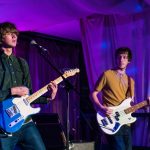 The Racket, Phase One 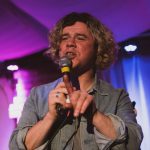 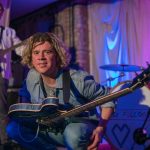 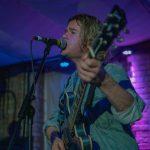 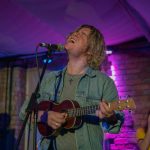 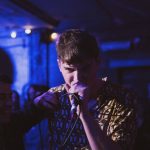 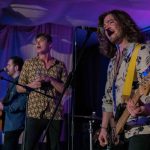 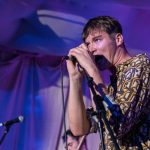