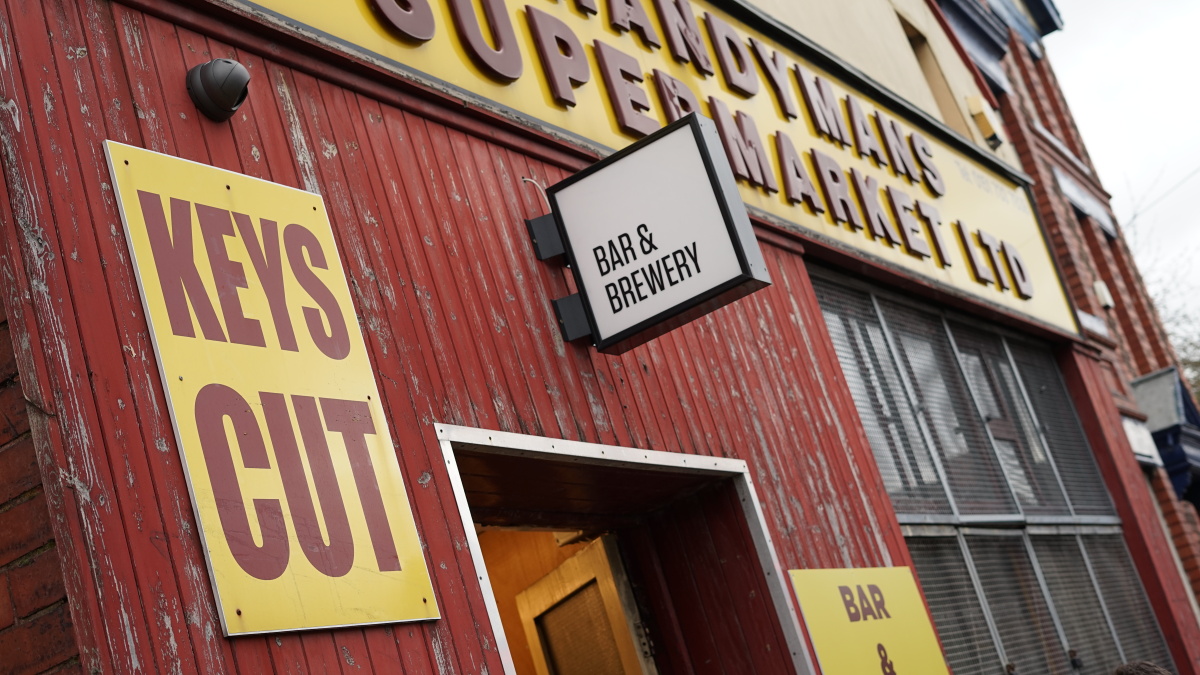 With the news that Fresh In The Net is headed to South Liverpool, Getintothis’ Chris Flack sat down for a chat with the new handyman of Smithdown Road.

We live in the no man’s land between L18, the land of estate agents, Costa coffee shops and solicitor’s offices, and L15, which in recent years has changed beyond all recognition and in ways we wholeheartedly approve of.

When we moved here there wasn’t much to speak of around Smithdown, now it has everything from fancy food gaffs to fancy burgers, fancier beers, some superb coffee houses and a cereal cafe, though we’re not sure we know quite what to do with that.

Our part of South Liverpool isn’t short of pubs, there is a Wetherspoons that has the highest rate of police call-outs outside the city centre for one, we’ve never been in.

Our nearest pub would be Foherty’s Bar, two minutes away at a ‘man needing a pint pace’ though we’ve never been across the door, we’re significantly younger than the young punters we’ve seen loitering about outside.

The Dovey is at the other end of the street, that we’ve frequented, Penny Lane Wine Bar is close though it has been an unsure location since it started to look cleaner and airier; Tribeca is just around the corner and while we’ve popped in for pizza there isn’t much to keep us. It’s not really our night time vibe.

Our vibe is more of a knocked together wild idea that someone somewhere should have asked an adult about, you know the thing, run the idea by someone who has tried something as mental as that but still get away with it, that’s the ticket there.

That’s what we like, something a bit experimental, something that speaks to the community, lays on a bit of quality entertainment and has a decent beer selection.

It also helps if they have resident ninjas.

It’s no small blessing that the Handyman’s has appeared from the mists of history and that while it’s a few steps further away it’s become a firm favourite, you can see the age in it, it’s history is still tacked to the walls, quite literally in some cases.

Alongside the posters for the Ninja training camp, obviously.

It’s a bit of an oversight that while we’ve perhaps reviewed the odd gig we’ve never come in for a chat with the team mad enough to take on an idea as, well, left field as this one, taking on a historic building that has been at the centre of this street for a very long time is not for the faint of heart.

Kevin McArthur has taken on the task and he has form in the neighbourhood. He has owned Kellys, a little further down Smithdown, for eleven years or so but he has slaved behind the pumps for much longer if his eyes are a tell.

It should be said early on that Kevin tells me there is the promise of a good Guinness in Kellys, so after our chat, we tested him at his word, reader, he was not wrong.

I digress, back to the Handymans.

Kevin part-owns the venue with his partner Tricia and the architects who designed the Pen Factory, the Buyers Club space and a few others, the architects’ original thought was to change the Handymans into living spaces.

Kevin knew of the old shop as a spot to pick up the odd bolt or screw to put Kellys back together after Yammerer played or the locals got particularly rowdy of an evening.

When he heard of the sale he went looking for whoever had the keys filled with hope that he might just get away with it. His original idea was for a nightclub but with an abundance of housing on all sides that idea changed to its current form.

The one where taking on a big old dusty building would have you forcibly self-isolated for your own protection in normal circles. If you listened to your friends that is.

After a couple of successful trial-runs and pop up events the idea came to split the room, the noise levels meant there was little else for it frankly, and as a design idea it’s near perfect. Much to our disappointment the idea to keep the key cutting service was kiboshed given the sheer noise levels involved.

Apparently putting something metal against something else metal at ludicrous speed to change its form seemed intrusive, especially during a post-work pint on a Tuesday evening. Who knew.

The Handymans was a livery in its first incarnation, built to shoe horses and look after carts while their owners rested up next door at the Brookhouse, the horse’s head remains above the door, in what can only be described as a sign of absolute and glorious intransigence.

It became the Sefton Park Picturedrome and that even left a mark, the projection room remains, window intact, almost immediately behind said horse’s head. Small for a cinema we would imagine, but perfectly formed nonetheless. It eventually became a Handymans and stayed that way for 50 odd years. We used to frequent it for bits and bobs, though we could rarely blame Yammerer for the bits of our house that needed fixing.

The name and much of the look has been retained, they’ve created a venue with two bars, two distinct places, one ready-made for dancing and gigging, they have a brewery where they make their own ales, they make their own gin too; there are even plans for a Handymans whiskey if you can hold off for the three years it takes to mature it, you can take the man out of Scotland…

Richard Norris on Andrew Weatherall:
“He brought possibilities and people out of themselves to a greater place through music”

The brewery idea came from the architect who was working with a client elsewhere, that client moved in after their project fell through, though the beer is now commandeered by a gentleman who hails from the Liverpool Organic school of ale and it is bloody worth the trip up on the 86 bus. It’s worth mentioning at this point, as a result of Irish pride and an ingrained desire to beat the Scots, that when Kevin wanted to talk to an expert whiskey head, he travelled across the Irish Sea to learn how it’s done properly.

One wonderful bit of the space is that the central block that houses the bars, bogs and brewery has been built in the spirit of the Handyman and features pin board signage leftover from the shop days, and if you’re not tempted to ask for four candles then you need help.

The front of the building is almost untouched, the internal walls and floor have been restored to their original state and the furniture is suitably rustic and wobbly. It’s not bad for a local. You’d think that between two bars, a band management gig and a whole host of other wild ideas that Kevin would be suitably entertained, not so.

He started the Smithdown Festival about five years ago, the newly opened Evil Eye helped kick things off with the idea that collectively they might be able to breathe a bit of life into this bit of Smithdown. If you’ve walked along this stretch it’s safe to say they’ve been successful in being the impetus to others taking on wild ideas.

With a packed itinerary, the space is rarely quiet, Edgar Jones drops in to spin some tunes regularly, Nick Ellis drops to play a few tunes now and again, the Jubilee Stompers are the resident jazz band, there are comedy nights, chill outs, gigs, gags and pop up art and crafts market.

One of the events in March that caught our eye is the Fresh on The Net event, coming up at the end of the month if all goes according to plan and the Coronavirus Gods are gentle. Ali Horn will be playing, as will Luna, Drifting Classroom, Stone, and Getintothis favourite COW.

Eve Goodman and Sera are popping over from Wales to add to the lineup and if Mc Arthur gives us any hint there are probably a couple more to confirm.

Hopefully, the gig will take place on the 28th March, given that the Fresh in the Net project is the brainchild of one Tom Robinson, he of Sector 27 fame, Glad To Be Gay and BBC Radio 6 regular give it some kudos.

As a gig it can lead to airtime and mentions in the right place, there is a gig here and one in Glasgow where Yammerer will represent the North West and no doubt destroy the fixtures and fittings. I wonder is there an old handyman someplace near the venue?

After spending time with Kevin it seems as though he is unable to say no to madcap ideas, see Smithdown Festival, two bars, a brewery, a Whiskey project, roles as a band manager, gig booker, stagehand and father.  We should be thankful that he gets away with it all, for he is one busy lad.

The Fresh On The Net gig takes place on the 28th March and we’ll be there, down the front for all the COW noise and guitar destruction, you’d be a fool to miss it. 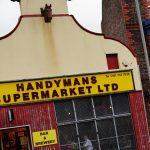 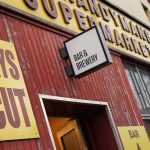 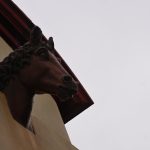 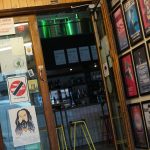 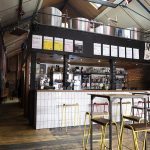 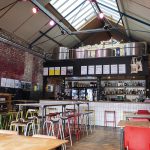 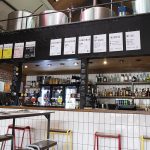 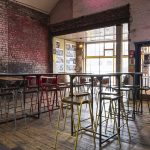 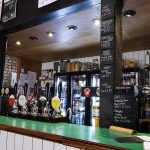 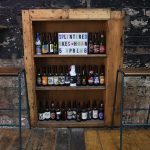 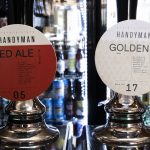 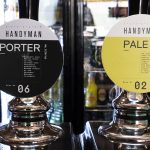 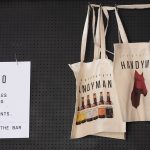 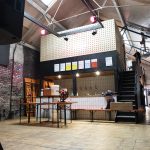 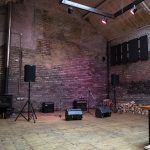 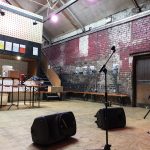