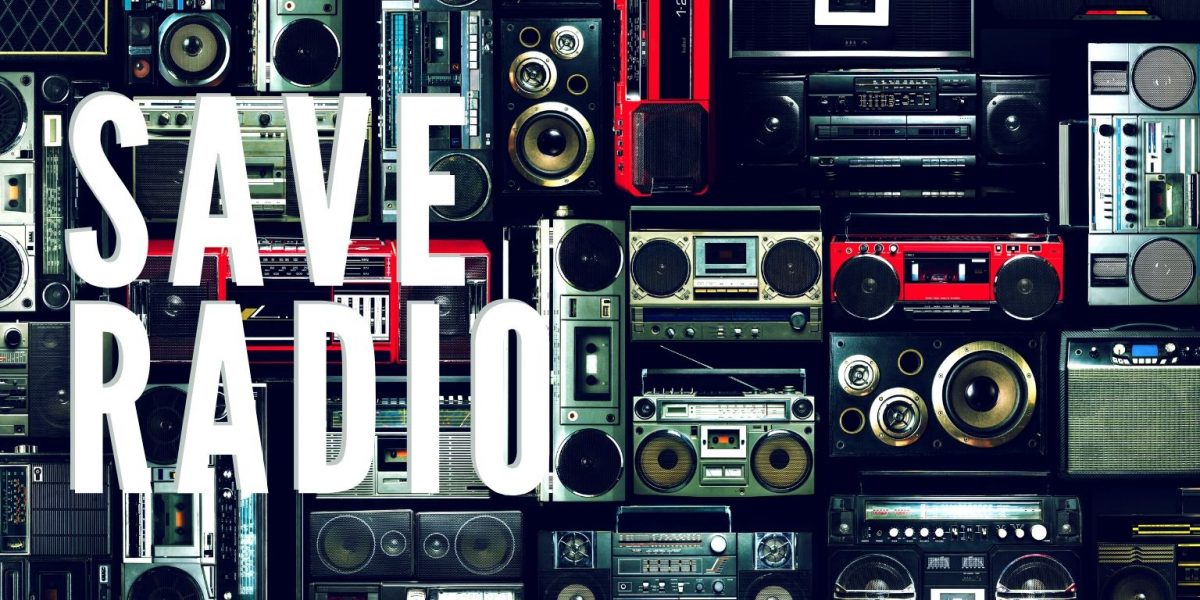 As the COVID-19 pandemic rumbles on, Getintothis’ Chris Flack looks at the impact of the lockdown on radio stations across the UK.

For me, listening to the radio has always been a lifeline, some of my earliest memories of my teenage years when I, like so many others, locked myself in a room for 7 years, involve hours spent tuned in and dropped out.

There were three stations of choice that didn’t involve your Uncle Hugo or Philomena Begley, and no, you have no need to Google either of those.

Three stations were on heavy rotation depending on the time of the day, the first was called City Beat and it had the clearest signal as it was the closest.

But radio was so much more than that, I could wander through most of Northern Europe in those days, picking up stations all over, Atlantic 252 was a favourite and Radio Luxembourg took over when 252 took the night off.

This was before the time of digital radio, MP3 downloads, digital streaming, hell this is when vinyl was cool the first time around. These hours were spent attached to an actual radio, the kind of thing that came with a tape deck and an aerial that would scratch the ceiling, it would sometimes have to live on the window sill so it could get a clearer signal if the weather was bad.

(If there was a storm I read a book)

Radio is a connection to the outside world, an education service, a news service, a gateway drug to great music and a gatekeeper to even greater music, take John Peel as an example, there are whole generations who take Peel as the keyholder to their musical influences.

But in the era of streaming, downloads and instant connections and gratification the humble radio is in trouble, so much trouble in fact that the sector has called for government support to stop stations closing.

The Community Media Association represents community radio stations across the UK. It says that as a result of COVID-19 around 100 stations could close unless there is some form of government intervention.

The steps from the Community Media Association follow calls for similar action made by the commercial sector trade group RadioCentre.

The trusty wireless is in a strange catch 22, as the country has gone into lockdown many stations have reported that their listening numbers have gone up as people seek out news and information, given that so few of us are at work many appear to have turned to the radio for a sound of a human voice.

In times where people are self-isolating and staying indoors for prolonged periods of time (like teenagers possibly), we’ve all turned to the radio. But the issue for radio, both commercial and community, is that while shops and restaurants are shut, advertising revenue has all but dried up and the single greatest income for any radio station is advertising.

Radio Ga Ga and the world wide web, how radio.garden might save your sanity

Much of that income comes from the local community and many of those small local businesses aren’t operating during the lockdown, even if they are, they are likely facing significant cash flow challenges, meaning any advertising spend is likely to be significantly reduced.

Early this month the All-Party Parliamentary Group On Commercial Radio sent a letter to relevant government departments warning that “there is a risk that without further help that some commercial radio stations could end up being forced off-air”.

Among the support measures the All-Party Parliamentary Group recommended was a relief on fixed transmission costs, an extension of current support schemes to broadcasters and an increase in spending on radio advertising by government departments.

In trying to ensure the lockdown is successful the government has increased ad spend to support the newspaper industry, the campaign bought advertising spaces from a huge range of local and national newspapers.

Launching the campaign Michael Gove said that “Newspapers are the lifeblood of our communities and we need them now more than ever. Their role as a trusted voice and their ability to reach isolated communities is especially vital at this time. With this campaign, we are both saving lives by providing essential information to the public, and supporting cherished local institutions”.

But what about the local radio stations that literally speak to people?

Following news of the Government advertising campaign across the newspaper sector, RadioCentres’ boss Siobhan Kenny called for similar support for broadcasters in a letter to media minister John Whittingdale.

In that letter, she says that like the newspaper industry, radio provides an essential service that is seeing an increase in demand since the lockdown came into effect. She has urged the DCMS to support investment to ensure the radio industry survives COVID-19.

The Community Media Association met with ministers last week to share the grim news that nearly a third of the UK’s community radio stations could close as a result of COVID-19.

CMA Chair Danny Lawrence had this to say; “We are extremely concerned that the government will allow up to one-third, by our own estimates, of the UK’s 296 community radio stations to fail”.

With at least two or three more weeks of lockdown to get through, more and more people will find solace in a radio station, and many of them will tune into something that sounds like a friend.

Video hasn’t quite killed the radio star yet, lets hope that it survives COVID-19.