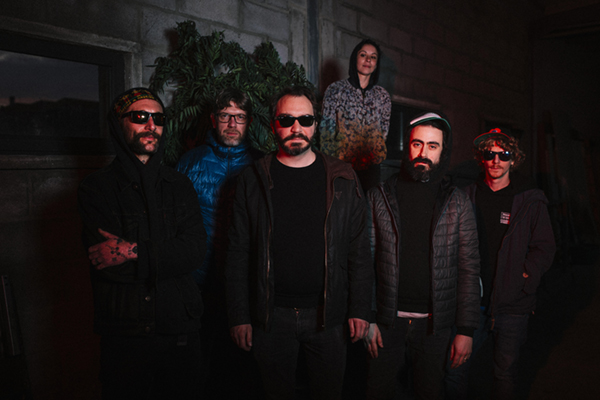 GNOD and João Pais Filipe have announced the release of Faca De Fogo; Getintothis’ Matthew Eland reports with the details.

The resulting record, Faca De Fogo – a collaborative release between Rocket Recordings and Portuguese label Lovers and Lollipops – will be available on July 3, 2020.

Both parties originally met at Milhoes De Festa event in Barcelos, where the Salford crew were intrigued by a skateboard-shaped gong made by João.

Numbers were exchanged and plans were forged for the GNOD crew to join the percussionist in his native city of Porto. Three days of rehearsals were consolidated at one of GNOD’s legendary R&D evenings in the city, and this was followed by four days of recording in João’s metal workshop.

A taster of the album gives us some idea of what to expect.

There’s even a bit of a groove to it: this is more dynamic than some of GNOD’s ambient work, with unsettling, avant-garde soundscapes undercut by fuzzy, crackly bass.

It’s the latest in a long line of collaborations and experiments from the innovative outfit, who followed 2018’s Chapel Perilous with a raft of R&D material.

The coronavirus seems to have thrown their 2020 touring plans into disarray, but hopefully we’ll see their return to the live environment soon.