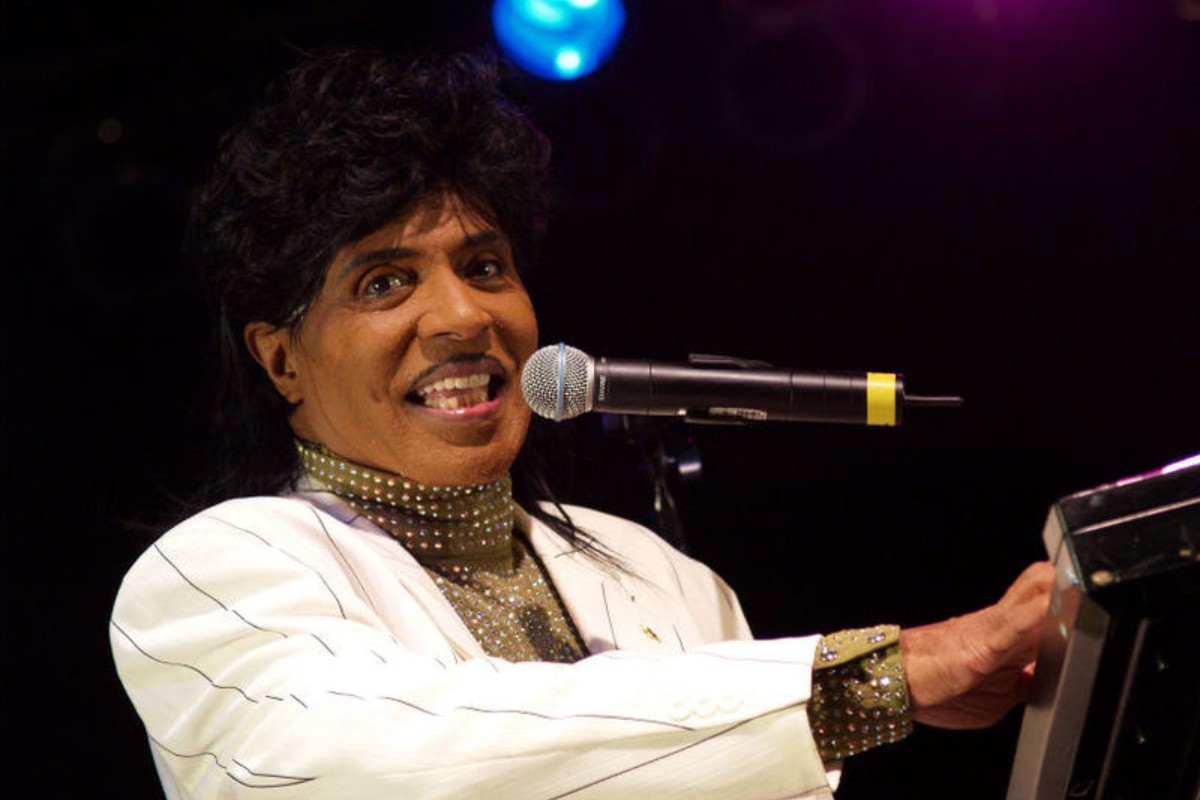 And yet, they could all do with some help.

When their concerts were coming to a close, and they looked for an extra push towards a climax, they all drank from the same source: the flamboyantly outrageous and insanely energetic Little Richard.

The four Liverpool lads would drive girls and boys mad throughout their rendition of Long Tall Sally, with Paul McCartney screaming and shaking his locks.

Ian Gillan had much longer locks to shake and screamed even more during Purple’s explosive version of Lucille.
Freddie Mercury shook every inch of his body on Tutti Frutti, making the whole of Wembley Stadium repeat: “A-wop-bop-a-loo-bop-a-wop-bam-boom!!”.

"Little Richard was the heart of Rock N’ Roll – wild and crazy, brilliant, amazing – certainly one of a kind.

Long before he became an ardent fan of Motown, I had been inspired by his music and showmanship antics. We loved him."

Why Richard? Why were those massive rock acts using tunes released between 1955 and 1957 to finish their gigs?

For the same reason we sunbathe whenever we fancy getting some warmth into our bodies.

Little Richard has been the force behind much of what we listen to when it comes to fast-paced pop music.

He is the sun that shines through the rock scene and makes our legs move, the energy that encourages us to scream at one last tune of a gig before going home, knackered and elated.

On Saturday, May 9, 87-year-old Little Richard sadly died, an event that triggered the time machine in the back of our heads, reminding us of where many things we love about music have come from.

In 1955 – one year after Bill Haley’s version of Rock Around the Clock and Elvis Presley’s recording of That’s All Right kicked off rock & roll history – Richard released his Tutti Frutti.

The song was wild, visceral, sexual, using a verbalised drum beat as chorus and talking about girls who knew what to do and drove a lad crazy – history says that Richard’s original lyrics were more explicit than that.

For that 22-year-old black man from Georgia, who had been recording since 1951 without much success, the song was a revelation that turned his life upside down.

“So what?”, one may say, as this is what happens to any artist who manages their first hit.
The difference is, Tutti Frutti also turned the world upside down.

It put powerful steroids into the cultural movement initiated by Presley and Haley and revolutionised the revolution. It gave character and boldness where there was still only charm and seduction.

It also gave rock & roll what was still lacking: a major black star.

In the meantime, Little Richard was putting his foot on top of the piano, shaking his hips and making outrageous moves.

Things that had been off-limits were put before the eyes of a horrified world.

“We’re gonna have some fun tonight!”, he sang on Long Tall Sally, with that incredible voice of his.

If 64 years later it’s impossible not to jump after hearing that call, imagine the impact on those mid-1950s youngsters.

They would definitely have fun, and nobody would stop them.

The fun genie was out of the bottle.

Legend, pioneer, innovator, Little Richard was all that and much more.

He was not just a rule breaker, he was a rule destroyer, having made a habit of shocking and surprising.

Only a couple of years after he’d changed the world with his groundbreaking music, he had a vision of God and sort of quit what he had created, throwing away all his jewellery and embracing gospel music.

That didn’t last long, though, and in the early 1960s he was back, even having The Beatles as an opening act in New Brighton, in 1962.

For the next 50 years he kept himself busy, on and off the public eye and still performing until the early 2010s.

An openly gay man who got involved with women – even marrying one of them, Ernestine Harvin, he broke boundaries of sexuality and self-expression, appropriately naming himself the “king and queen” of rock & roll.
Drugs and wild parties were central to his young life style.

His hair was always impeccable, his face covered with make-up, his laugh filling the room.

He was David Bowie, John Lydon and Prince at the same time.

“When I see Prince today, you know, Prince is the Little Richard of this generation”, Richard said in a TV interview in the 1980s.

“Don’t get mad about that, Prince! I looked as good as you look today. I was wearing purple before you were wearing it.”

The death of an 87-year-old is not exactly surprising – Richard suffered from bone cancer – but his departure is by no means less tragic.

Just having him around, still breathing from the same atmosphere, was like staying in contact with the origin of everything, as if we could still see the Big Bang happening. 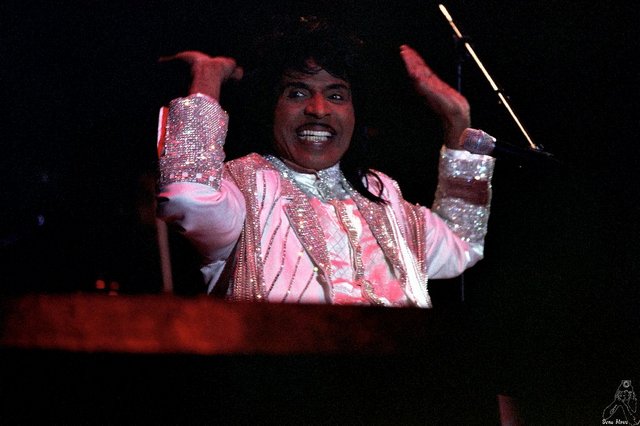 Witnessing his performance live on stage was therefore even more remarkable, something which I had the privilege to experience.

The year was 1993, and rebellion was back in fashion via the screams and guitar of Kurt Cobain.

Having Little Richard in front of my eyes meant finding that missing electric cable to connect past and present.

Even better that, he was not alone.

At the Pacaembu stadium, in Sao Paulo, Brazil, Richard performed with his partner in rock & roll history Chuck Berry, who brought guitar solos, Roll Over Beethoven and Johnny B. Goode to an already unique and magical event.

I remember Richard being extravagant as ever, his soulful voice still nuclear-powered, his desire to provoke and entertain second to none.

I saw him smashing the piano and sending out hypnotising looks and thought, “Neil Young was right: rock & roll will never die”.

The Beatles with Little Richard in 1962. 🎶 pic.twitter.com/MqEX8OeEZb

Little Richard did, though, and the sadness in the comments that followed was palpable.

“I’m so grieved”, Bob Dylan said, “he was my shining star and guiding light back when I was a little boy”.

“I owe a lot of what I do to Little Richard and his style; and he knew it”, Paul McCartney wrote.

The truth is that we all owe a great deal to Little Richard and his innate determination to be outrageous, restless and uncompromising.

Not only did he personify and help to invent rock & roll, but he was also the embodiment of modern 20th century popular culture. 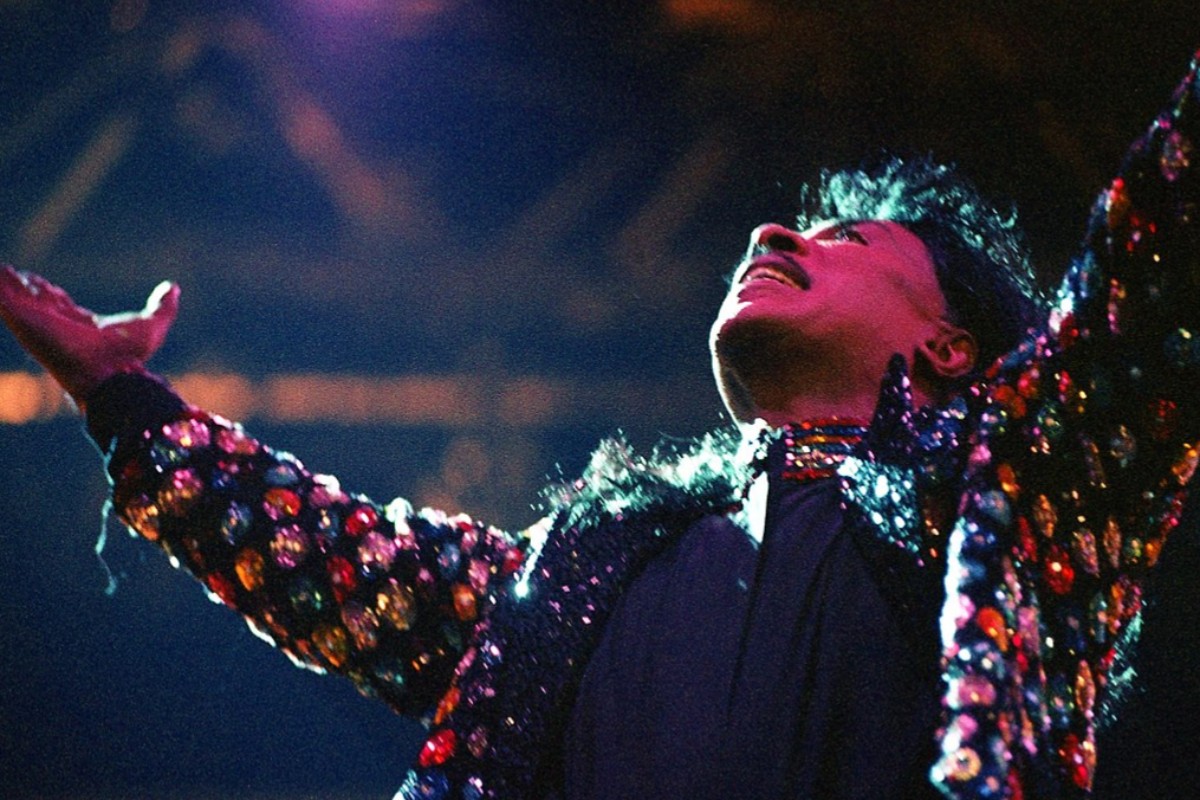 Richard showed to the world – and convinced much of it – that there was no longer any reason to restrain ourselves from being who and what we are.

Enough of limiting our potential, enough of blindly obeying, enough of pretending.

RIP the magnificent Little Richard who embodied the spirit and soul of RocknRoll. He opened his mouth and out came liberation. His amazing records and attitude combined with his flamboyant androgyny would define the fearlessness of the Artform and influence all that came after.

Rock fans, techno fans, rap fans, the black movement, people of all sexual orientations and gender identifications, punks, mods, headbangers, everyone who’s ever stood up for freedom, identity, fun and whatever they believed owe a lot to Little Richard.

How can we pay him back?

By being ourselves, by not conforming, and by listening to his brilliant music once in a while. So grab a drink, make a toast and just say out loud: “We’re gonna have some fun tonight!”.