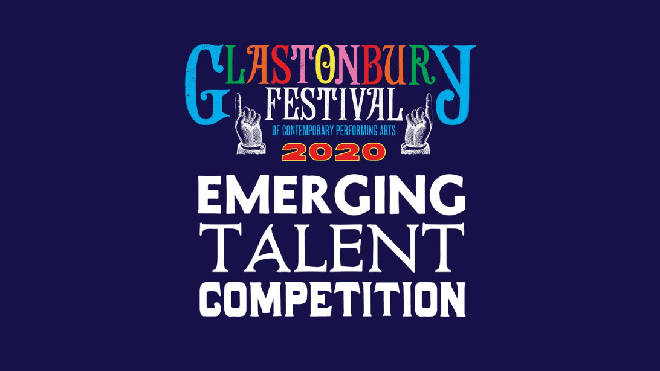 Glastonbury have announced the top three artists of the Emerging Talent Competition 2020.

The news comes after weeks of deliberating between 15 judges, who are all music business professionals. Among the judging panel was Emily Eavis and Glastonbury’s Head of Music Programming, Nick Dewey.

After thousands of artists applied to take part in the Emerging Talent Competition, 90 acts were initially picked to feature on the longlist.

The next step in the process was to whittle this number down to just 8 acts, which included Liverpool band Courting, whose frontman Sean joined us on Getintothis Live last night (Wednesday 18 June).

Other artists to make it to the top 8 where Deep Cuts alumni Tabitha Jade and Foundlings and Nia Wynn.

The three acts who have made it to the top will perform at Glastonbury 2021, as well as receive a grant from PRS Foundation, the UK’s leading funder of new music. In addition, finalists will receive a PRS Foundation Talent Development Prize.

The winners were revealed via the Glastonbury Twitter page, revealing the acts individually from 3rd place to 1st.

The top three acts of the Glastonbury Festival Emerging Talent Competition 2020 are as follows:

West London-based singer-songwriter Matilda Mann was the first to be announced as a top three act in the Emerging Talent Competition 2020.

We begin our rundown of the 2020 Emerging Talent Competition Top 3 with West London singer-songwriter @matildathemann – who wins a slot at next year’s Glastonbury and a £2,500 @PRSFoundation Talent Development prize! Congratulations Matilda! pic.twitter.com/npVQDziYUI

The news was revealed on the Glastonbury Twitter page. The post revealing Matilda Mann in 3rd place was the first announcement made to kick things off. The tweet also discloses that Mann will receive a £2500 PRS Foundation Talent Development prize.

Matilda Mann retweeted the announcement showing her appreciation to be picked as a top three contender, adding that the opportunity to play at Glastonbury is a “Dreammmm come true”.

OMG this is INSANE. Dreammmm come true to be playing at Glastonbury 🥺🥺 https://t.co/Dwx3LZY1us

AJIMAL also retweeted the announcement showing his gratitude, commenting that “This is amazing and currently entirely surreal”.

This is amazing and currently entirely surreal. I’ve been to glasto a few times and always had the most incredible time. It’s been a bucket list dream to play for as long as I can remember, so thank you so much @glastonbury @PRSforMusic @PRSFoundation ❤️ https://t.co/qifAOmOKpv

The winner of the Glastonbury Emerging Talent Competition 2020 is South East London artist R.A.E. The decision was made after R.A.E “wowed the judges with her vibrant hip-hop & R&B!”

And the WINNER of our 2020 EMERGING TALENT COMPETITION is…

SE London’s incredible @itsR_A_E, who wowed the judges with her vibrant hip-hop & R&B!

Huge congrats to R.A.E, who wins a slot on a main stage at Glastonbury 2021 plus a £5,000 @PRSFoundation Talent Development prize! pic.twitter.com/8RequDSHks